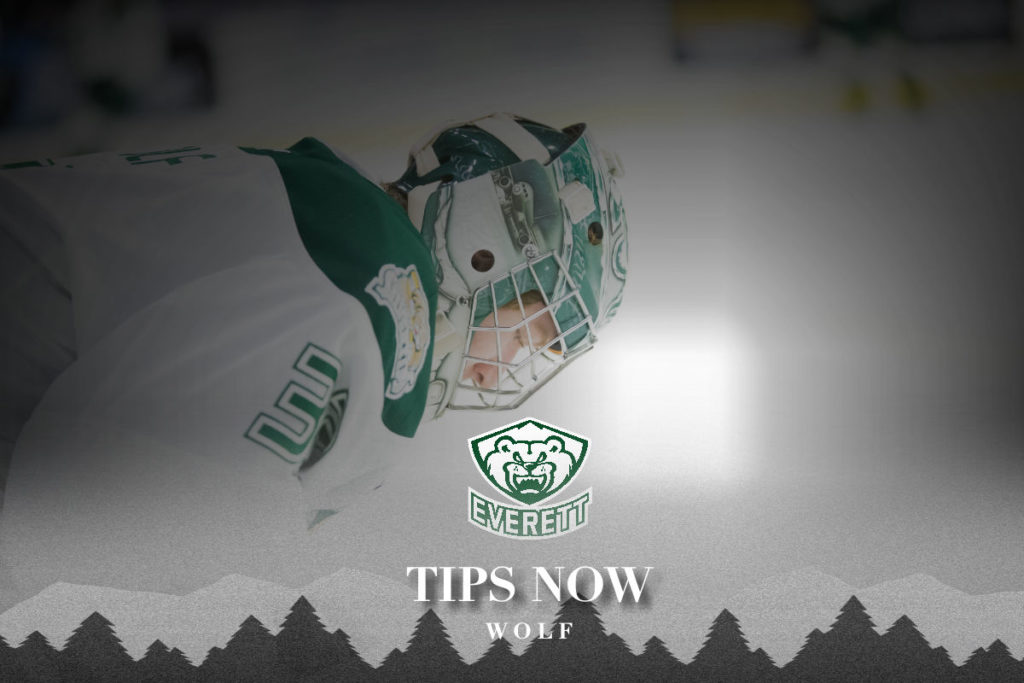 He’s a goaltender who by now needs virtually no introduction, and has begun to forge a career with endless potential.

By each application of a tong and hammer into each game, goaltender Dustin Wolf has already forged a franchise record (41 wins), nearly broke another (second highest save percentage at .941 in one season), and was selected by the Calgary Flames in the NHL Draft, two months ago in Vancouver.

Now, if each application of the hammer continues to carve at the same rate, he’ll also etch a spot on Team USA’s World Juniors squad, following an impressing showing at the World Junior Summer Showcase in Michigan.

He’ll be entering his third season as a Silvertip goaltender, previously a part of back-to-back U.S. Division titles, and as a 16-year old earned playing time behind Carter Hart in the Tips eventual march to the Western Conference title.

How does he get stronger, bigger, and better?

HOW HE EVOLVED: “It was the whole reason I went to Everett. I knew I was going to have the opportunity to be in the spot I am today and I definitely wouldn’t be here without all of the coaches and staff in Everett along with the great teammates.”

ON HOW CONDITIONING AND AGILITY ARE IMPORTANT IN DEVELOPMENT: “They’re both really critical; my speed and agility is one of my strong sets. Trying to continue to improve it and just bulk up and get stronger and so far I’ve been able to do that.”

HOW HIS GAME BENEFITED DURING THE WORLD JUNIOR SUMMER SHOWCASE: “I think just the competition itself and getting to know the guys in the room and the coaching staff. It was a long week with a lot of information and good bonding time and I hope I can be of value to the organization this coming year.”

“I’ve just been training as hard as I can every day and still just trying to get back into the groove of things and it’ll come back to me eventually.”

WHAT THE DRAFT DID TO MOTIVATE HIM: (From the Calgary development camp) “It’s a big step up from junior to pro, and, you know, you want to make a good impression in your first [development] camp out so I think I did a pretty good job and just looking forward to camp in September.”

Massive save by #Flames prospect – and the biggest steal of the draft – Dustin Wolf. He has been great over the past few days. #WJSS pic.twitter.com/gwLzsqhu8Q