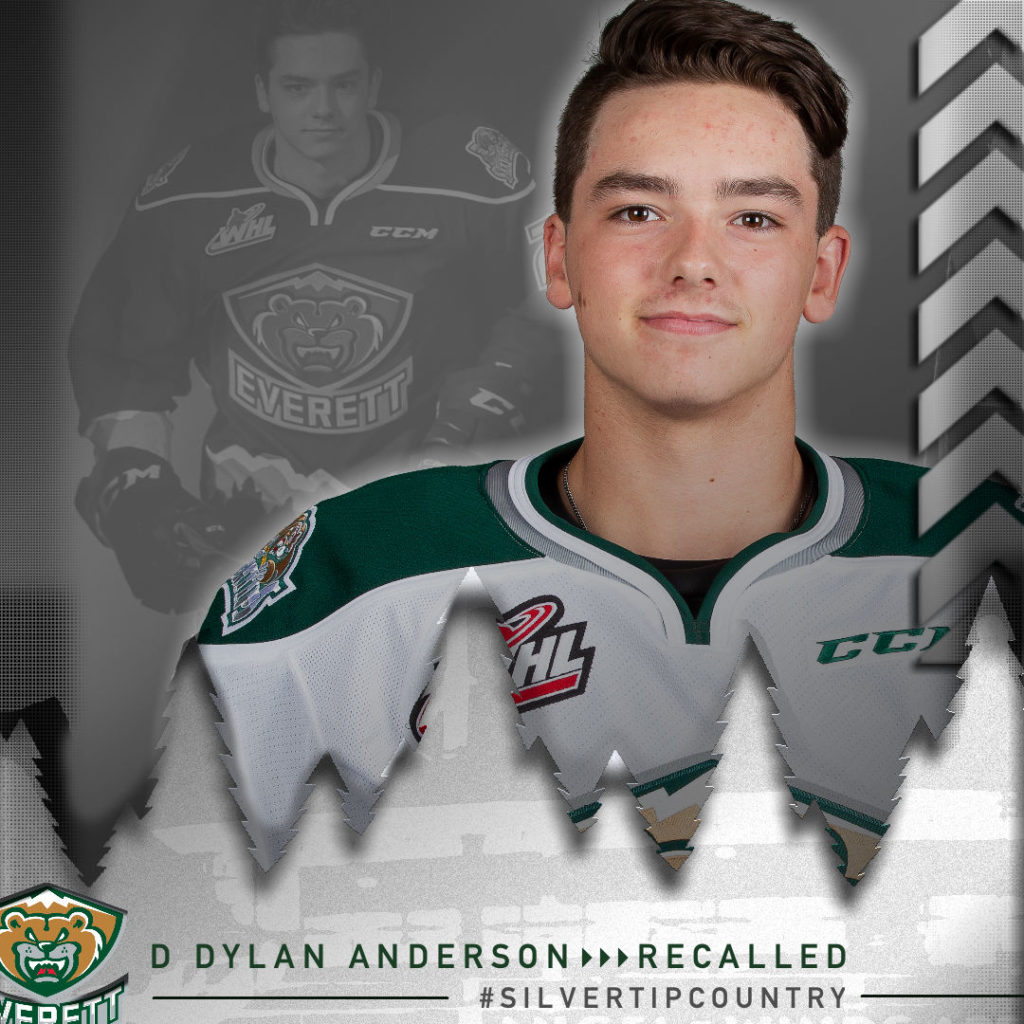 Anderson, a 2002-born defenseman, leads Yale’s defensemen with 12 points in 12 games and has suited up in one game this season with the Silvertips. He made his WHL debut last season in Everett, appearing in one game, and had 13 points in 37 games with the Fraser Valley Thunderbirds (BCMML), helping guide the Thunderbirds to a league championship while appearing in seven games.

The native of Langley, British Columbia was selected by the Silvertips in the fourth round of the 2017 WHL Draft.

Silvertips Mini-Plan Packages are available at www.everettsilvertips.com/season. The Tips , who next play on Friday at Kamloops at 7pm PT, return home on Nov. 14, at 7:05 p.m. against the Portland Winterhawks. Tickets are on sale at www.everettislvertips.com/tickets.