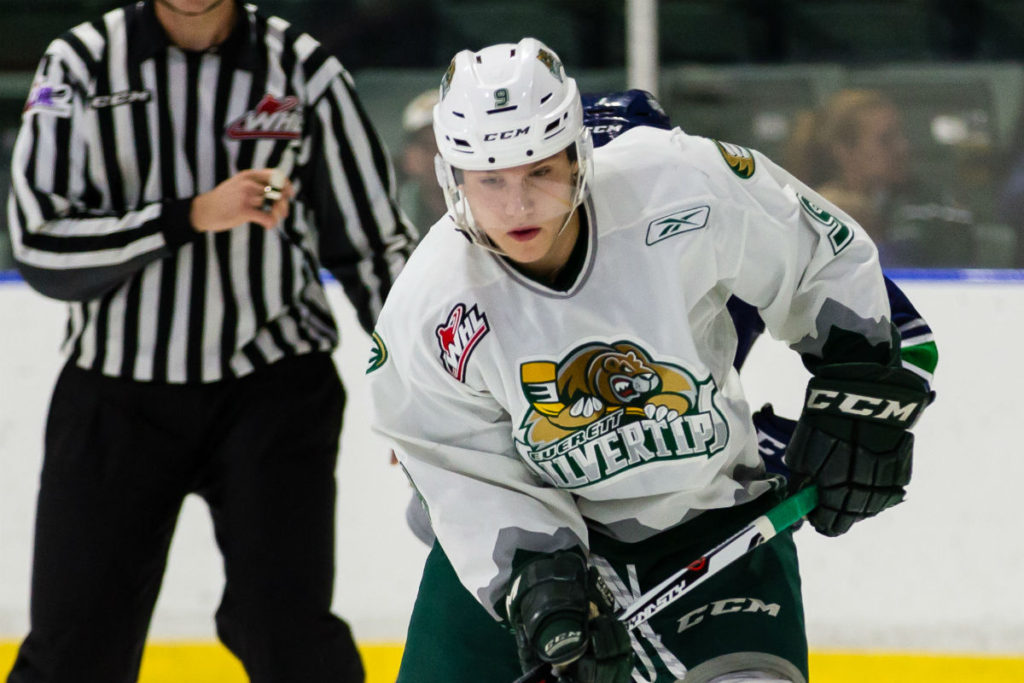 Butt, a native of Buckley, Wash., became the third player raised and trained in the state to sign with the Silvertips (May 16, 2016) since September 2015, joining defenseman Wyatte Wylie and forward Sean Mallonee. He was originally selected by the Silvertips in the sixth round (118th overall) of the 2015 WHL Bantam Draft.

Under head coach and former NHL forward Turner Stevenson, the 6-foot-1 and 200 pound winger led the Jr. Silvertips this season with 29 points and 18 goals in 22 regular season games, additionally suiting up with the Silvertips in four preseason games while tallying one assist.

Dawson’s father, Jamie, suited up for four WHL seasons (1992-96) with the Tacoma and Kelowna Rockets, posting 41 points and 514 penalty minutes in 156 career games followed by two seasons with the Tacoma Sabercats (WCHL) as an 11th round selection in the 1994 NHL Entry Draft of the New York Rangers.

The Silvertips will play tonight, with a 7:35 p.m. (1380 AM / 95.3 FM / Tips App) puck drop scheduled at XFINITY Arena vs. the Portland Winterhawks. Ticket specials are available at www.everettsilvertips.com/ticketpromos.