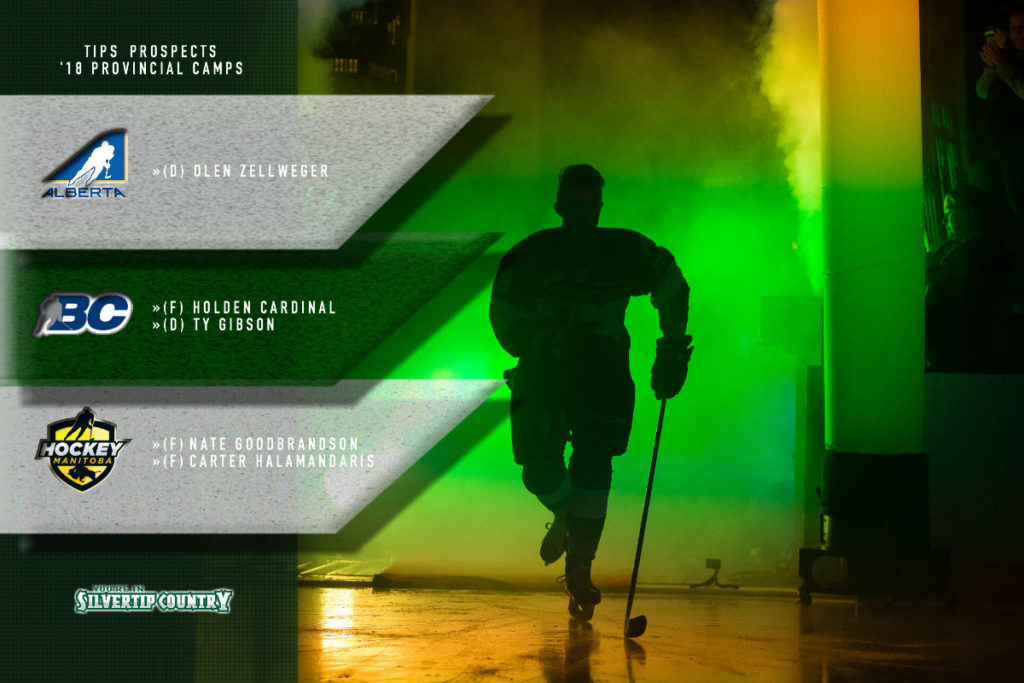 EVERETT, Wash. – The Everett Silvertips (@WHLSilvertips), two-time Western Conference champions and six time U.S. Division champions of the Western Hockey League, announced five prospects they selected in the 2018 WHL Draft have been selected as participants in their respective Under-16 Provincial Camps across Canada.

The following 2003-born prospects were selected for provincial camp participation:

The camps assist with the selection process for each province’s roster for the 2019 Canada Winter Games, Feb. 16-22 in Red Deer, Alberta. Last season, the Silvertips had four prospects compete in the WHL Cup in Calgary, which included Team Alberta’s Ronan Seeley and Brayden Morrison (silver medal finish). Formerly known as the Western Canada U16 Challenge Cup, the event featured the highest-rated players in the under-16 age category from the provinces of Alberta, British Columbia, Manitoba and Saskatchewan in partnership with BC Hockey, Hockey Alberta, Saskatchewan Hockey Association, Hockey Manitoba and Hockey Canada.

The Silvertips selected defenseman Olen Zellweger with their first pick in the 2018 WHL Draft, a second round selection at 42nd overall. The Fort Saskatchewan, Alberta native led the program for scoring among defensemen with 32 points (10g-22a) in 30 games, while adding five points (3g-2a) in five postseason games. He carried eight multi point games through the regular season from the blueline. Zellweger skated in the Alberta Cup (Team Edmonton Blue) and earned a goal and an assist in five games.

The Silvertips will announce their training camp roster and  Silvertips Season Tickets for 2018-19 are available starting with a $50 deposit at www.everettsilvertips.com/season or by calling (425) 252-5100.