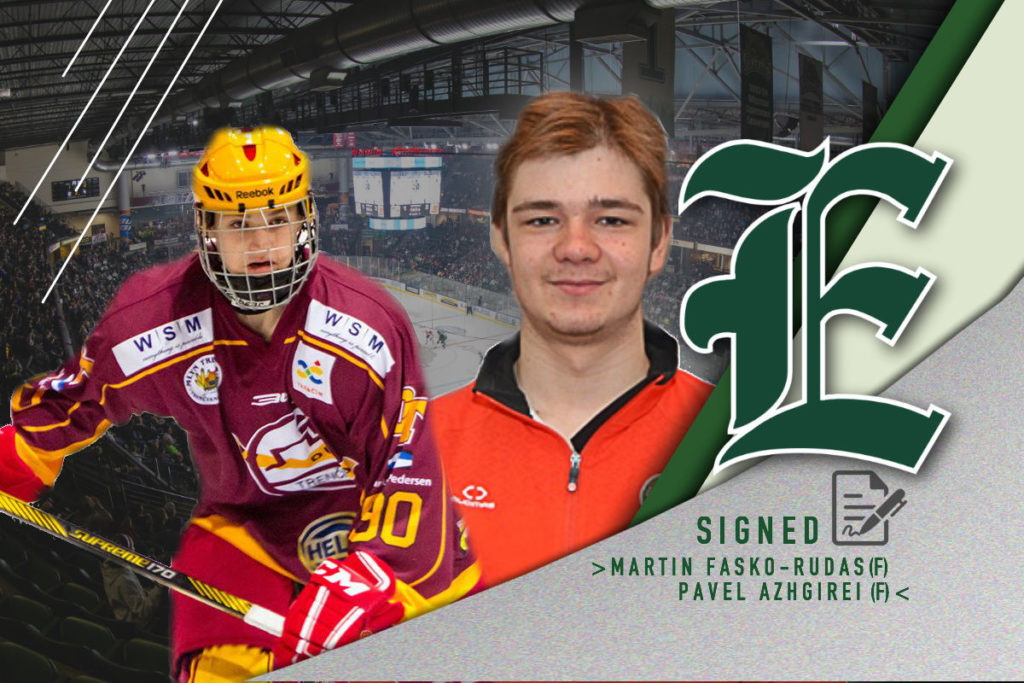 “We’re proud to welcome Martin Fasko-Rudas and Pavel Azhgirei to the Silvertips family and excited they have chosen Everett and the WHL as the next step in their careers,” said Davidson. “Martin and Pavel are young players who have demonstrated potential with their abilities and come with strong recommendations. It was exciting to have the opportunity to select them in the draft, and we are excited to see them on the ice in training camp.”

Azhgirei, 17, helped Belarus’ National U17 club earn a championship at last season’s Mac’s Midget AAA World Invitational Tournament at Scotiabank Saddledome in Calgary, boasting 10 points (4g-6a) in only seven games of competition while burying a pair of goals in the title game victory.

The 6-foot-6, 192-pound forward added three assists in 13 games with Belarus’ U20 squad and earned an assists in seven games with the national team at the U18 World Junior Championships.

Complete CHL Import Draft history for the Silvertips can be found at www.everettsilvertips.com/euro.

The Silvertips open 2017-18 training camp on Thursday, Aug. 24 at XFINITY Community Ice Rink, with the first session scheduled for 11:00 a.m.