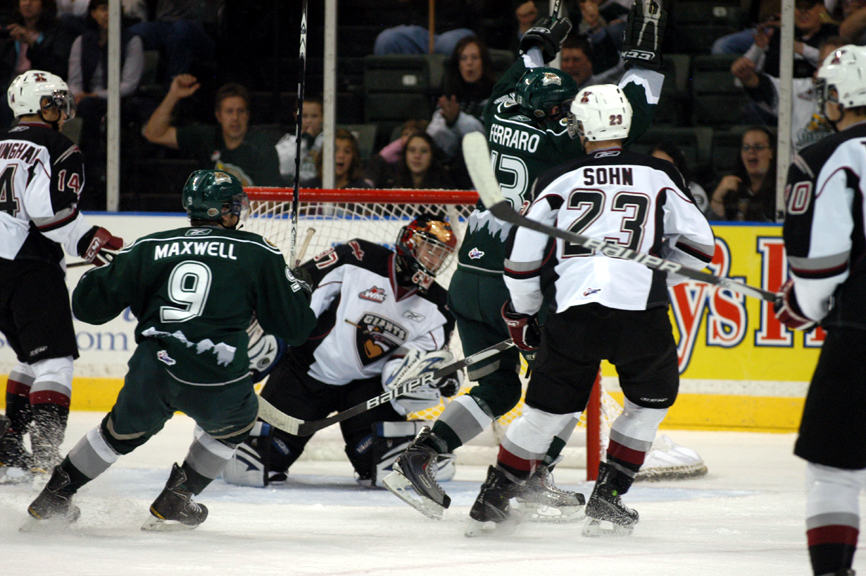 Ferraro got the scoring started for Everett Saturday night with his first goal as a Silvertip at 13:49 of the first period. Kellan Tochkin made a great pass from behind the net through the crease to Ferraro on the back door for a 1-0 Silvertips lead. Kent Simpson played solid in net stopping all 12 Vancouver shots faced in the first period.

Everett added to their lead at 3:36 when Giebel scored his first career WHL goal. Markus McCrea made a tape to tape pass through the slot before Giebel beat Vancouver goalie Brendan Jensen five-hole for a 2-0 lead. Josh Birkholz set up a MacDonald goal on the power play at 7:08 for a 3-0 Silvertips lead. Birkholz drifted to the top right circle before feeding MacDonald on the backdoor for a one-timer past Jensen. Maxwell scored Everett’s second power play goal of the night at 9:16. A Maxwell pass to the front of the net, from the goal line, deflected off Kellan Tochkin and into the back of the net for a 4-0 Silvertips lead. 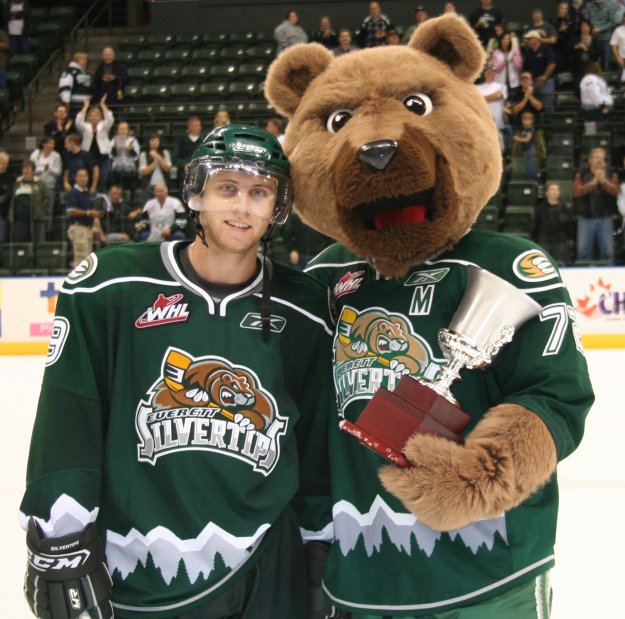 Tochkin and Maxwell hooked up for the game’s fifth goal when Maxwell tallied his third of the season, taking a Tochkin feed Maxwell through the slot at 11:57. James Henry scored Vancouver’s first goal of the game on the power play at 17:56. Everett outshot Vancouver 12-4 in the second period.

The Giants cut Everett’s led to three after Marek Tvrdon scored his third goal of the season at 2:33. Simpson played strong the rest of the period to keep Vancouver off the board and help lead Everett to a 5-2 victory.

This brings the ‘Tips record to 2-0-0-0 with 4 points in 2 games played. Everett comes back home next weekend with a Friday matchup against the Kamloops Blazers and a Saturday meeting with Lethbridge Hurricanes.

The Silvertips opening weekend continues at Comcast Arena tomorrow night Saturday, September 25th for against the Vancouver Giants at 7:00 pm!  Tickets are on sale now at everettsilvertips.com and at the Comcast Arena Box Office! For ticket information, including season seats and ticket packages, please call the Silvertips’ front office at (425) 252-5100.