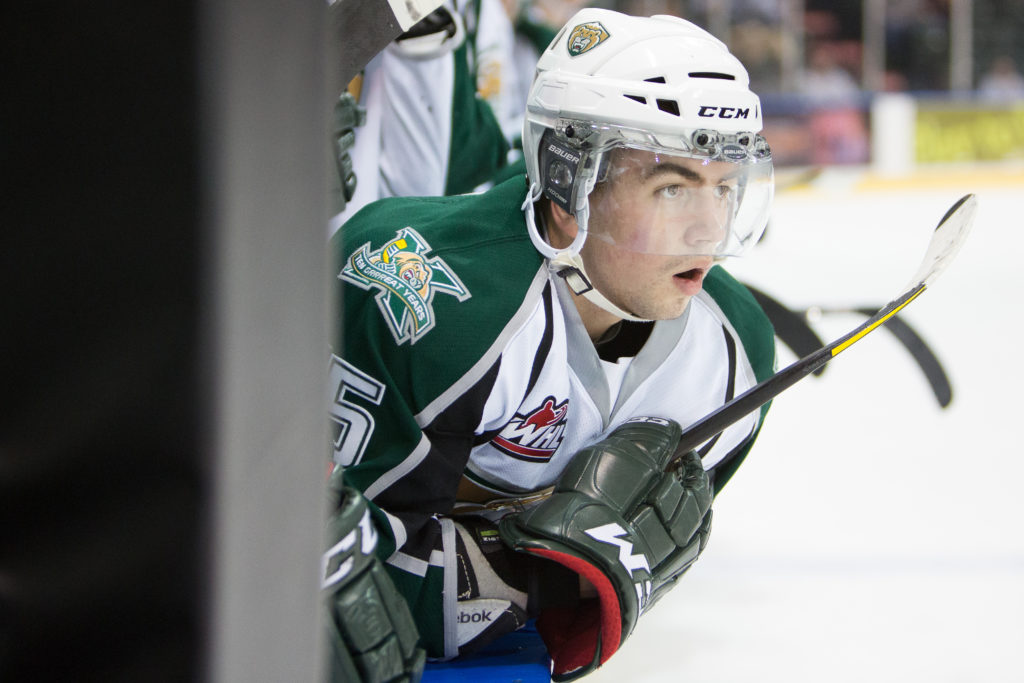 Weekend preview: NEXT UP, TRI-CITY AND SPOKANE

FRIDAY: The Tips will return home after two weeks away to face the Tri City Americans. They’ve already met once this season in a 3-2 takedown of the Ams by the Silvertips in Kennewick, a game that was the Tips first road win of the season and the Americans first loss. Since then, both teams have been pretty successful, with Everett winning five of its last seven on the East Division road trip.

The Tips are looking to maintain their success from a trip where Dustin Wolf was named WHL goaltender of the week with a win on the return home. Their opponent from Kennewick skates fast and hits hard under new head coach Kelly Buchberger, and the Tips have dedicated more time to preparing for an opponent they’ll meet several more times this season.

The Ams are still missing last year’s team playoff MVP, Michael Rasmussen, who looks like he may not return to the WHL from the Detroit Red Wings. It’s a big loss for Tri City, but a benefit for the Tips, who will be seeing the Americans several more times over the course of the season. They’ve made a few additions since the Tips saw them last acquiring Dominic Schmiemann from Calgary and Wil Kushniryk from Kelowna to replace players with long term injuries.

SATURDAY: On Saturday the Silvertips will make a cross state trip to play the Spokane Chiefs for the first time this season. The Tips No. 2 in the WHL penalty kill will be key against the Chiefs No. 3 power play.

Chiefs star player Jaret Anderson-Dolan recently returned from a stint with the Los Angeles Kings, making the team and its power play even more dangerous. The Tips will have to shut down the Chiefs speedy play without much rest between their meeting with the Americans and the trip to Spokane.

Some of the benefits of playing in the WHL come afterward, and those benefits are felt by 21 Silvertips graduates receiving WHL scholarships for the 2018 fall semester. Those former Tips, 18 attending university in Canada and three in the United States, are part of a group of 386 former WHL players utilizing their WHL scholarships, the WHL announced Thursday.

“They cover your tuition fees, which is the biggest benefit, plus your books too,” Carson Stadnyk, a former Silvertip from 2011-16 who is currently pursuing a business degree in management while playing hockey at the University of Saskatchewan, said. “It’s pretty awesome going to school that all gets paid for. It helps you come out there with a degree and get ready for the real world.”

Stadnyk continues to play hockey for Saskatchewan, alongside fellow Tips alum Kohl Bauml, who is in his fourth year studying finance at the university. For Bauml, the scholarship was part of his decision to continue his hockey career in college.

“It made the decision to go to school very easy, just the fact that it was being paid for and I wouldn’t have to worry about paying tuition or getting textbooks,” Bauml said

Alongside tuition, Bauml said the addition of textbooks and other fees to the scholarship has helped him succeed. While many of his peers don’t have the money to spend on textbooks and go without, having textbooks covered has given his grades extra security.

More than just the scholarship, playing in the WHL provided valuable lessons for the Tips graduates.

‘You’re your own person, they treat you like an adult. So from a life perspective it very much impacted me in a very positive way, and obviously from a hockey perspective my time there was really successful. It allowed me to pursue my academic career while still being able to continue to play hockey at the same time.” Kohl

The lessons learned in junior hockey continue to apply as these former Tips transition to careers.

“It helped me learn a lot of important skills,” Tristen Pfeifer, who is getting his masters in finance at Arizona State University, said. “How to work with teammates, how to win, how to lose, how to set your mind on a goal and work for it.”

On returning from the East Division road trip…

SEAN RICHARDS: We’re kind of running on a little bit of a high right now. We’re just going to have to come back tomorrow, stick to our game planning, and keep playing the same way we did on that road trip.

CONNOR DEWAR: I think the road trip brought everyone together, and I think the way we found a way to win games on the road helped build character.

GIANNI FAIRBROTHER: I think five out of seven there is pretty good. We’re definitely riding high on confidence but we just have to keep it one day at a time and just see how it goes… I think we just have to come out hard, come out flying, have a big start.

On facing US Division opponents Tri City and Spokane this weekend…

RICHARDS: We’re going to have to play hard against these two teams this weekend. Tri City, big bodies. Spokane, the little guys have lots of speed so we have to just stick to our game plan.

FAIRBROTHER: They’re pretty different, but the same at the same time. They’re both fast teams that hit, so it should be good.

DEWAR: A bit more in depth just because we’re going to see these teams a lot coming up. US Division games are pretty tough, tight checking, and everyone knows each other out there on the ice.