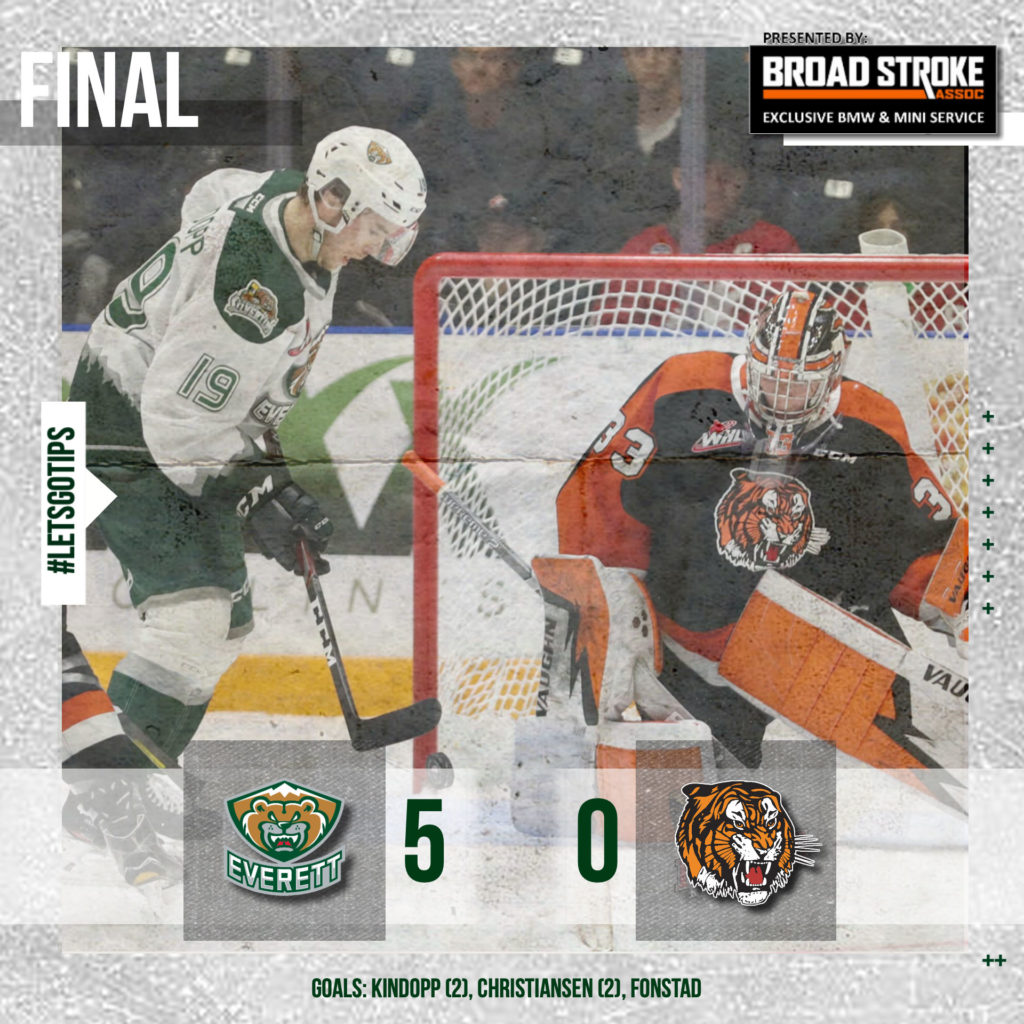 MEDICINE HAT, Albert – Jake Christiansen and Bryce Kindopp each scored twice and Dustin Wolf turned in his 16th career shutout on 41 saves to help the Everett Silvertips dismantle the Medicine Hat Tigers in a 5-0 victory before 3,042 fans on Saturday at Canalta Centre in WHL action.

The Tips earned their first win in Medicine Hat since Nov. 22, 2013 and moved their win streak to three straight games on the road, also holding the league’s top ranked offense and power play to an 0-of-5 clip. Cole Fonstad, scoring a second period goal, earned his second straight three point game.

UP NEXT: The Tips finish their first part of the Central swing and continue their five-game trip on Sunday, 3:05 p.m. PT (KRKO / Tips App) against the host Calgary Hitmen at Scotiabank Saddledome and return home for Teddy Bear Toss presented by Ace Hardware on Saturday, Dec. 14 against the Vancouver Giants, 7:05 p.m. in downtown Everett. Tickets are on sale with a large crowd expected, available at the link below. The game will also host the next Chick-fil-A Fan 4 Pack, offering 4 tickets and 4 sandwiches for as low as $56.