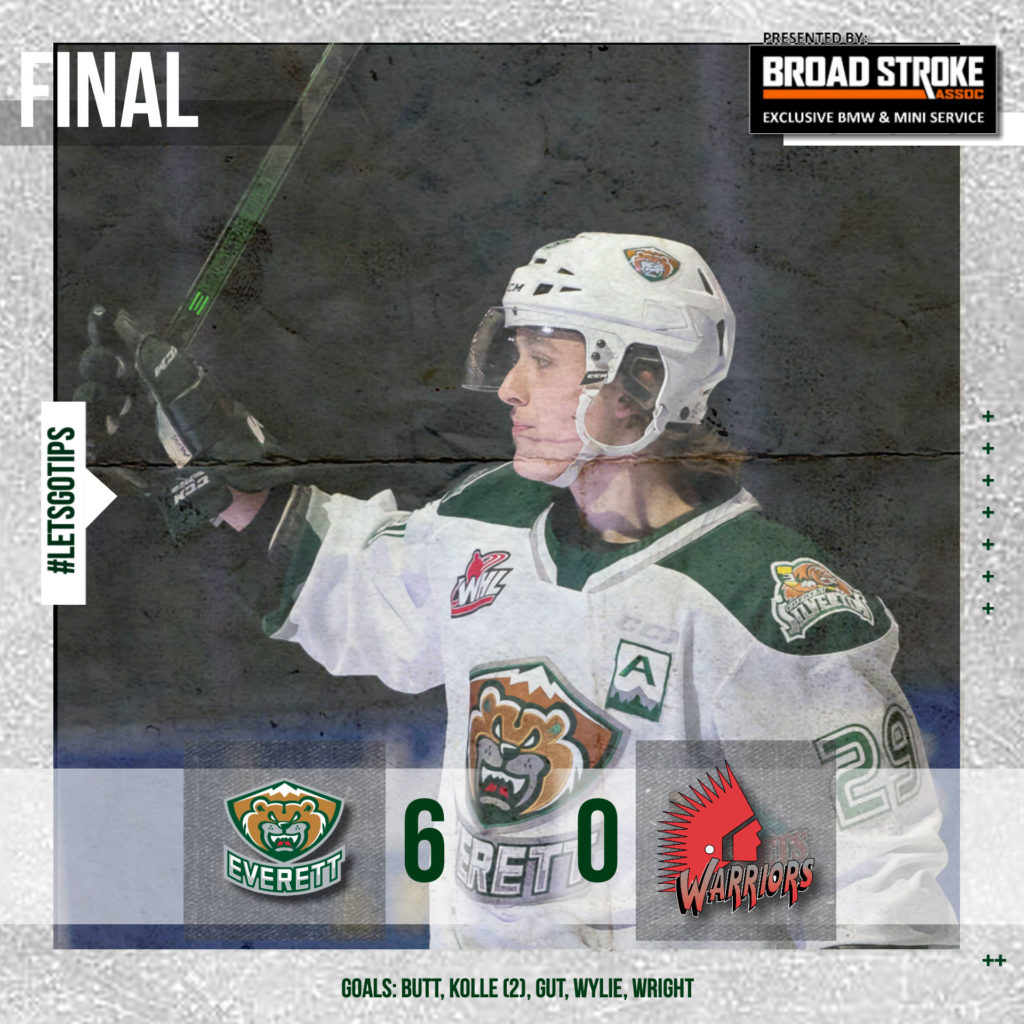 EVERETT, Wash. –  Ty Kolle scored a pair of goals and Ronan Seeley racked up three points to help the Everett Silvertips crush the Moose Jaw Warriors in a 6-0 victory before 3,724 fans at Angel of Winds Arena on Wednesday in WHL action.

The Tips improved to 11-1-1 in the last 13 games, extending their season long home winning streak to seven straight games. Dustin Wolf only had to make 10 saves in net to earn his 20th career WHL shutout, tied for fifth in WHL history with Dustin Slade and Justin Pogge – he is also one shutout away from tying Leland Irving’s 21 shutouts, 2nd all time in Tips history.

UP NEXT: The Tips continue their five-game homestand on Friday, 7:35 p.m. against the Prince George Cougars in downtown Everett for Hockey Happy Hour presented by BroadStroke Associates. Tickets with a free beverage voucher are on sale as low as $22, with doors opening at 6:00 p.m.

The Tips left this one with little in doubt. Dawson Butt’s seventh goal of the year came 19 seconds into the game, the fastest start with a goal to begin a game this season, as he uncorked a snap shot from the left circle for a 1-0 advantage. Ty Kolle then parked a rebound off Ronan Seeley’s point shot for a 2-0 advantage at 11:29 and Michal Gut reached double digits in goals on a wide open look at the left circle with 1:40 left in the period, following Kasper Puttio’s bid from the right point.

The Silvertips outshot the Warriors, 15-1 to open the game through 20 minutes.

More of the same followed in the second period – Wyatte Wylie’s 13th goal put the Silvertips ahead 4-0 just 26 seconds into the frame on his blast from the right point. The Silvertips limited Moose Jaw to just five shots on net during the second and one of Wolf’s more difficult saves came on Ryder Korczak from the right circle.

The Silvertips put the game away with a pair of goals in the third period – Kolle buried a rebound just 2:30 into the period and Ronan Seeley’s point blast deflected off traffic, including a screen set by Jacob Wright, eight minutes in to put the Tips up 6-0 and seal the victory.

Brock Gould made 36 saves and took the loss in net.

GAME NOTES: Scratched from tonight’s game were Hunter Campbell, Hunor Torzsok, Gianni Fairbrother, Jackson Berezowski, and Aidan Sutter … Seeley’s three assists finished one point shy of a career high for points in a game … the Tips improved to 12-5 vs. Moose Jaw, head-to-head … Portland was idle on Wednesday, and the Silvertips moved to within seven points of first place in the U.S. Division.

Silvertip Country Window Bear Challenge
BEAR HUNT CHALLENGE: How Many Can You Fill the Window?
3 days ago 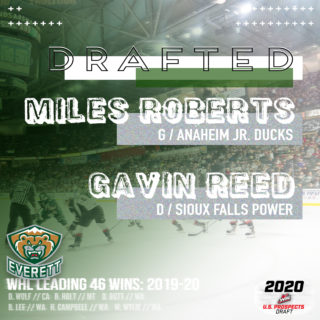