TIPS WIN » That Seels The Deal 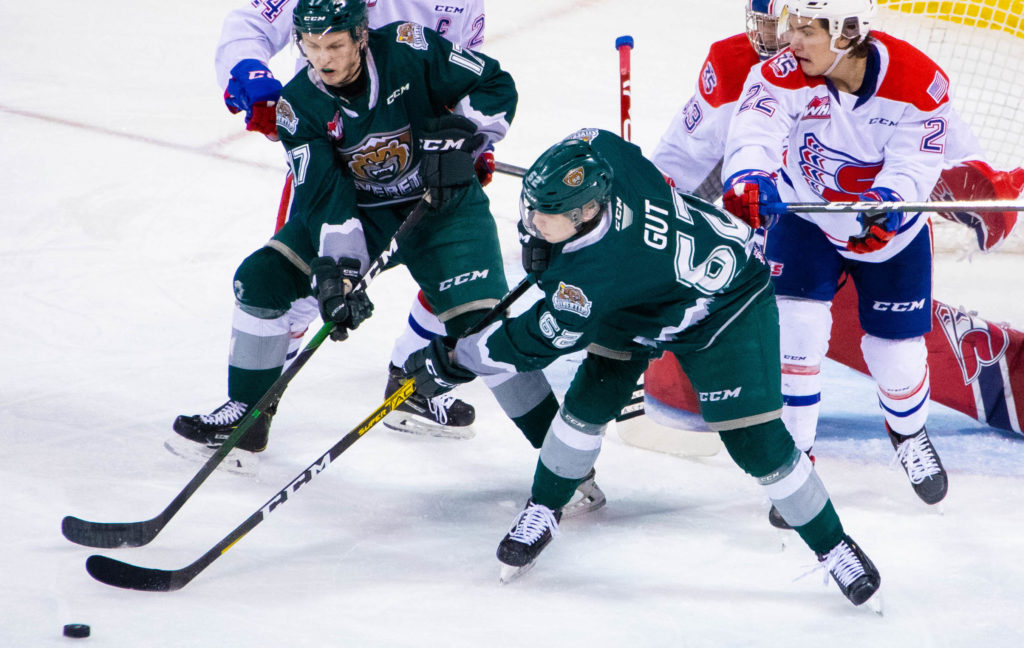 SPOKANE, Wash. – Co-captain Ronan Seeley logged an assist on the first goal of the season and scored the winner at 2:17 of sudden death overtime to lift the Everett Silvertips to a 4-3 overtime victory over the Spokane Chiefs, before a crowd of 3,303 at Spokane Arena on Sunday.

The Silvertips won their season opener for the second year in a row, overcoming a pair of rallies by Spokane including a late, game-tying goal from Mac Gross. The Silvertips, 1-0 on the season, will rest until Friday when they open their home schedule against the Portland Winterhawks and hoist their 8th U.S. Division championship banner into the rafters of Angel of the Winds Arena at 7:05pm.

Jackson Berezowski and Jacob Wright scored back to back goals for the Silvertips, building a 2-0 lead by 9:55 of the opening period. Berezowski banked a pass from the goal line off a Spokane defender, past goatlender Mason Beaupit for a power play goal at 7:06, and Wright followed a highlight reel save by Koen MacInnes with a snap shot between the circles at 9:55 for a 2-0 lead.

Spokane erased the deficit on back-to-back strikes from Ty Cheveldayoff and Luke Toporowski to tie the game in the second period, first with Cheveldayoff converting at the front of the net at 5:22 and then Toporowski’s shorthanded goal at 14:25.

Ryan Hofer helped the Silvertips seize the lead with 1:40 left in the second period for a 3-2 advantage, but Mac Gross buried a left point shot with 1:52 left in regulation to keep the Chiefs alive.

Seeley ended the game for the win at 2:17 when he took Michal Gut’s pass (who nearly finished the Chiefs on a missed backhander) and buried a re-direction from the left circle, sending the Silvertips into a celebration as they each took a leap over the boards.