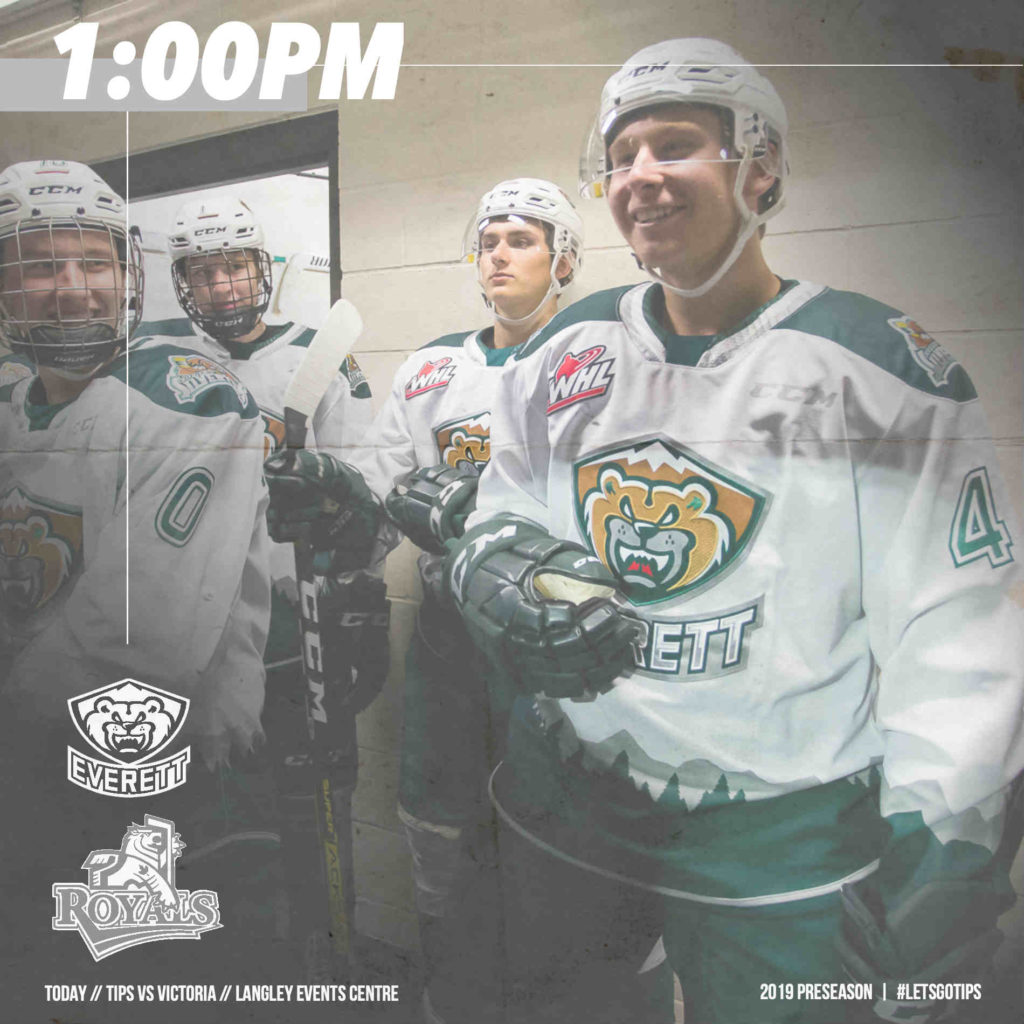 PREVIEW: The Tips continue their British Columbia road trip against the Victoria Royals on Sunday, September 8th for a matinee match at 1:00pm. It will be the only time the teams meet in pre-season play, and the first in pre-season since the 2015-16 campaign.

UP NEXT: The Tips will close the 2019 pre-season on Tuesday, a 7:05 p.m. face-off against the U.S. Division rival Seattle Thunderbirds from accesso ShoWare Center in Kent.