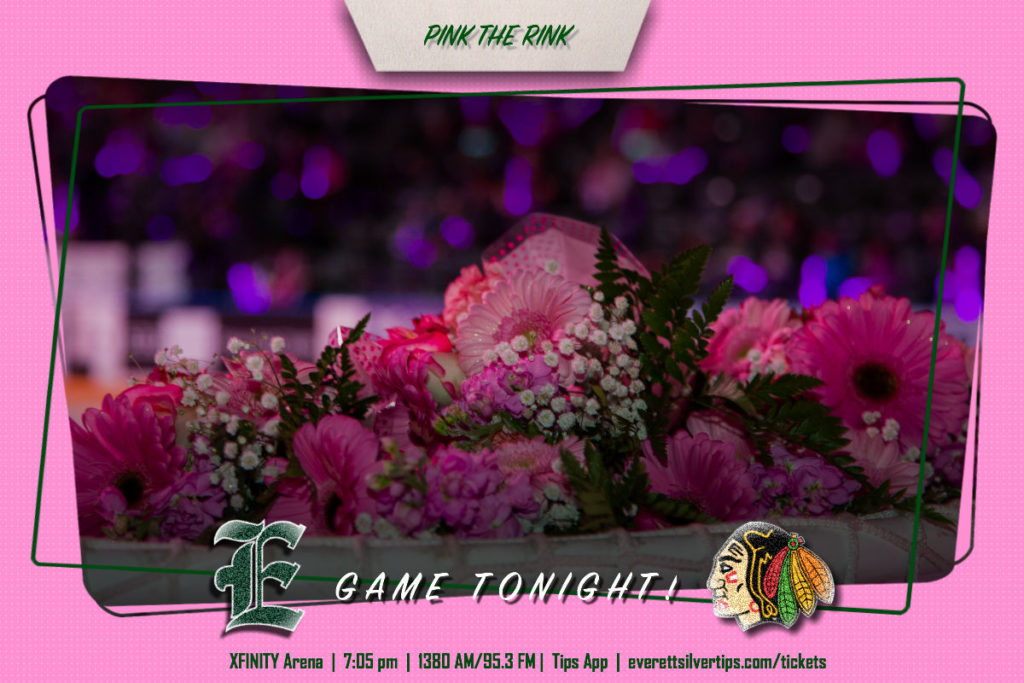 Third of ten meetings this season and the second in Everett … annual fundraising game, “Pink the Rink” to benefit breast cancer prevention and treatment, in partnership with Safeway and Providence Regional Medical Center … game #147 in the all-time series … end of a two-game home stand (Tips are 1-0-0-0) … Silvertips are 70-62-14 in the all-time series … the last visit for Portland to Everett was Sept. 23 on Opening Night, and the Silvertips were defeated, 7-4 … Portland comes off back to back wins, and defeated Spokane last night, 4-1 at Spokane Arena

LAST GAME (EVT 3 – PG 1 / 11-3-17): – Patrick Bajkov scored a late game winning goal for the second straight game, with 1:22 to play in regulation and help lift the Everett Silvertips to a three-game win streak and 3-1 victory over the Prince George Cougars, before 3,579 fans at XFINITY Arena in WHL action on Friday. The Silvertips were backstopped by the return of Carter Hart from illness, triumphant in his home debut with 23 stops. Counterpart Tavin Grant kept the Cougars in the balance for much of the game and tied his career high with 47 saves. Connor Dewar, who sealed the game with an empty net goal, added an assist to give the Tips their first win at home since Sept. 24.

EVT 3 – REG 2 (SO) (11/4/06): Peter Mueller ripped a first round goal past Linden Rowat while Shane Harper and Moises Gutierrez scored in the second and third period respectively to manufacture a 3-2 Tips shootout victory at Regina 4,595 fans at Brandt Centre … Mueller was named first star … Leland Irving earned the win in net with 20 saves.