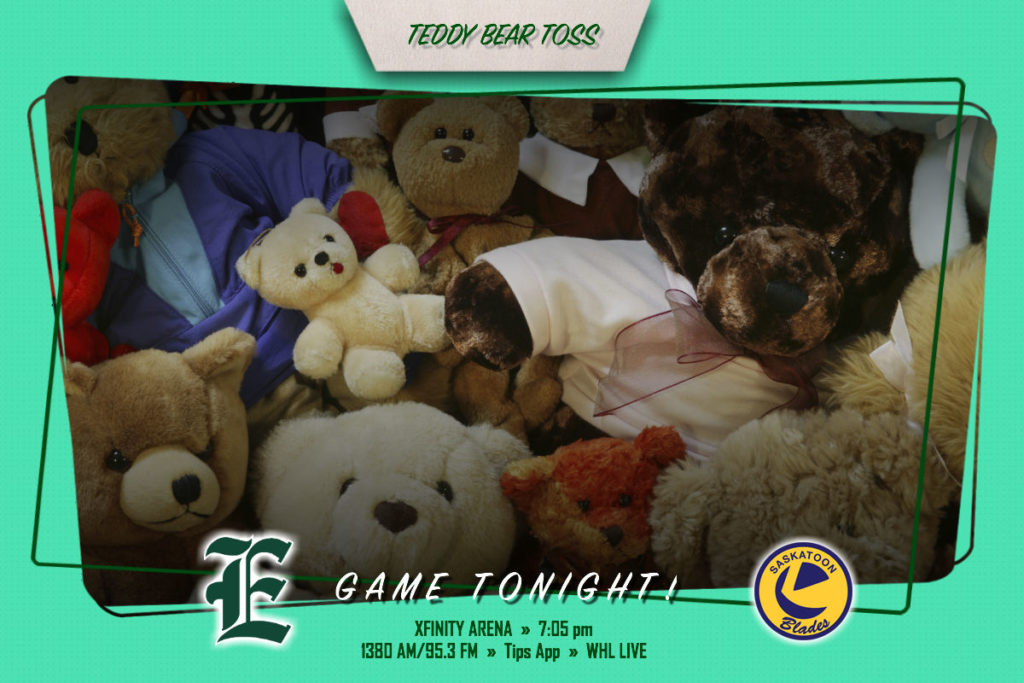 TONIGHT’S MATCHUP AND SERIES NOTES
Second of four meetings with the Kamloops Blazers … stuffed animals donated by fans upon the Tips first goal will be distributed across Snohomish County through Christmas House … the Silvertips own a 33-17-4-4 record, all-time vs. Kamloops … they were 2-1-0-1 last season and outscored the Blazers, 9-8 head-to-head … the Silvertips own a 8-0-1-0 record in the last nine meetings at Kamloops … the Silvertips went 7-3-0-1 in the month of November … the Blazers have won five games in a row and eight of the last ten games … tonight is the final regular season game for Tips overage defenseman and Kamloops native Kevin Davis in Kamloops.

LAST GAME (EVT 5 – VAN 2 / 11-25-17): Everett native Wyatte Wylie scored his first career WHL goal and was named first star of the game, manufacturing five unanswered goals while the power play exploded for a 3-of-7 effort en route to a 5-2 Everett Silvertips victory over the Vancouver Giants before 4,714 fans at XFINITY Arena on Saturday. The Silvertips won for the ninth time in 13 games (9-3-0-1), staying within a point of the Spokane Chiefs for third place and reaching within two points of Tri-City for second in the U.S. Division. Five other Silvertips, in addition to Wylie, enjoyed multi point games while goaltender Carter Hart turned in a 22 save effort for the win.