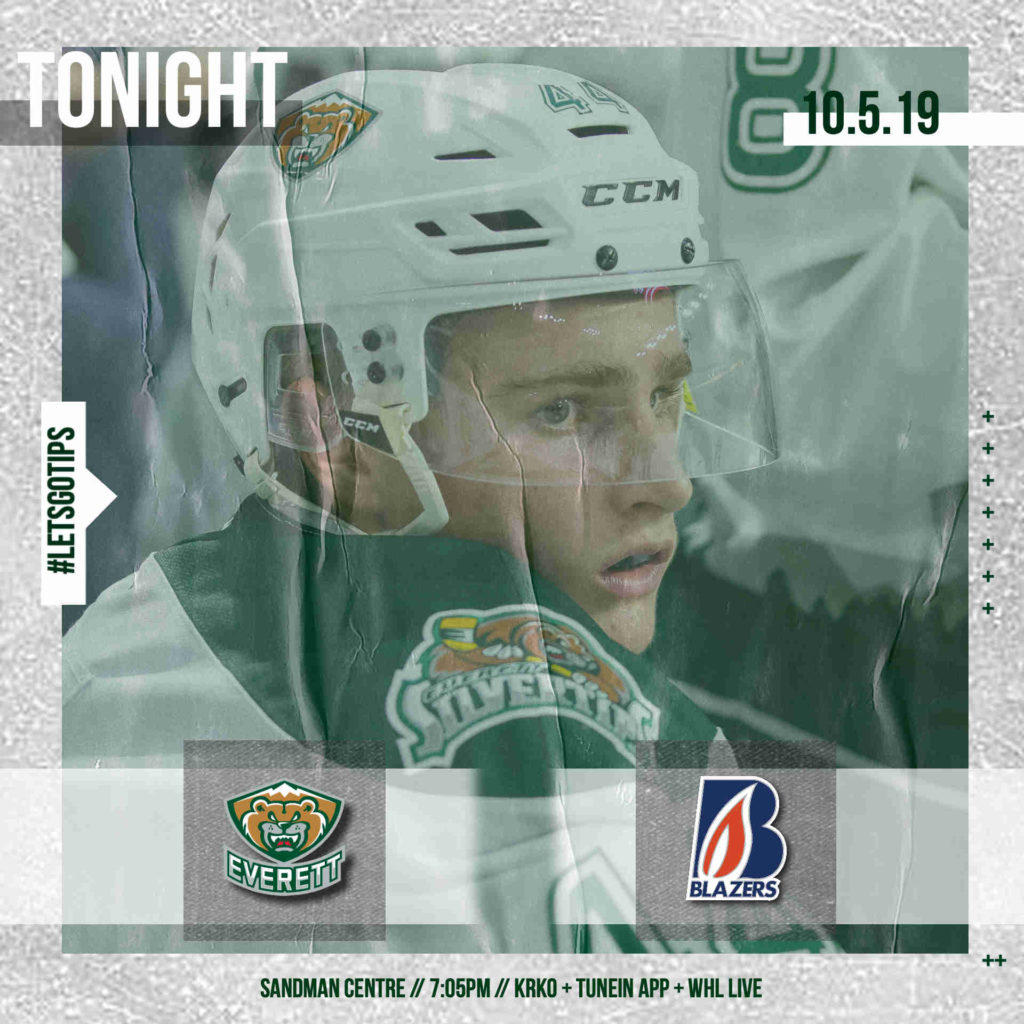 First of four meetings with the Blazers … the Silvertips continue a four-game road swing, and have concluded a stretch of one game in a span of 13 days … the Silvertips went 15-4-0-1 last season against opponents from the B.C. Division (1-1 this season) … the Tips are 10-1-1-0 in the last five years against the Blazers, including a 4-0-0-0 in last year’s regular season series … their next meeting will be in downtown Everett, Oct. 5 and will meet again at Kamloops on Dec. 28.

LAST TIME OUT:
KEL 5 – EVT 1 (9-28-19): Kaedan Korczak earned a pair of assists while Roman Basran stopped 26 shots as the Kelowna Rockets defeated the Everett Silvertips, 5-1 on Saturday night before a crowd of 5,011 at Prospera Place in WHL action. Jackson Berezowski had the only Silvertips goal, a breakaway tally in the third period while Wyatte Wylie extended his points streak to three straight games.

DID YOU KNOW?
1) EXPERIENCE MATTERS: The Silvertips added defenseman Gianni Fairbrother as an assistant captain for the 2019-20 season, joining fellow assistants Wyatte Wylie, Max Patterson, and captain Bryce Kindopp … the quartet have combined for 784 career WHL regular season games and 156 career WHL Playoff games, all skating in the 2018 WHL Championship Series.
2) THE DISH ON WYLIE: Tips assistant captain and Everett, WA native Wyatte Wylie has a three-game point streak … he earned an assist on Sept. 28, at Kelowna on a goal from Jackson Berezowski … Wylie has four points (2g-2a) in three games.
3) KAMLOOPS CONNECTION: Tonight is the first of two games this season the Tips will visit Kamloops … among those with local connections include overage forward Max Patterson and defenseman Aidan Sutter, both originally from Kamloops, BC … the Tips have nine players originally from the province.