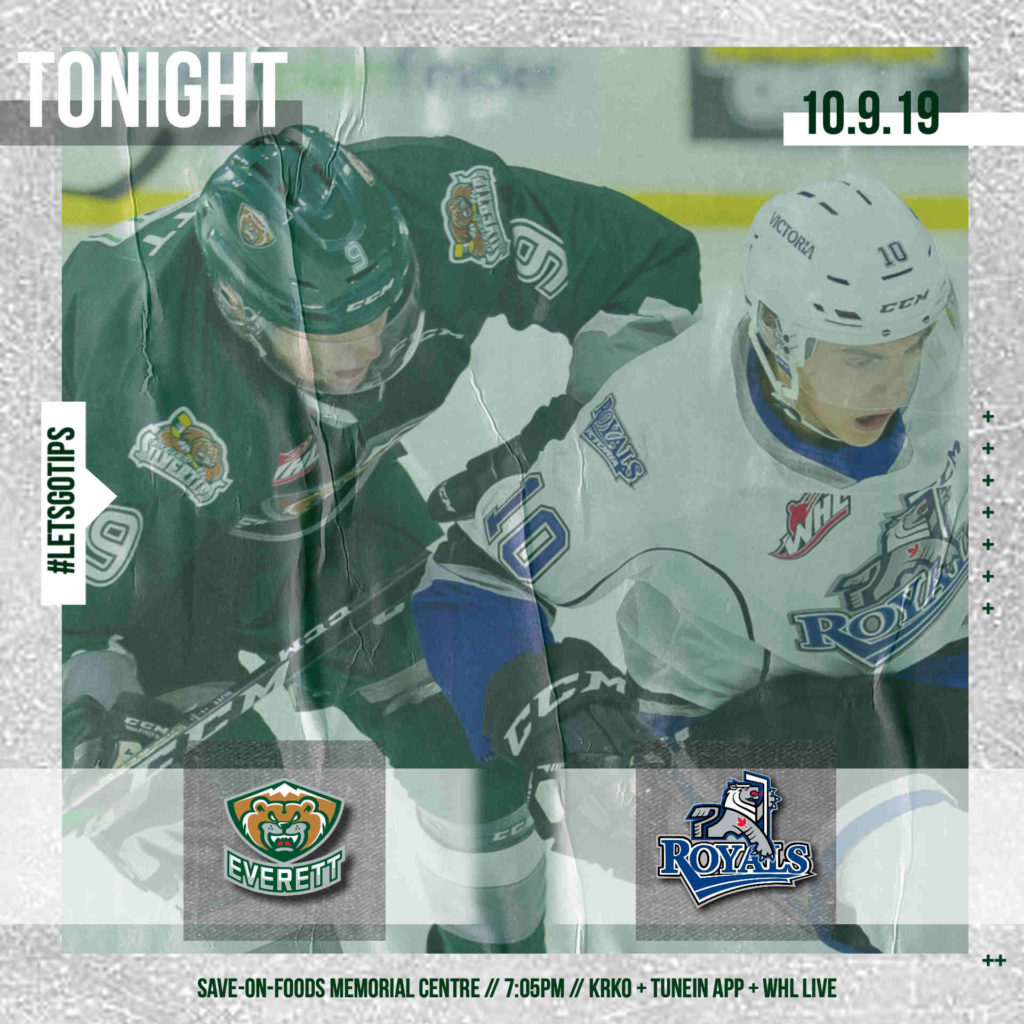 LAST TIME OUT:
EVT 4 – SPO 3 (10-6-19): Bryce Kindopp continued his torrid pace with a league leading seven goals by the end of the night, and pumped in two goals with an assist, while Michal Gut generated three assists to lift the Everett Silvertips to a 4-3 comeback victory over the Spokane Chiefs before 3,401 fans on Sunday in WHL action at Spokane Arena. Kindopp surpassed Zack Dailey for 16th, all-time on the Silvertips points list while Brendan Lee and Jacob Wright each scored the first goal of their WHL careers. Keegan Karki stopped 27 shots for his first career WHL victory, weathering a two point night from Adam Beckman.

DID YOU KNOW?
1) EXPERIENCE MATTERS: The Silvertips added defenseman Gianni Fairbrother as an assistant captain for the 2019-20 season, joining fellow assistants Wyatte Wylie, Max Patterson, and captain Bryce Kindopp … the quartet have combined for 792 career WHL regular season games and 156 career WHL Playoff games, all skating in the 2018 WHL Championship Series.
2) NHL CENTRAL SCOUTING RADAR: Tips forward Michal Gut and defenseman Ronan Seeley were named to the NHL Central Scouting “players to watch” preliminary rankings (both: C ranking) ahead of the 2020 NHL Draft in Montreal … Gut entered the week tied for fourth among WHL rookies with five points (1g-4a) in three games … Seeley has a pair of assists and a +2 rating in five games.
3) WILLING TO 100: Silvertips head coach Dennis Williams is 7 wins away from 100 in his WHL career … he was behind the bench this summer for Team Canada, earning a silver medal at the Hlinka Gretzky Cup in Europe … Williams was named WHL Western Conference Coach of the Year in 2017-18.

HEAD TO HEAD WITH VICTORIA