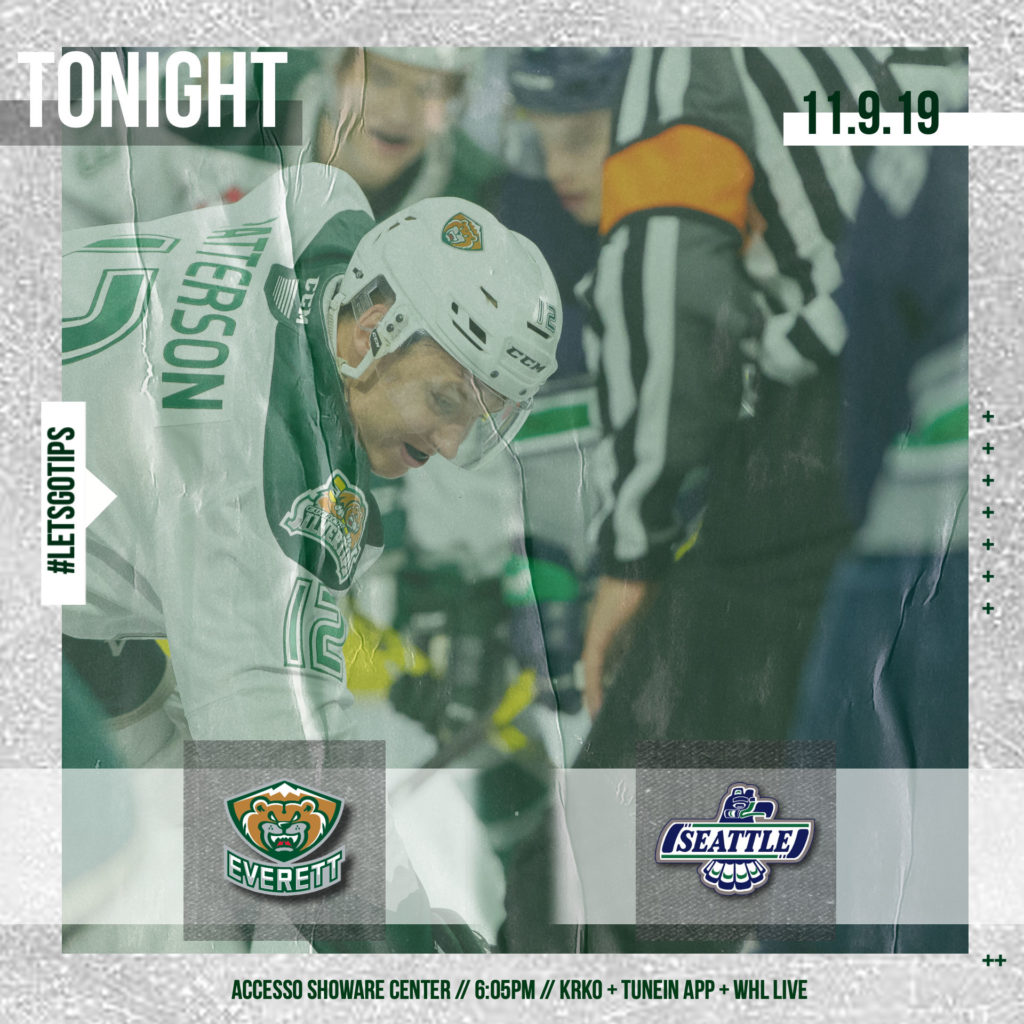 LAST TIME OUT:
EVT 4 – SPO 3 (11-8-19): Gage Goncalves scored twice and Dustin Wolf’s 34 saves were enough to lift the Everett Silvertips to a 4-3 victory over the Spokane Chiefs before 4,818 fans on Friday night in WHL action at Spokane Arena. The Silvertips won for the sixth straight game on the road and have won eight of the last nine games, powered by a special teams unit that went 2-of-5 in the game and are now 4-of-9 against the Chiefs, head-to-head this season. The Tips also won for the 8th time in the last 11 meetings with Spokane.
SHOTS: SPO 37 | EVT 26

DID YOU KNOW?
1) HOWLING GOOD TIME: Tips goaltender Dustin Wolf was named WHL Vaughn Goaltender of the Month last Thursday (second time in his career) … he leads the WHL with a .936 save percentage and is tied for the WHL lead in shutouts (2) this season … his current lifetime save percentage of .934 is #1 in Silvertips all-time history.
2) WORKING 24-7: The Tips moved up to #7 in the CHL Top-10 poll, released on Wednesday … they have won nine of their last 11 games … they are 9-0-0-0 in one-goal games and 5-0-0-0 when leading after two periods this season.
3) MOVING UP: Bryce Kindopp’s two-goal game on Sunday moved him to 7th all-time in Silvertips goals (83), surpassing Matt Fonteyne … he needs four goals to tie Zach Hamill for 6th on the Tips all-time list.