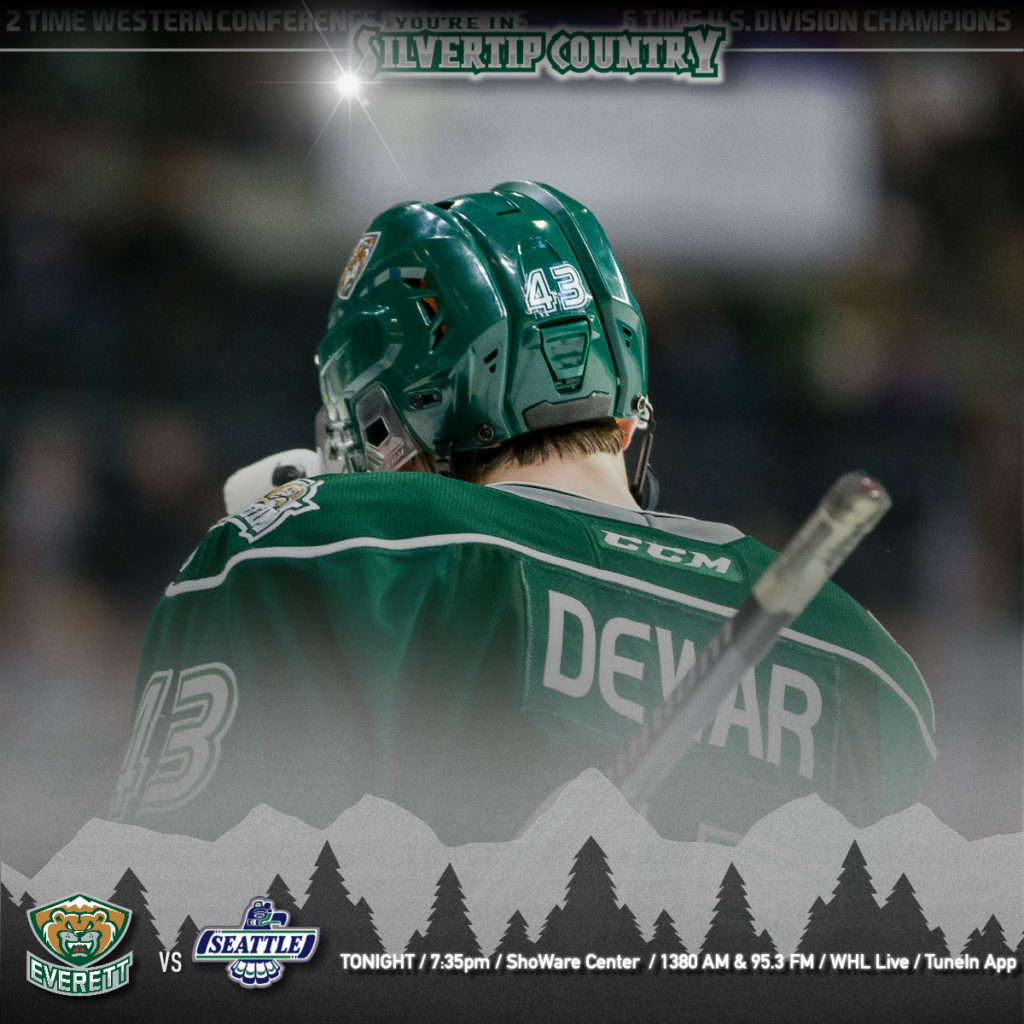 The Silvertips and Thunderbirds battle for the fifth meeting of 10 this season … the Silvertips are 7-7-1-2 covering the last five seasons in Kent, Wash … it is the first meeting in Kent between the two teams since Dec. 8, 2018 when the Silvertips defeated Seattle, 2-1 … Bryce Kindopp leads both teams in scoring for the series with six points in four games … the Silvertips have won six straight games in Kent, Wash. including last year’s postseason and have won seven straight regular season meetings … the Tips are 17-6-1-1 against opponents from the U.S. Division.

LAST TIME OUT:
EVT 9 – LET 1 (1-26-19): The Silvertips stuffed the stat sheet tonight while setting a franchise record with having scored six goals in a single period, as the Everett Silvertips blow past the Lethbridge Hurricanes, 9-1, before a sellout crowd of 8,343 fans at A.O.T.W Arena on Saturday night. Zack Andrusiak recorded his sixth hat trick of his career, and first as a Silvertip, while he recorded four points on the night. There were 14 Silvertips who recorded a point in tonight’s game, six of who had multi-point nights. The Tips also scored five power play goals (breaking a six-game drought), tying a franchise record for most in one game. Andrusiak’s hat trick was his first as a Silvertip and fourth this season.