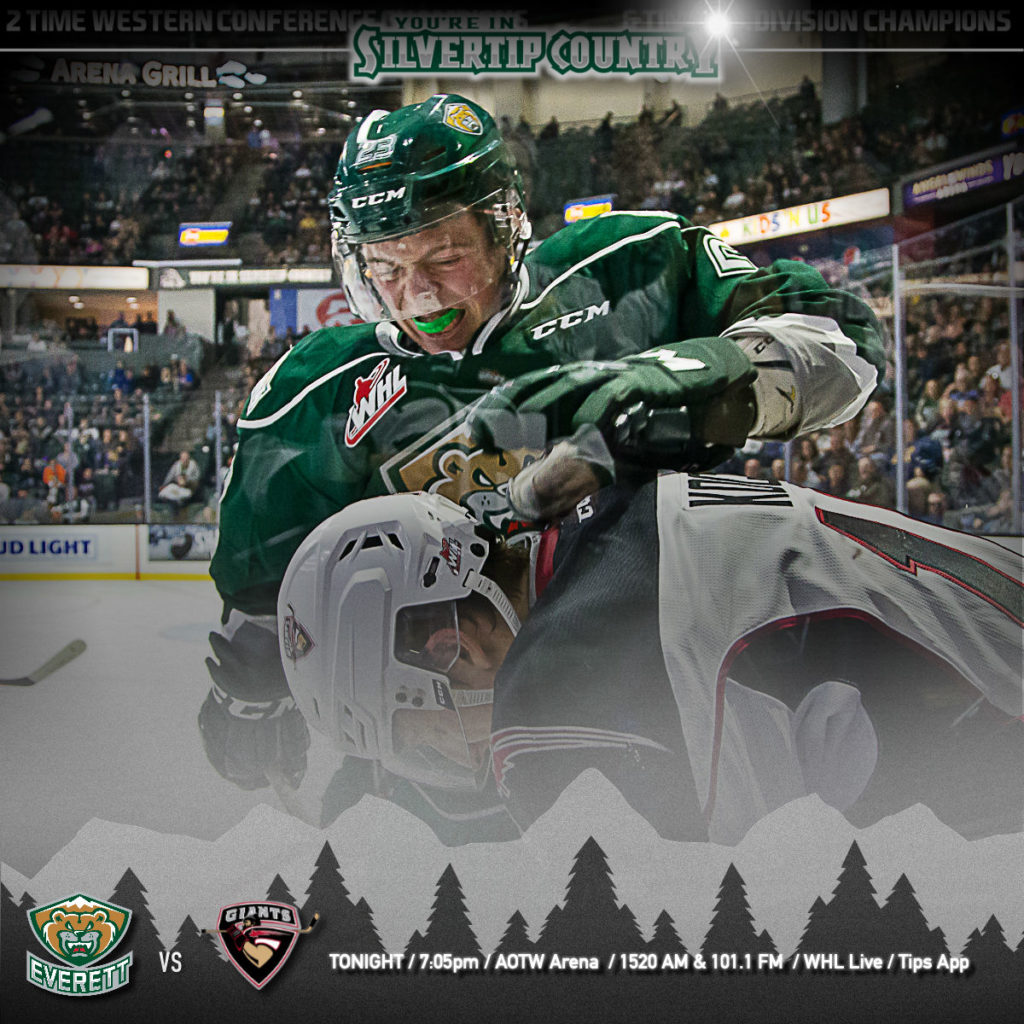 LAST TIME OUT:
POR 5 – EVT 2 (11-16-18): Joachim Blichfeld collected a hat trick and added an assist while Cody Glass dished three assists to help the Portland Winterhawks get by the Everett Silvertips, 5-2 at Veterans Memorial Coliseum before 4,007 fans on Friday in WHL action. By taking just their second loss in the last ten games and seeing their seven game road win streak snapped, the Tips dropped to a tie with Vancouver for top record in the Western Conference and two points ahead of Portland for first place in the U.S. Division. Jalen Price and Sean Richards scored both Silvertip goals.

The Silvertips will make their home ice at A.O.T.W. Arena the host venue USA Hockey’s training camp for the upcoming 2019 IIHF World Junior Championships … Team USA will skate in downtown Everett between Dec. 14-18, showcasing a collection of the top end U.S. born players under 20 years of age … all practices (times TBA) are scheduled to be open to the public.