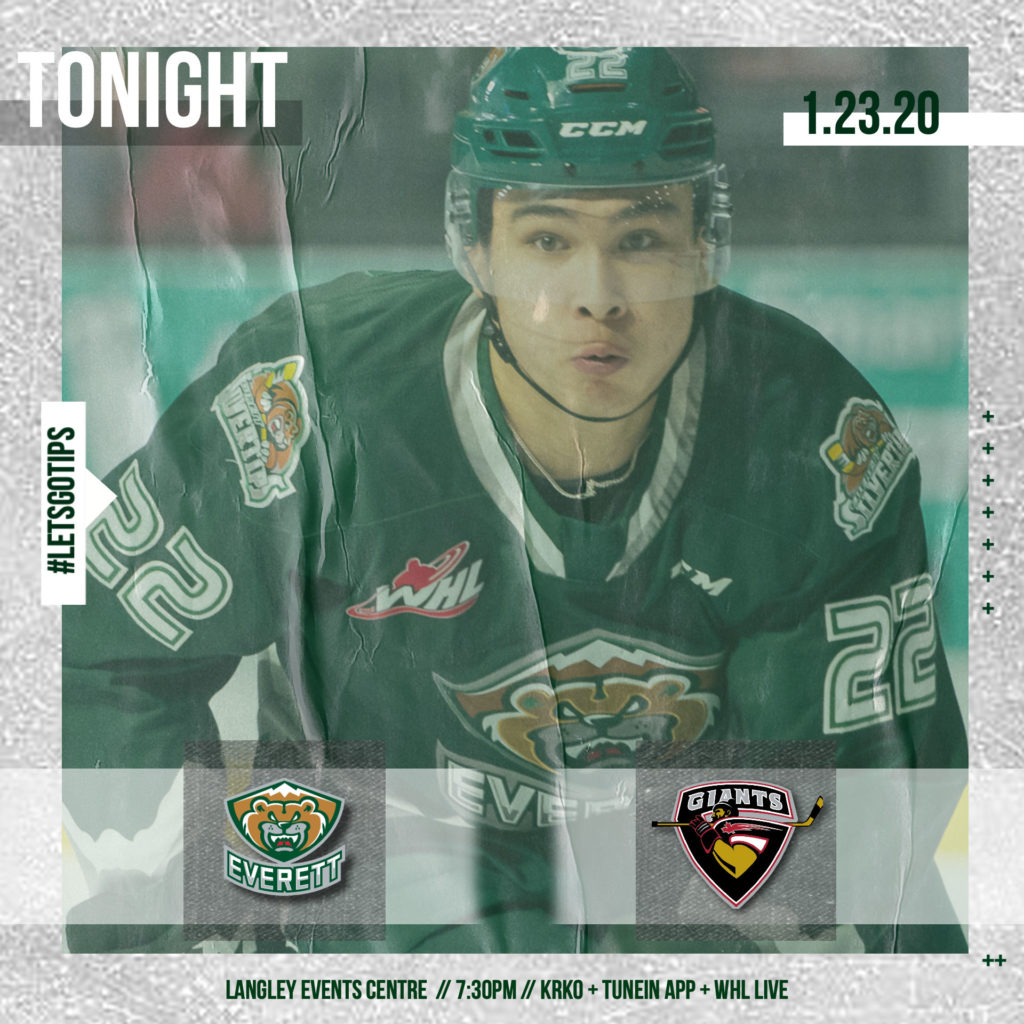 THIS SEASON AGAINST THE GIANTS:

LAST TIME OUT:
SPO 3 – EVT 2 (OT) (1-33-20): Kicking off back to back road games, the Everett Silvertips travelled to Spokane Arena for a battle with US Division rivals, the Spokane Chiefs. In front of 3,213 people, Eli Zummack and the Chiefs held off the Silvertips, 3-2 in overtime for the first time this season before 3,213 fans at Spokane Arena. Jalen Price bagged his third goal of the season and Gage Goncalves forced overtime with his 24th goal of the season late in regulation, moving the Tips head to head record 6-0-1-0 this season against the Chiefs. Dustin Wolf posted 26 saves in net.
SHOTS: EVT 34 | SPO 29

DID YOU KNOW?
1) FONSTAD-Y AS HE GOES: Cole Fonstad is 2nd in WHL assists (45) … he has 55 points in 41 games, tied for 8th in WHL scoring … his 60 assists in the calendar year of 2019 were 2nd in the WHL, trailing Eli Zummack of Spokane by three.
2) CAN DO KINDOPP: Tips captain Bryce Kindopp is third in WHL goals (30) this season… he’s scored 30 goal plateau for the second straight year … he is tied for 4th in Tips history with 100 goals (Josh Winquist).
3) PUGET SOUND PROUD: The Tips have four players on tonight’s roster hailing from the state of Washington: Wyatte Wylie (Everett), Hunter Campbell (Everett), Brendan Lee (Seattle), and Dawson Butt (Buckley) … both Wylie and Campbell grew up in Everett, Wash. while Campbell and Butt are products of the Junior Silvertips program.