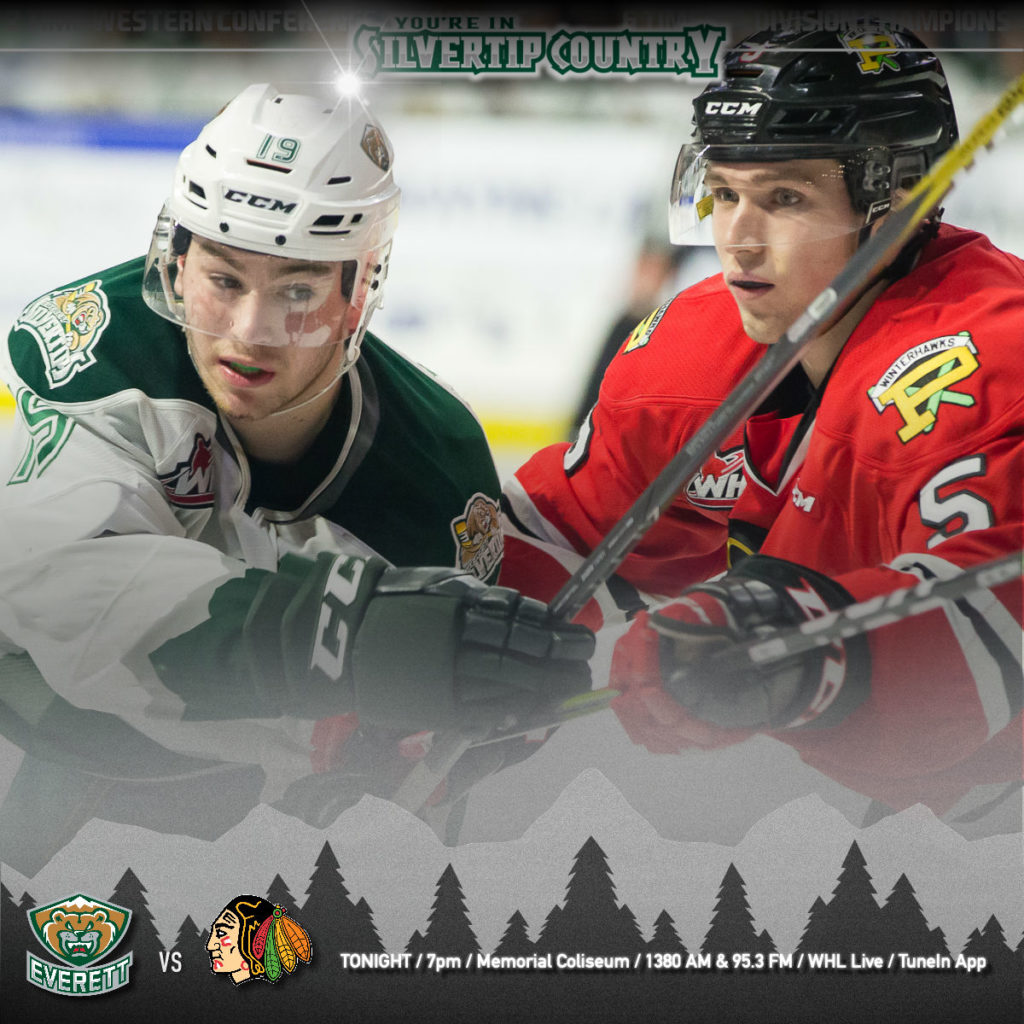 Tenth and final meeting of the regular season …. the Tips are 6-3-0-0 this season against Portland … Zack Andrusiak leads the series with 17 points and 12 goals in eight games against Portland … the teams last met on Feb. 9 in a 5-0 Silvertips victory which clinched a playoff berth and handed the Winterhawks their first shutout loss of the year … the Silvertips are 81-68-14 all-time against Portland and are 36-37-8 all-time in Portland … tonight’s game is the final time the Tips battle a U.S. Division opponent in the regular season – they are 24-8-2-1 against opponents from the U.S. Division.

LAST TIME OUT:
SEA 2 – EVT 1 (3-9-19): Nolan Volcan had a two-goal night as the Seattle Thunderbirds snuck past the Everett Silvertips, 2-1, before 5,776 fans from the accesso ShoWare Center in U.S. Division action on Saturday. Robbie Holmes scored the lone goal for the Silvertips, his 12th goal of the season, in a sequence where Zack Andrusiak picked up an assist in his 200th career WHL game. Everett hammered 47 total shots on goal, but now drop to 46-15-2-2 on the season, while keeping the first seed in the Western Conference in eye. The Tips went 7-2-1-0 in the head-to-head series against Seattle this season. 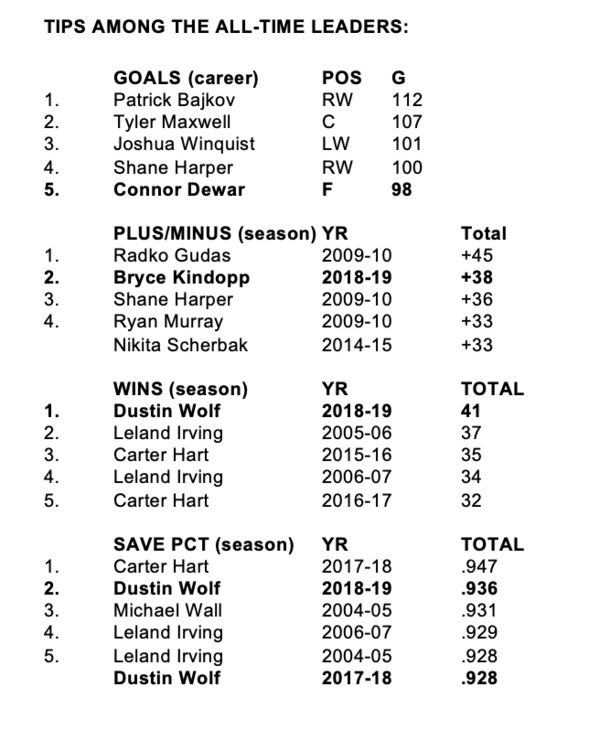