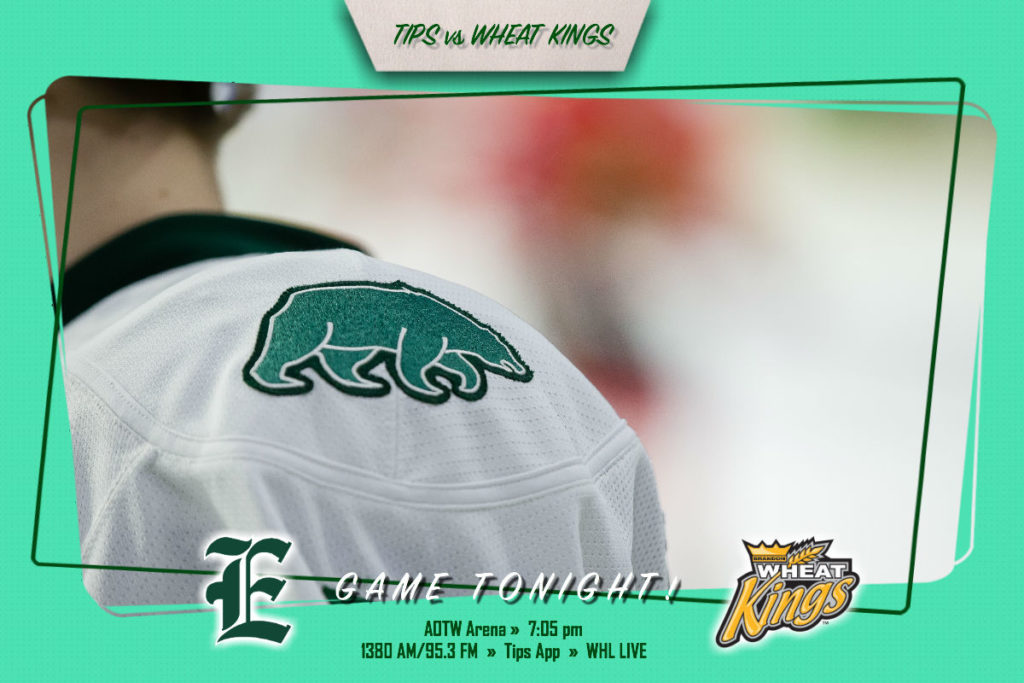 Only matchup of the regular season … first meeting in downtown Everett since Oct. 28, 2015 … the Silvertips are 8-5-0-1 lifetime against Brandon … the two teams are a combined 56-29-3-2 (.650 win percentage) with seven combined players as NHL Draft selections, signed free agents, or selections to the CHL/NHL Top Prospects Game … the Silvertips are looking for their first home win vs. Brandon since Oct. 26, 2007 … the Tips have won five games in a row … Brandon is 3-1-2-0 in the last six games.

LAST GAME (EVT 6 – TC 5 / 1-15-18): Matt Fonteyne tied a franchise game record with five assists and the Everett Silvertips used a late power play goal by Garrett Pilon to pull away for a 6-5 victory over the Tri-City Americans before 3,214 fans in downtown Everett on Monday in WHL action. The Silvertips, sweeping through three games in three days, returned to sole possession of first place in the U.S. Division and posted a combined seven points between Pilon and linemates Riley Sutter and Connor Dewar (re-united in the middle of the game). The Silvertips improved to 5-1-1-0 in the season series over Tri-City.
TOP 5 TIPS TIDBITS

JANUARY 21, 2012: Kohl Bauml had his first hat trick as a Silvertip and 35th in franchise history … the Tips defeated the Seattle Thunderbirds, 5-4 in overtime in downtown Everett … Bauml won the game on his hat trick goal at 3:21 of overtime … Josh Birkholz tied the game at 19:14 of the third period

SUTTER SENT TO THE TOP

Riley Sutter will participate in the CHL/NHL Top Prospects games in late January in Guelph … was given a “B” listing among the NHL Central Scouting rankings for the 2018 NHL Entry Draft, considered possible second or third round choices in the upcoming draft … through 14 seasons, a total of 19 players through the Silvertips program have been selected in the NHL Entry Draft … a total of 17 Silvertips have advanced to play in the NHL … Sutter is two goals away from tying his career high (20), set in 2016-17.