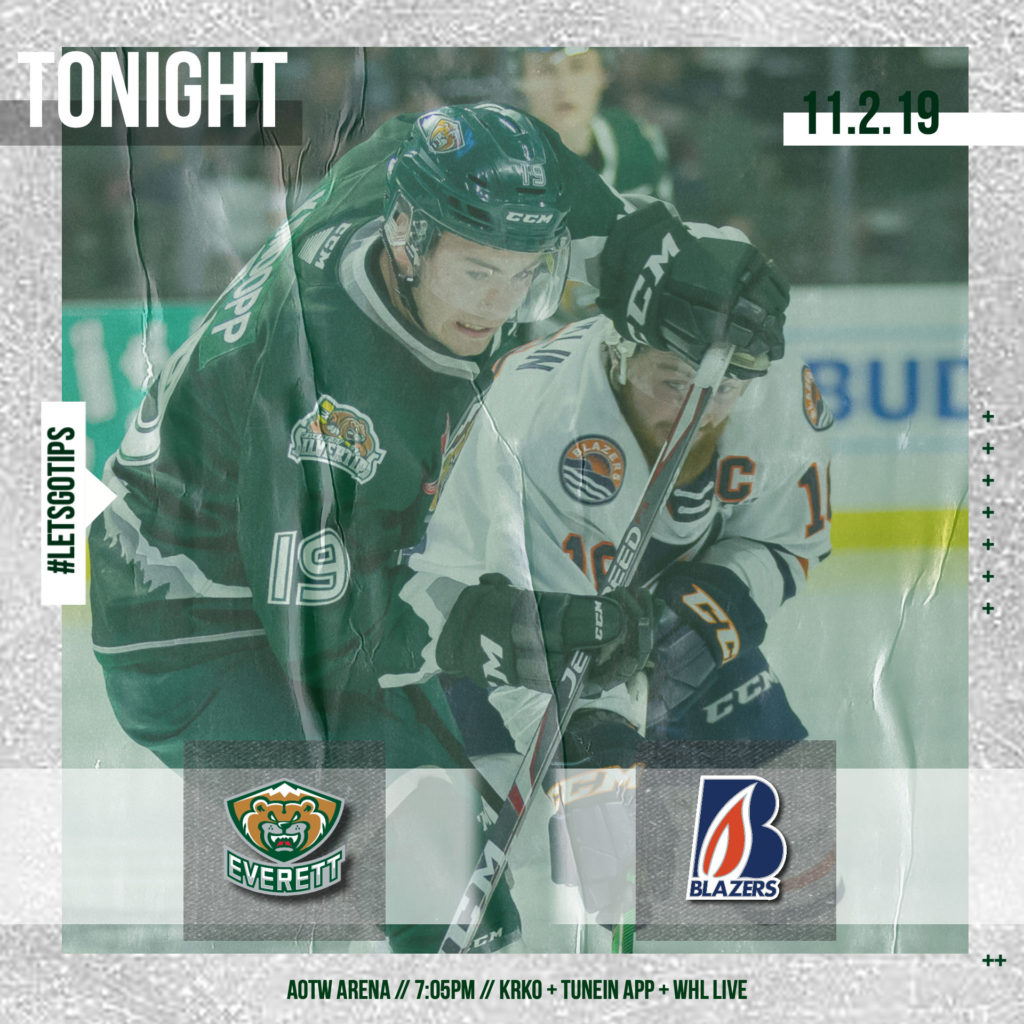 Third of four meetings with the Blazers … the Silvertips close a brief two-game homestand … the Silvertips went 15-4-0-1 last season against opponents from the B.C. Division (4-2this season) … the Tips are 11-2-1-0 in the last five years against the Blazers, including a 4-0-0-0 in last year’s regular season series … the Tips have won five of their last six home games.

POR 4 – EVT 1 (11-1-19): Seth Jarvis had a goal and an assist while Joel Hofer made 28 saves to help boost the Portland Winterhawks over the Everett Silvertips, 4-1 before 4,314 fans in downtown Everett on Friday in WHL action. The Tips got their only goal in the second period by Parker Hendren and saw their five game winning streak snapped, following an 8-1 record in October. Portland scored twice on the power play and the first three goals of the game.

DID YOU KNOW?
1) HOWLING GOOD TIME: Tips goaltender Dustin Wolf was named WHL Vaughn Goaltender of the Month on Thursday (second time in his career) … he is third in the WHL with a .937 save percentage and is tied for the WHL lead in shutouts (2) this season … his current lifetime save percentage of .934 is #1 in Silvertips all-time history.
2) WILLING TO 100: Silvertips head coach Dennis Williams is 1 win away from 100 in his WHL career … he was behind the bench this summer for Team Canada, earning a silver medal at the Hlinka Gretzky Cup in Europe … Williams was named WHL Western Conference Coach of the Year in 2017-18.
3) ROARING 20’S: Today, Wyatte Wylie celebrates his 20th birthday … he currently ranks tied for 10th among WHL defensemen with 11 points (3g-8a) in 13 games … he currently has points in four of the last five games.