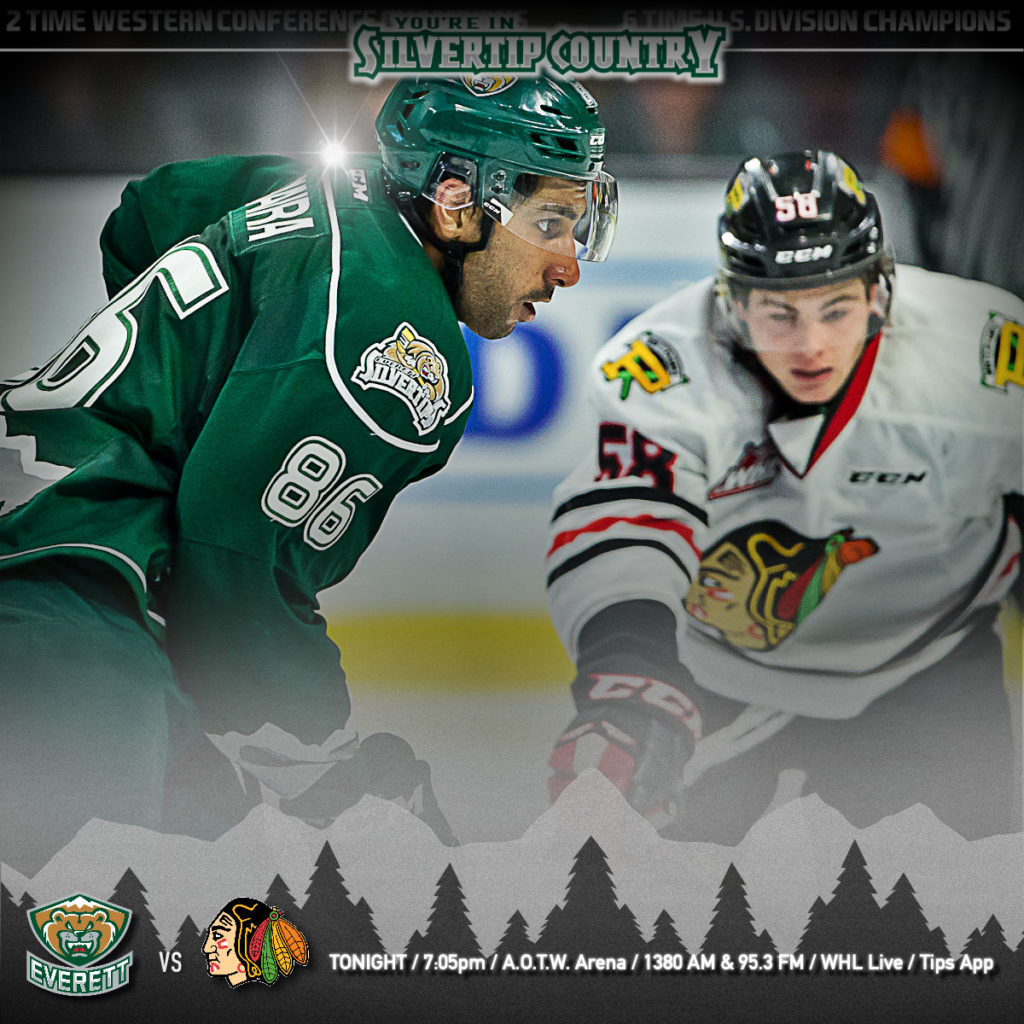 LAST TIME OUT:
EVT 5 – KAM 2 (11-11-18): Connor Dewar broke a tie game early in the third period to spark three unanswered goals and Kamloops native Max Palaga earned first star honors with 26 saves in his first start to help the Everett Silvertips sweep the weekend three-game series in a 5-2 victory over the Kamloops Blazers, before 3,976 fans at Sandman Centre on Sunday. For the second time this season, the Silvertips ran the table in a three-game, three-day scenario, but this time under the conditions of traveling nearly 1,100 miles between a pair of games in Kamloops on Friday and Sunday, and a Saturday night win in Kent, Wash. over the Seattle Thunderbirds. Palaga, acquired from Kamloops on Oct. 29, responded to the challenge of facing his former team in his first Silvertip start with 26 stops for his first win of the season.

The Silvertips will make their home ice at A.O.T.W. Arena the host venue USA Hockey’s training camp for the upcoming 2019 IIHF World Junior Championships … Team USA will skate in downtown Everett between Dec. 14-18, showcasing a collection of the top end U.S. born players under 20 years of age … all practices (times TBA) are scheduled to be open to the public.