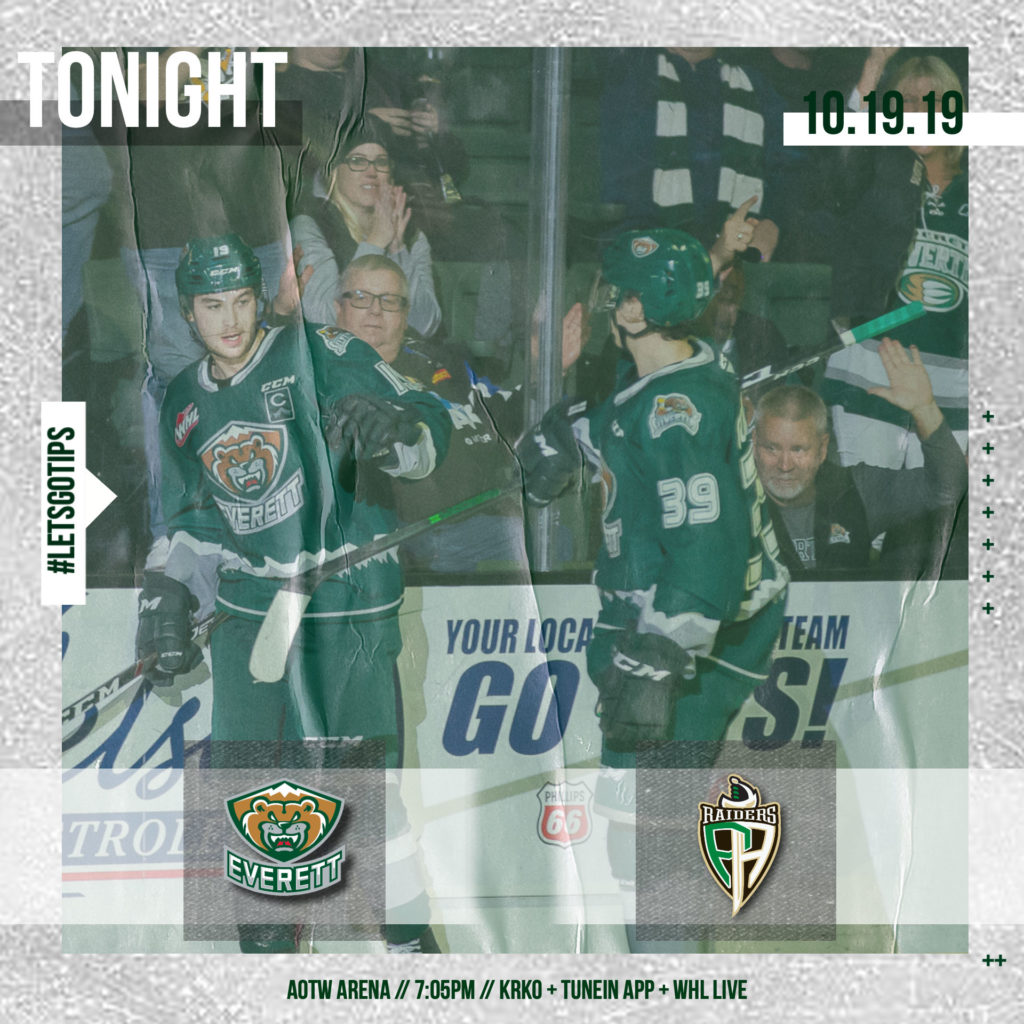 EVT 5 – TC 1 (10-18-19): Dustin Wolf made 23 saves and Bryce Kindopp sandwiched the goal scoring with a two-goal effort, helping the Everett Silvertips cruise past the Tri-City Americans in a 5-1 victory before 3,859 fans at Angel of the Winds Arena in downtown Everett on Friday in WHL action. The Silvertips won for the sixth time in seven games, improving to 3-1 on a five-game homestand. Michal Gut scored the game winner and Cole Fonstad earned his fifth straight multi point game with two assists, totaling five points (1g-4a) since joining the Tips lineup after a trade from Prince Albert on Sunday.

DID YOU KNOW?
1) WELCOME, COLE: Making his debut Wednesday, the newest Silvertip Cole Fonstad delivered first star of the game honors with a goal and pair of assists, and has five points in his first two games as a Silvertip … Fonstad last season captured a WHL title with the Prince Albert Raiders and was third on the Raiders with 73 points in 67 games … he was named on Wednesday to Team WHL for the upcoming Canada-Russia Series, Nov. 13-14.
2) HOWLING GOOD TIME: Tips goaltender Dustin Wolf, last Saturday earned his 13th career shutout, surpassing Michael Wall for third all-time in Silvertips history … he is fourth with a .940 save percentage and is tied for the WHL lead in shutouts (2) this season.
3) WILLING TO 100: Silvertips head coach Dennis Williams is 3 wins away from 100 in his WHL career … he was behind the bench this summer for Team Canada, earning a silver medal at the Hlinka Gretzky Cup in Europe … Williams was named WHL Western Conference Coach of the Year in 2017-18.