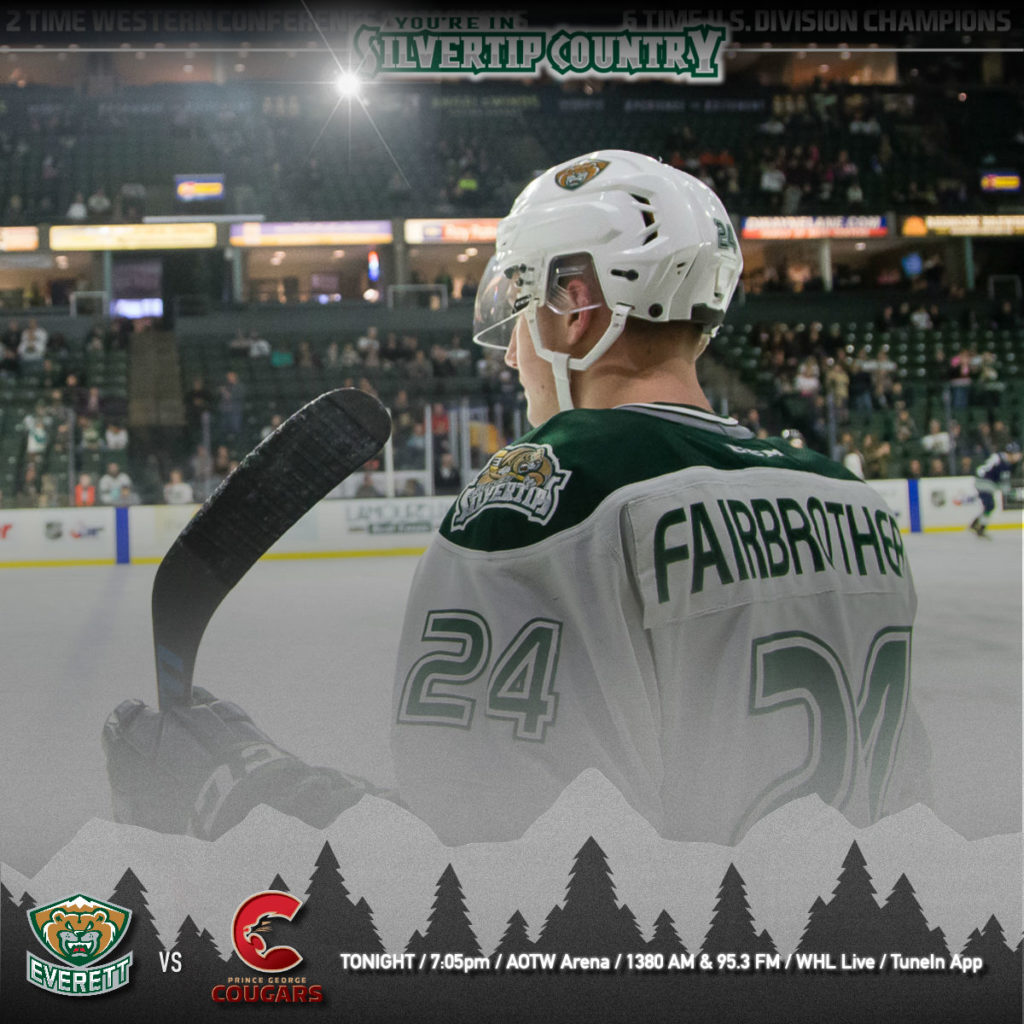 LAST TIME OUT:
SEA 3 – EVT 2 (OT) (2-22-19): Jarret Tyszka scored the winner at 2:24 to help the Seattle Thunderbirds sneak past the Everett Silvertips, 3-2 in overtime, before a sellout crowd of 8,367 at A.O.T.W. Arena in U.S. Division action on Saturday. The Silvertips captured a point to remain atop of the Western Conference with 86 points on the season, having already clinched a playoff spot and reducing their magic number to 11 points after Tri-City defeated Portland, 4-2. Everett goaltender Dustin Wolf finished with 27 saves and third star honors while defenseman Wyatte Wylie and forward Jalen Price potted the two goals for the Silvertips.