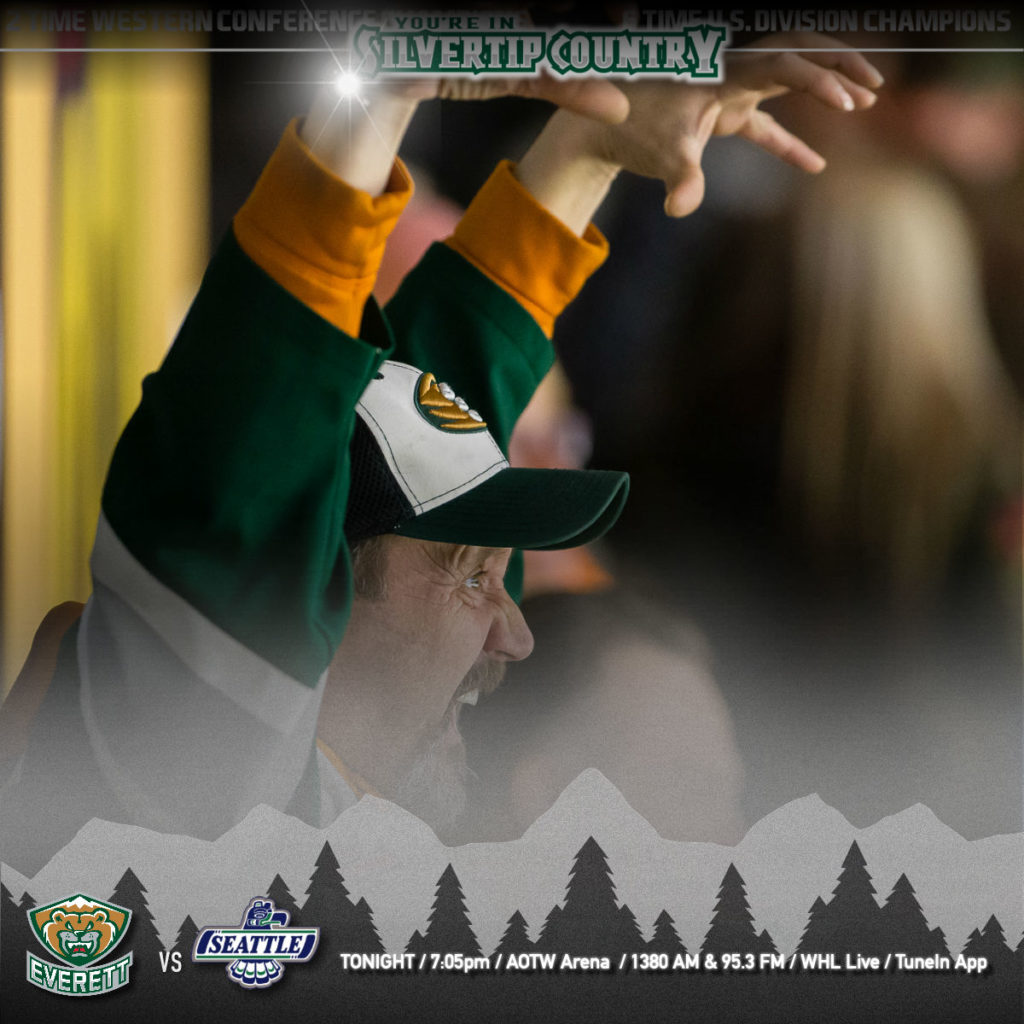 BEFORE THE GAME: Army vs. Navy Game, 2pm at AOTW Arena. Admission / general seating is free of charge!

The Silvertips and Thunderbirds meet for the ninth time out of ten matchups this season, also marking the final time the two teams will meet in downtown Everett for regular season play … the Tips are 80-59-15 lifetime against the Thunderbirds and tonight will be the 161st lifetime meeting … the Silvertips have won four of five regular season meetings in downtown Everett (4-0-1-0) … the Silvertips are 21-7-2-1 against opponents from the U.S. Division this season … tonight’s game concludes a four-game homestand (the Tips are 2-0-1-0).

THE TIPS CAN CLINCH HOME ICE ADVANTAGE IN THE OPENING ROUND OF THE WHL PLAYOFFS TONIGHT IF:

LAST TIME OUT:
EVT 2 – TC 1 (3-1-19): Bryce Kindopp buried the game-winning goal with 48.6 seconds left in regulation, following Zack Andruisak’s game-tying goal with under 10 minutes left, as the Everett Silvertips defeat the Tri-City Americans, 2-1, before 6,633 fans at A.O.T.W. Arena on Friday night in U.S. Division action. The Silvertips hammered visiting goaltender Beck Warm with a franchise-record 62 total shots on goal. On the other side of the ice, Dustin Wolf broke a franchise record with his 38th win of the season, surpassing Leland Irving’s 37-win season in 2005-2006.
TIPS AMONG THE ALL-TIME LEADERS: 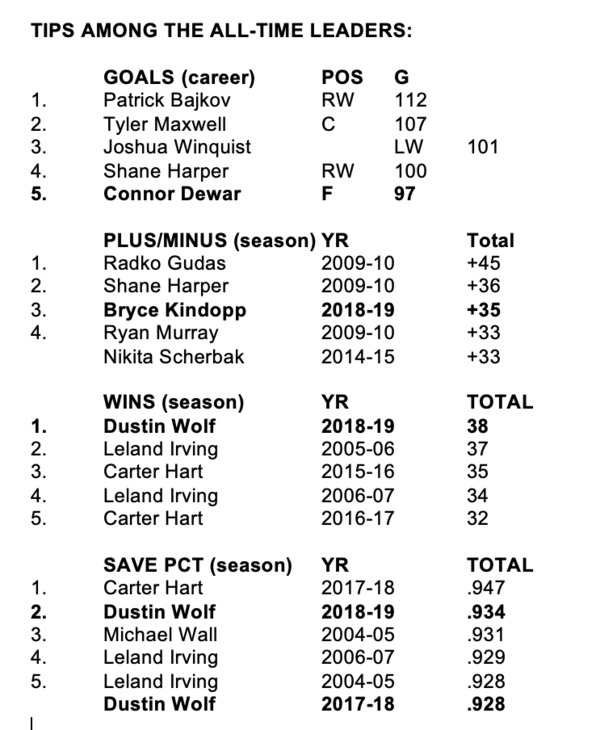