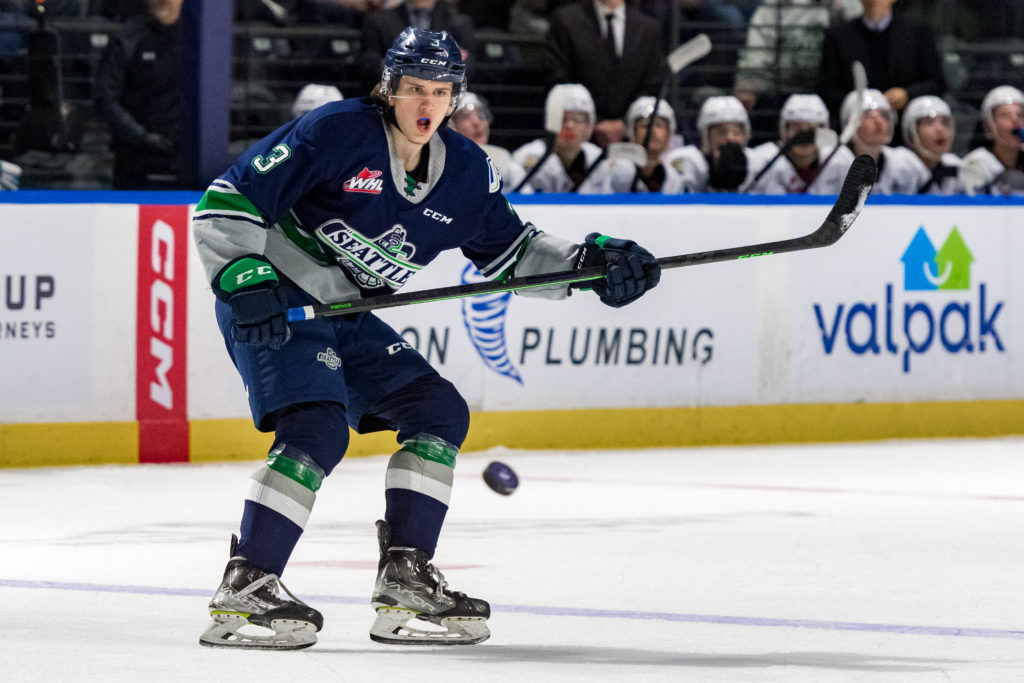 EVERETT, Wash. – The Everett Silvertips have officially acquired defenseman Niko Tsakumis [sah-KOO-miss] from the Seattle Thunderbirds in a trade in exchange for a 2023 fourth-round pick and a 2026 sixth-round pick in the WHL Prospects Draft.

“We’re happy to have the opportunity to acquire Niko,” said Silvertips general manager/head coach Dennis Williams. “He plays a very responsible defensive game while being able to contribute on the offensive side. He’s got good skill, good skating ability and a high compete level. We’re looking forward to working with him.”

Tsakumis, an ’05-born Richmond, B.C. native, has three assists and a +5 defensive rating in 12 appearances for the Seattle Thunderbirds this season. Originally selected in the sixth-round of the 2020 WHL Draft, he played in 11 Western Hockey League games last year, notching one goal with one assist.