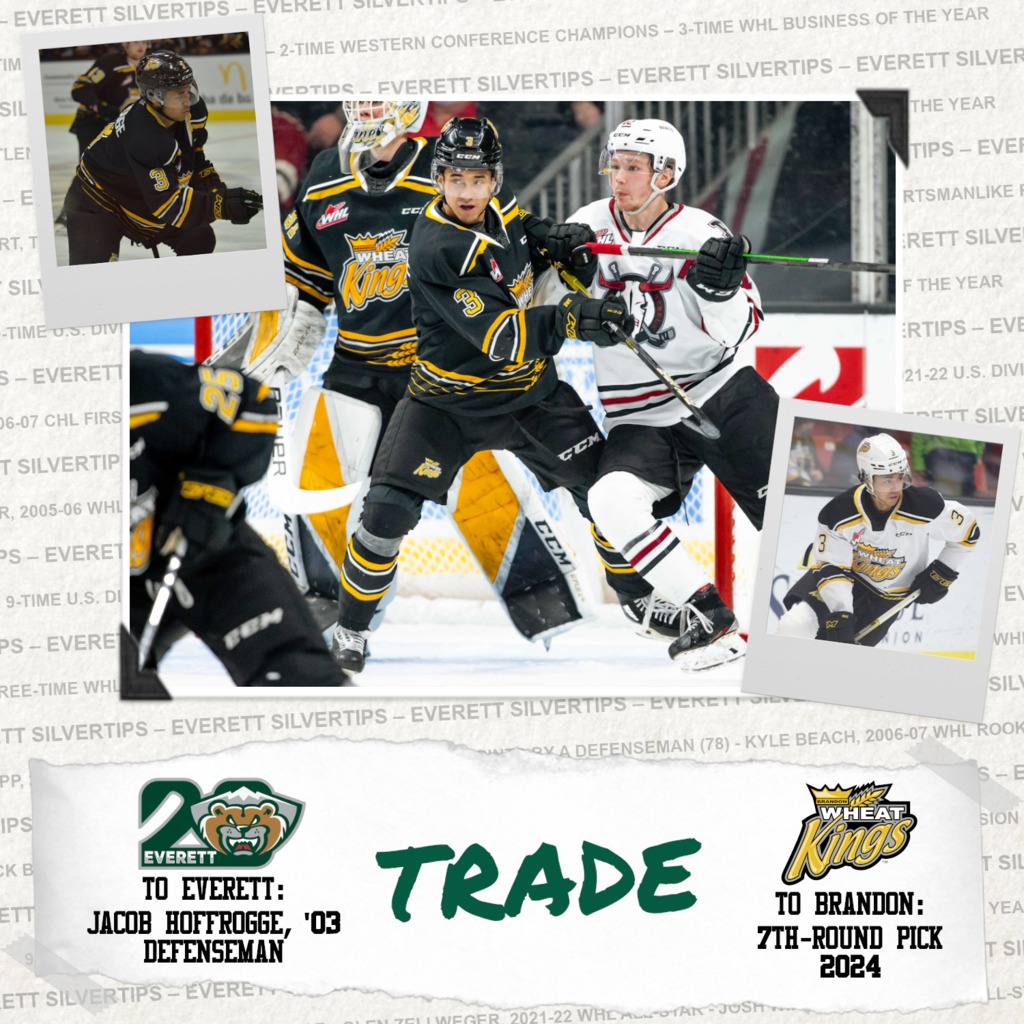 EVERETT, Wash. — The Everett Silvertips have officially acquired right-handed defenseman Jacob Hoffrogge [HOF-frogg-ee] from the Brandon Wheat Kings in exchange for a 2024 seventh-round pick in the WHL Prospects Draft.

Hoffrogge, an ’03-born Saskatoon, SK native, played in 62 regular season games for the Wheat Kings last season, registering nine assists. The 5-foot-11, 155-pound blueliner was selected 41st-overall in the second round of the 2018 Prospects Draft by Brandon, making his debut during the Covid-shortened 2021 campaign. Prior to joining the Wheat Kings, Hoffrogge served as alternate captain for the Saskatoon Contacts U18 AAA squad, where he posted 26 points in 43 games in the 2019-20 season.

“We’re excited to be able to acquire Jacob,” commented Silvertips general manager/head coach Dennis Williams. “He adds a lot to our back-end. He’s an intelligent two-way defender with a high compete level, good skill, good skating. We’re happy to add a player of his caliber and his character, and we can’t wait to work with him in training camp.”

“Jacob brings us more experience and depth on our back end,” noted assistant general manager Mike Fraser, a scout for the Wheat Kings at the time of Hoffrogge’s drafting into the organization. “He has great speed and a tremendous work ethic. He will fit in nicely with our group moving forward.”

The Everett Silvertips’ 2022-23 season will be the 20th in their historic tenure in the Western Hockey League. Season tickets are available by clicking here.