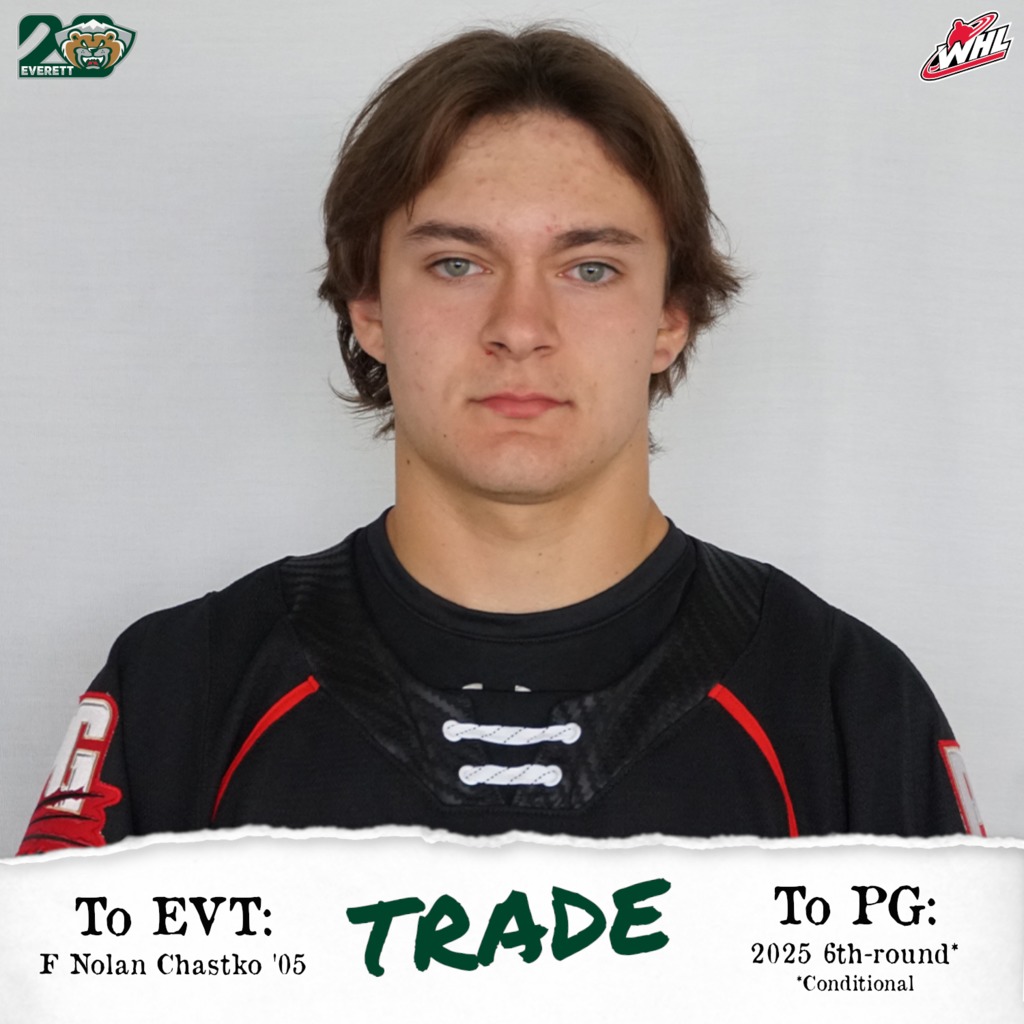 EVERETT, Wash. — The Everett Silvertips have acquired forward Nolan Chastko from the Prince George Cougars in exchange for a conditional sixth-round pick in the 2025 WHL Draft.

“We’re happy to bring Nolan to our organization,” commented Silvertips general manager/head coach Dennis Williams. “He’s a high-character player with great skill to his game and a high compete-level. We’re looking forward to working with him and furthering his development.”

Chastko, an ’05-born Brandon, MB native, signed a Standard Player Agreement with the Cougars as an undrafted player in February of 2022. He has been skating with the Virden Oil Capitals of the Manitoba Junior Hockey League, where he has 10 goals and 14 assists in 29 games played. He was a member of the Brandon Wheat Kings 18U AAA squad last season, where he led the league in goals with 53 in 43 games played and was named a MU18HL Second-Team All-Star.

He registered 10 points in seven games during the Covid-shortened 2021 campaign, with 82 points in 60 appearances over two prior seasons at the 15U AAA level.