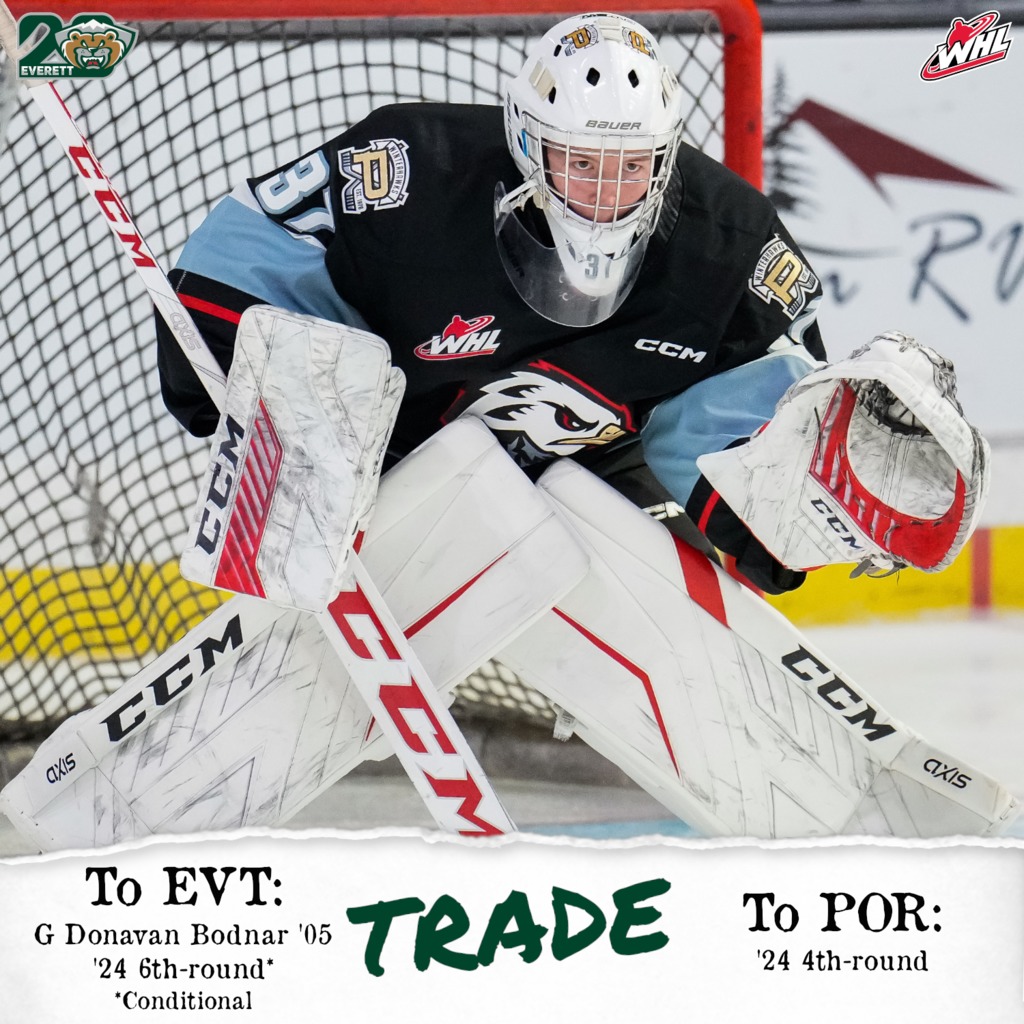 EVERETT, Wash. — The Everett Silvertips have acquired goaltender Donavan Bodnar and a conditional sixth-round pick in the 2024 WHL Draft from the Portland Winterhawks in exchange for a fourth-round pick in 2024.

“We’re excited to bring Donavan into our organization,” commented Silvertips general manager/head coach Dennis Williams. “He’s got a lot of potential as a young goaltender, and more importantly he’s the kind of high-character individual that we look for as a team. We look forward to welcoming him and his family to Everett.”

Bodnar, an ’05-born West St. Paul, MB native, was originally selected in the seventh round of the 2020 WHL Draft by the Winterhawks. He posted a 10-6-2 record last season with RINK Hockey Academy Winnipeg U18 with a .912 save percentage. This season he has appeared in three games with the Raiders Jr. Hockey Club of the MMJHL, as well as being assigned to the Portage Terriers of the Manitoba Junior Hockey League.