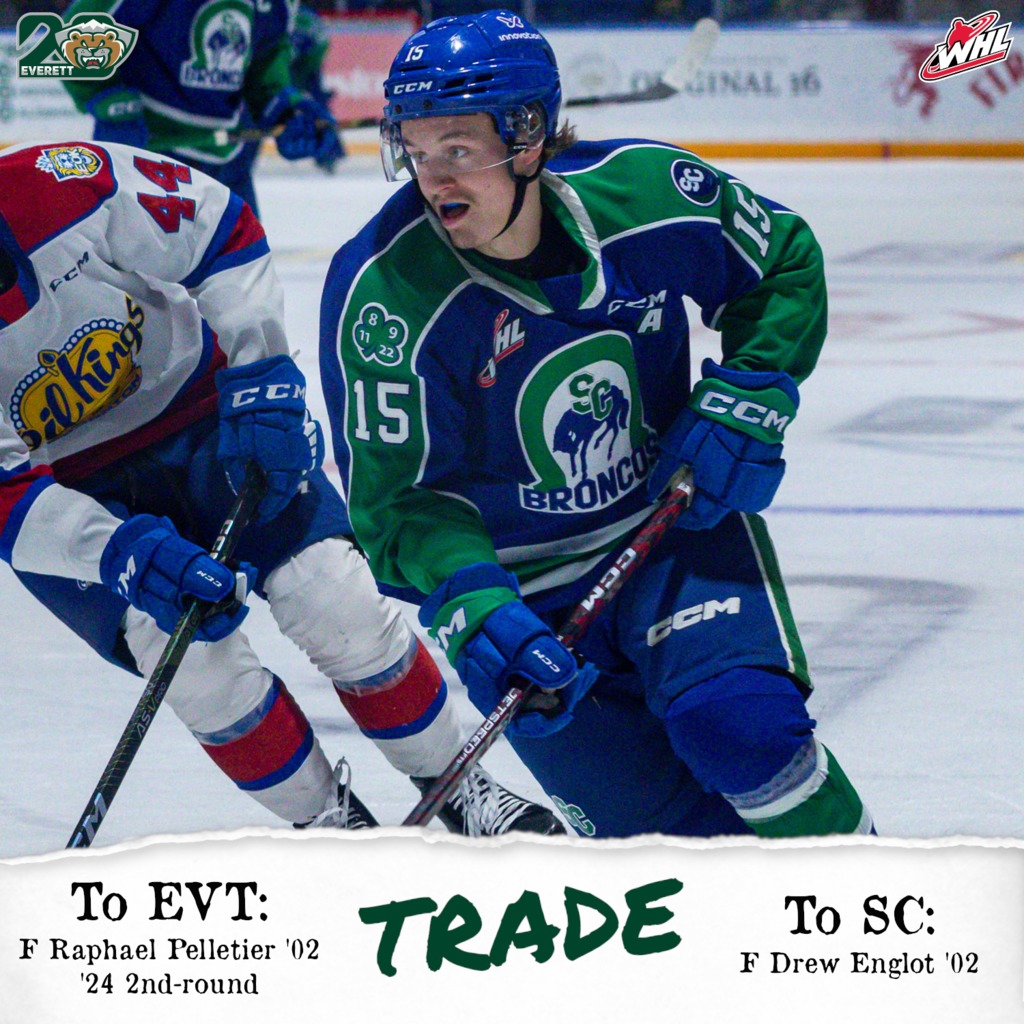 EVERETT, Wash. — The Everett Silvertips have traded recently-acquired forward Drew Englot to the Swift Current Broncos in exchange for forward Raphael Pelletier and a 2024 second-round pick in the WHL Draft.

Pelletier, an ’02-born St. Albert, AB native, is in his fourth and final season of junior eligibility. He currently has 11 goals and 17 assists for 28 points in 34 games played this season, while serving as alternate captain for the Broncos. He previously posted 20 goals and 27 assists in 64 games last year, giving him 90 career points in 167 appearances.

Englot, an ’02-born center, changes hands after coming to the Silvertips in a trade with the Kamloops Blazers Sunday night.