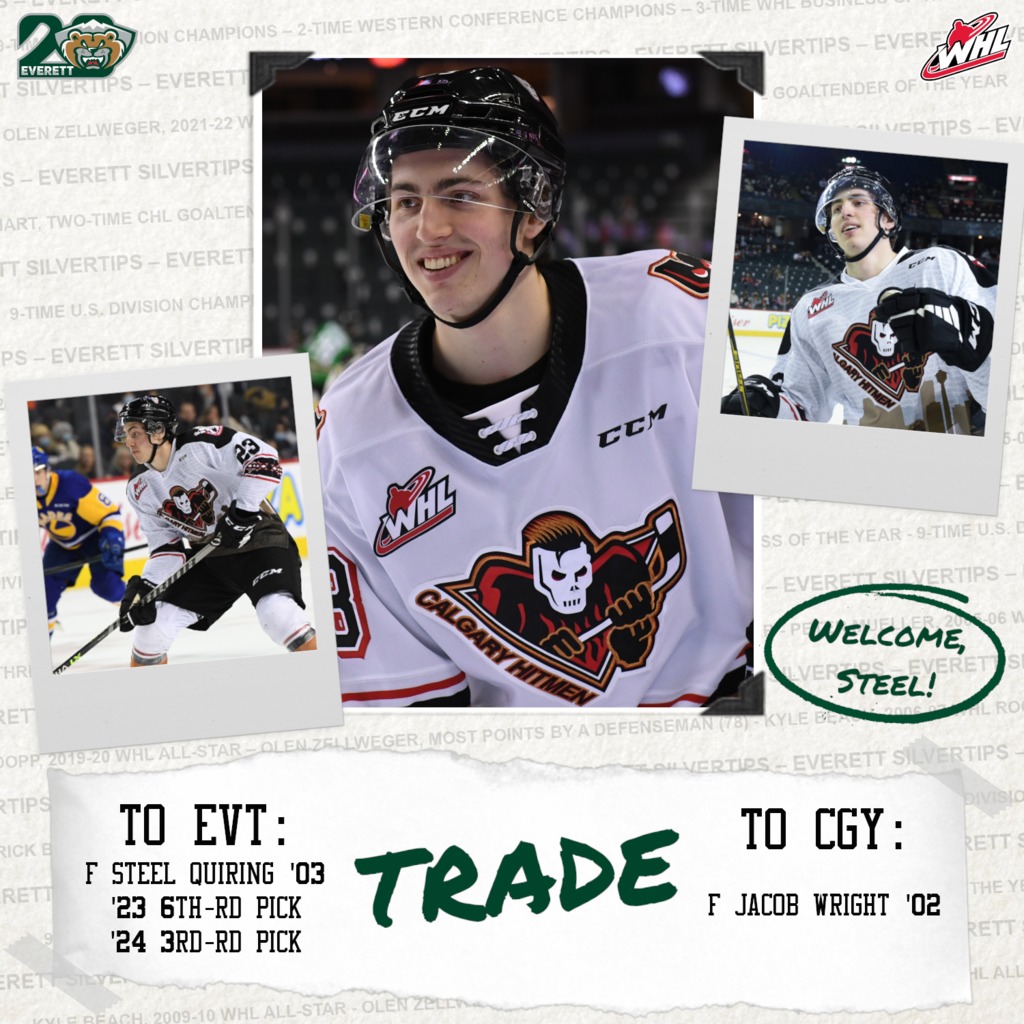 EVERETT, Wash. — The Everett Silvertips have officially acquired forward Steel Quiring, a 2023 sixth-round WHL Draft pick and a 2024 third-round pick from the Calgary Hitmen in exchange for forward Jacob Wright.

“Steel brings good size with a strong compete level to our organization,” commented Silvertips general manager/head coach Dennis Williams. “We’re excited to work with him and further his development. Jacob [Wright] worked incredibly hard in his three-plus years in Everett with a lot of positive results, and we wish him nothing but the best in Calgary as he finishes his junior career and beyond.”

Quiring [QUEE-ring], an ’03-born Vernon, BC native, is in his fifth Western Hockey League season, having debuted with the Kelowna Rockets in 2018-19. The 6-foot-2, 189-pound forward split last season with the Rockets and Hitmen, having been previously traded on Jan. 5 for Adam Kydd and a 2023 fifth-round draft pick. He totaled 12 goals and 13 assists over the course of 59 total games played. This season he has an assist under his belt through two appearances, giving him 30 career points in 89 games.

Wright, an ’02-born Langley, BC native, finishes his stint with the Silvertips with 34 goals and 37 assists for 71 points in 141 games played. Originally signed to a Standard Player Agreement in January 2019, Wright grew to be a key contributor on last year’s U.S. Division title squad. He finished fifth on the team in goals (22) and seventh in points (47) last year, and he produced into the postseason logging five goals and three assists in six games played. Wright even netted a hat trick in Game Four of the Western Conference Quarterfinal in his hometown against the Vancouver Giants.

The Silvertips currently have 27 actively rostered players, with the trade bringing the number of over-agers from five to four.