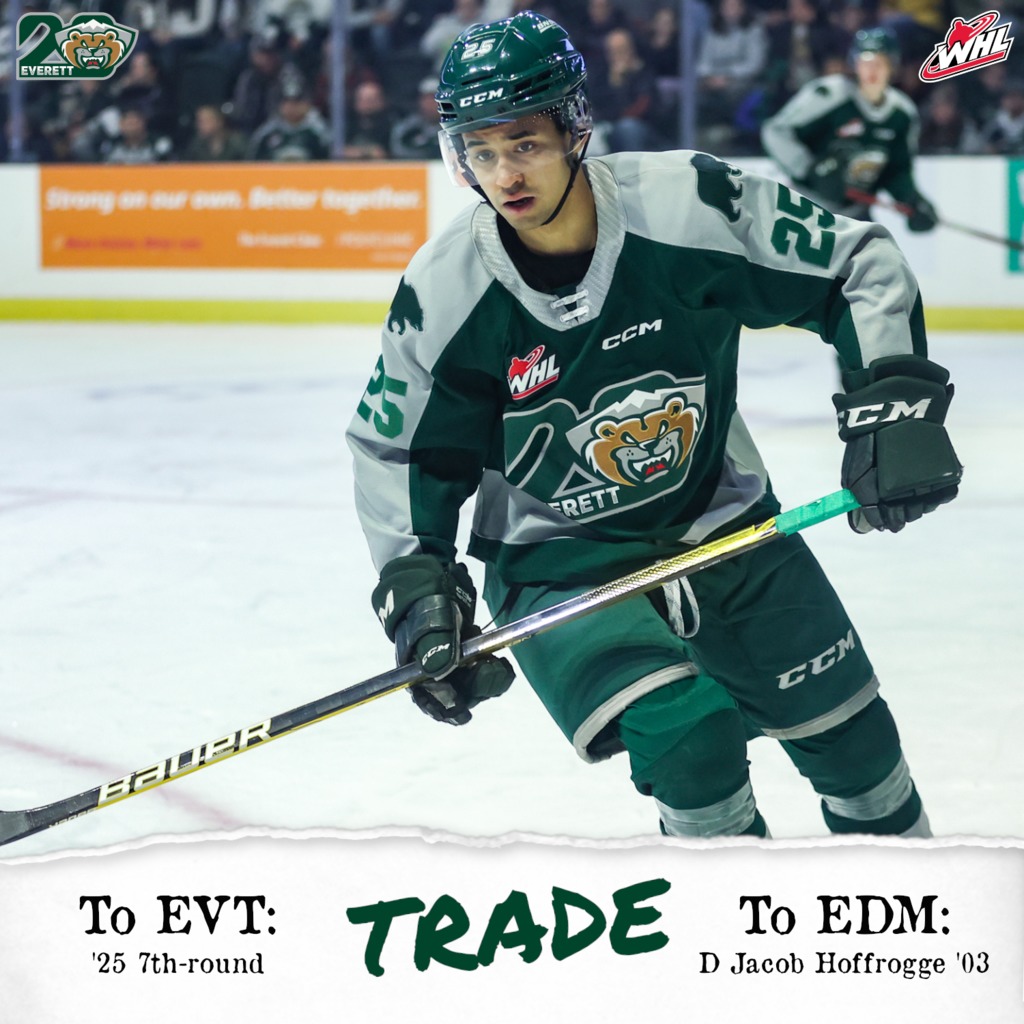 EVERETT, Wash. — The Everett Silvertips have traded defenseman Jacob Hoffrogge to the Edmonton Oil Kings in exchange for a seventh-round pick in the 2025 WHL Draft.

“We appreciate all that Jacob has done for us this season,” commented Silvertips general manager/head coach Dennis Williams. “He’s worked hard for us on the ice and been a tremendous teammate. We wish him all the best moving forward.”

Hoffrogge, 19, appeared in 23 games this season with the Silvertips, recording two goals and two assists. He joins the Oil Kings with 90 career games under his belt and 13 total points over parts of three total Western Hockey League seasons spent with Everett and the Brandon Wheat Kings.