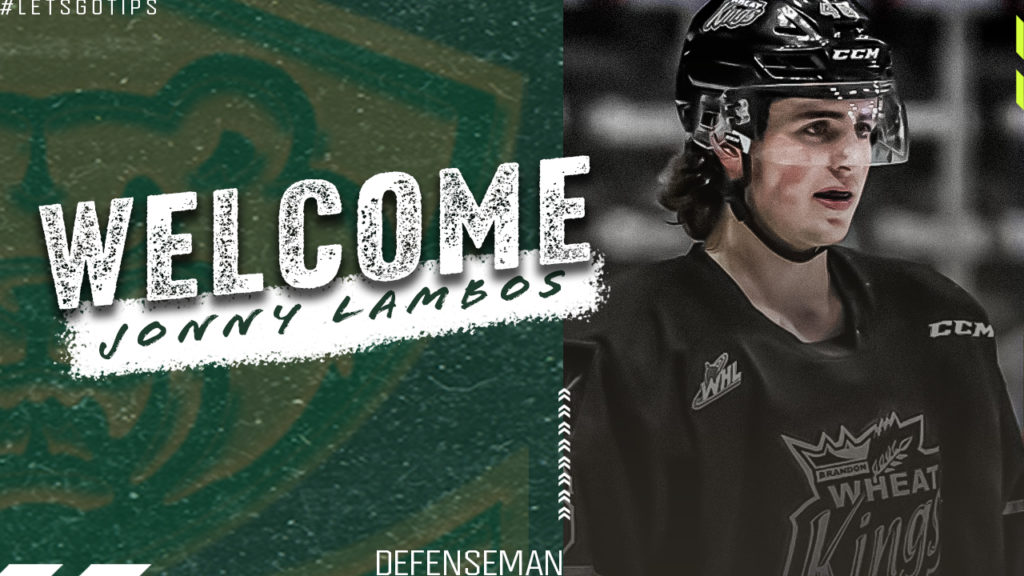 “We’re excited to introduce Jonny to our lineup as a veteran defenseman who’s enjoyed success in the Western Hockey League,” said Williams. “His ability is a great fit for the right side of our blueline, and experience in winning an East Division title last season brings a great example of commitment for our younger players to follow. We’ll lean on Jonny to serve in a role as a leader, on and off the ice, and look forward to his arrival in training camp.”

Lambos, 20, last season suited up in 21 games for the Wheat Kings and earned a pair of assists with a +1 rating, helping Brandon capture the East Division title in the coronavirus pandemic shortened season with a record of 20-2-0-1 with 38 points. The 5-foot-10, 175-pound blueliner has 126 of WHL playing experience, all with the Wheat Kings, earning 19 points (5g-14a) with a +2 rating and 117 penalty minutes.

Lambos was originally selected by the Victoria Royals in the third round (49th overall) of the 2016 WHL Draft and acquired by the Wheat Kings from Victoria on Jan. 10, 2018 along with forward Ty Thorpe and two first round selections in 2019 and 2021 WHL Draft, in exchange for center Tanner Kaspick.