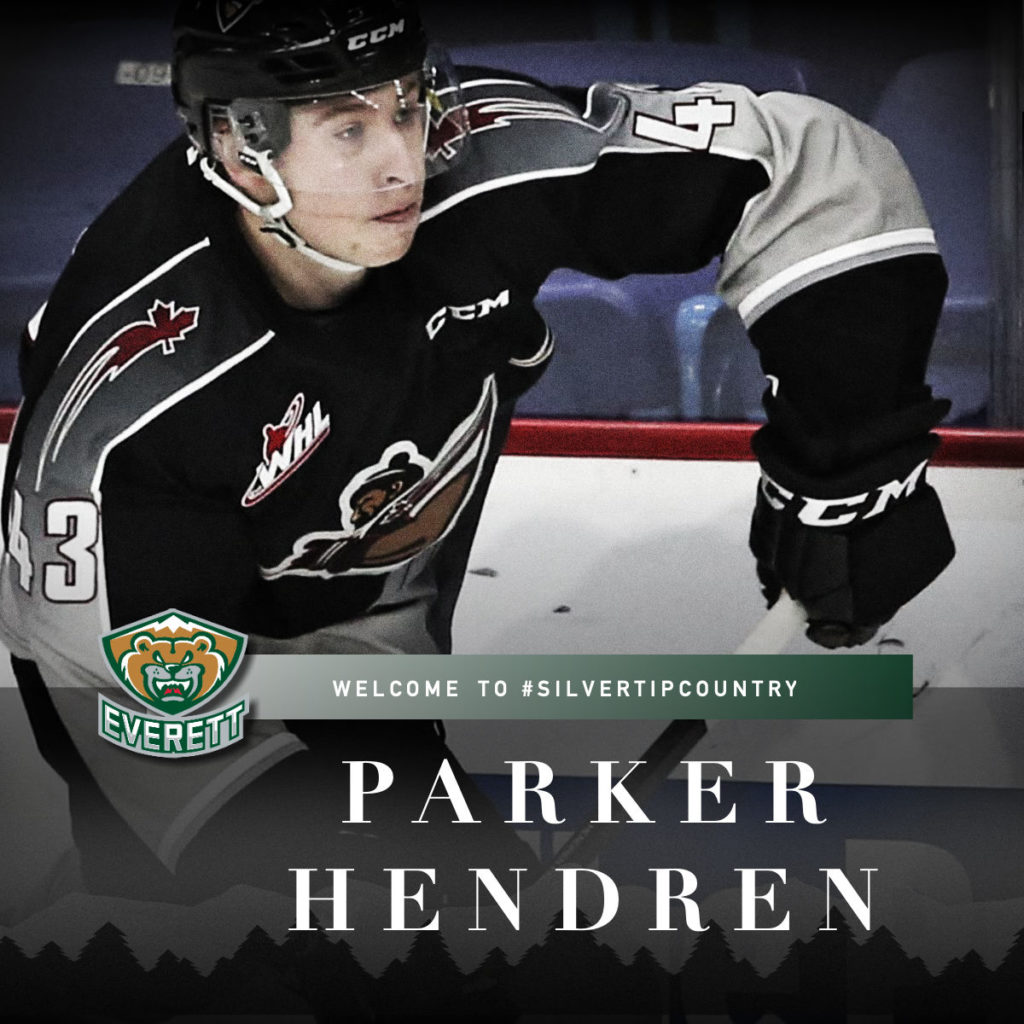 Silvertips Acquire Defenseman Parker Hendren from the Vancouver Giants in Exchange for a Conditional Draft Selection, 2020-21

EVERETT, Wash. – The Everett Silvertips (@WHLSilvertips), seven time U.S. Division champion and two-time Western Conference champion of the Western Hockey League, and general manager Garry Davidson announced today that the club has acquired defenseman Parker Hendren from the Vancouver Giants in exchange for a conditional selection in the WHL Draft, between 2020-21.

“Parker brings a game that’s experienced with the pace and structure of the Western Hockey League, and his addition helps us address a need on our blueline, especially with three defensemen of ours committed to training camps in the NHL,” said Davidson. “We’re looking forward to his contributions and his arrival in downtown Everett to become integrated with our program.”

Hendren, a 2001-born defenseman, has skated in 36 career WHL games with the Giants, earning a goal and an assist along with four penalty minutes. The 5-foot-11, 202-pound blueliner, a native of Regina, Saskatchewan suited up in a career high 26 games last season with the Giants, with two points (1g-1a), plus-two rating, and with a team that advanced onto the Western Conference title.

Hendren was originally selected by the Giants in the seventh round of the 2016 WHL Draft.

The Silvertips will launch the 2019-20 season and raise their seventh U.S. Division banner to the rafters on Opening Night, Sept. 20 at Angel of the Winds Arena against the Tri-City Americans at 7:35 p.m. Pre-season play continues for the Silvertips tonight, 7:00 p.m. against the Spokane Chiefs at Angel of the Winds Arena in the Delta Hotels Preseason Classic. Single-game preseason tickets (general admission) are on sale. To purchase, please visit, www.everettsilvertips.com/preseason.