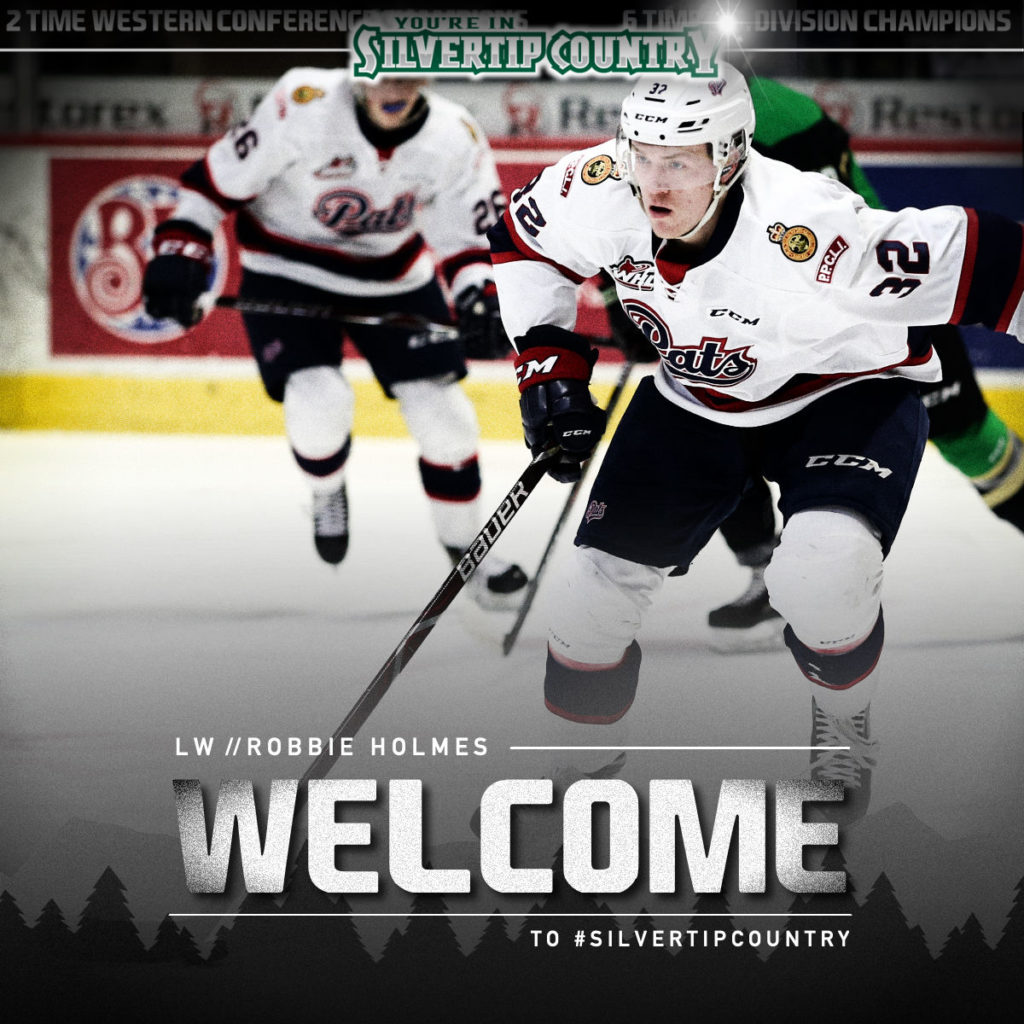 “Reinforcing the depth of our lineup is an imperative need for us at this time of year and Robbie Holmes is a player who delivers qualities that we’ve recognized as a terrific fit down the stretch,” said Davidson. “His size makes for a difficult body to move off the puck, his speed is a suitable asset for our identity, and his experience in the postseason is valuable element for our team. We welcome Robbie to the Silvertips family and look forward to his arrival soon in Everett.”

Holmes, 19, joins the Silvertips after earning 16 points (9g-7a) in 24 games currently this season with the Pats, starting this season by participating in training camp with the Colorado Avalanche of the National Hockey League and finishing tied for fifth on the Pats last season with 16 goals and adding 13 assists in 68 games.

The 6-foot-2, 186-pound left winger earned two goals and two assists each in seven games last season and suited up in all five Memorial Cup games, collecting an assist while helping the Pats reach the title game.

TRADE: Robbie Holmes is on his way to the @WHLsilvertips following a WHL Trade Deadline deal with the @WHLPats!

The native of Sherwood Park, Alberta has collected 56 points and 106 penalty minutes with a +14 rating in 148 career regular season games and suited up in 35 career playoff games earning five goals and four assists.

UP NEXT: The Tips return home on Friday, at 7:35pm meeting against the Tri-City Americans in downtown Everett (1380 AM / 95.3 FM / Tips App / WHL Live). Ticket and beverage combos are on sale for as low as $24 for Hockey Happy Hour, at www.everettsilvertips.com/tickets.