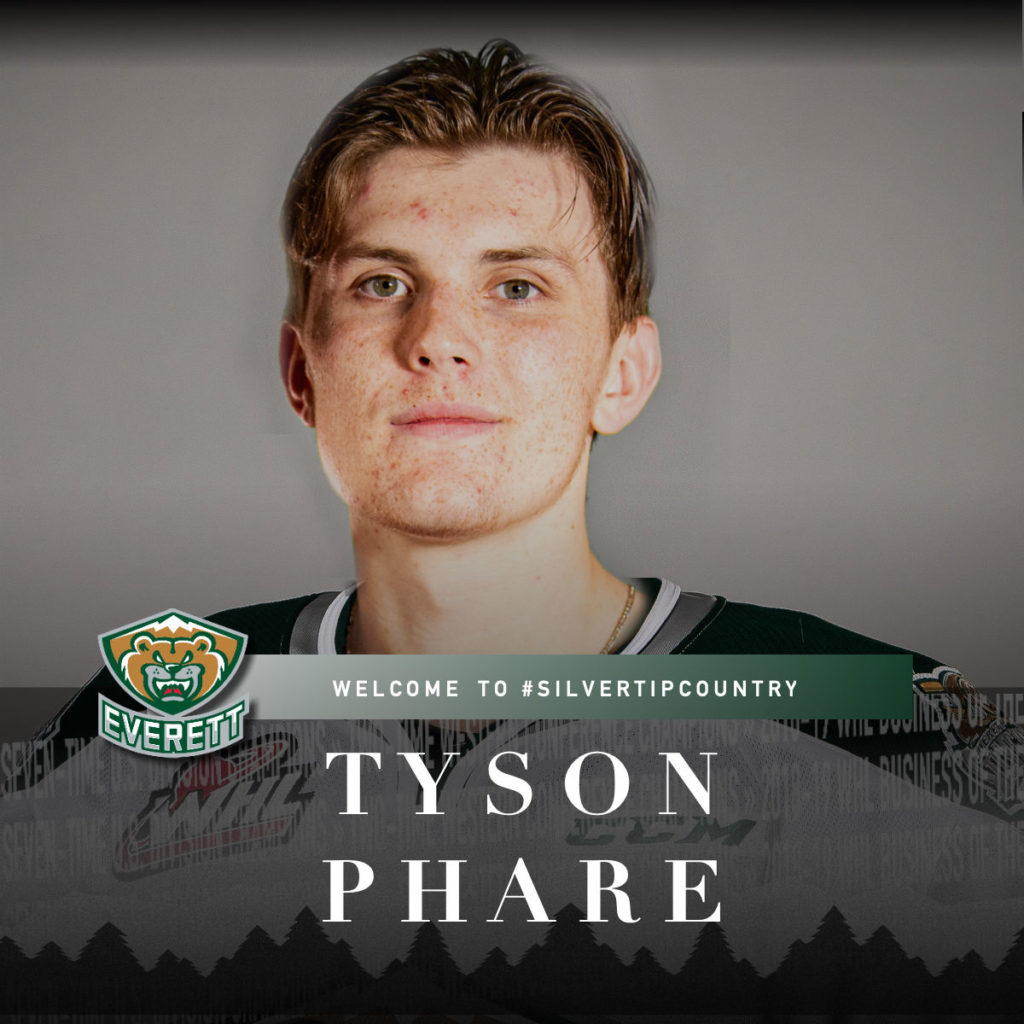 Phare, a 2002-born forward, will be eligible to suit up for the Silvertips next game, Saturday at Kamloops (7:05pm) and will wear jersey #34.

“Tyson brings an imposing, big frame that complements the make-up of our roster and our depth needs early this season,” said Davidson. “The feedback we received from him about the opportunity to become a Silvertip was enthusiastic and we’re looking forward to enhancing his development. The body of work he assembled as a first round WHL Draft pick is undeniable, and he has a terrific chance ahead to become a solid contributor in our group.”

The 6-foot-2, 194-pound forward has suited up in two games with five penalty minutes this season for the Hurricanes and scored a goal in three pre-season games. Phare was originally selected by the Prince George Cougars in the first round (18th overall) of the 2017 WHL Draft and has 18 games of experience with the Cougars and Hurricanes.

The native of Maple Ridge, British Columbia was acquired by the Hurricanes on May 2 from Prince George, in exchange for prospect Fischer O’Brien and last season suited up in 14 games with the Cougars and a plus-1 rating, along with four assists in five pre-season games.

Phare skated in eight games last season with Delta Hockey Academy Prep (CSSHL), earning ten points (1g-8a) along with ten penalty minutes and experience in three playoff games. Following his first round draft selection by Prince George, he finished tied for third in goals (20) and earned 39 points (20g-19a) in 27 games during the 2017-18 season with Yale Hockey Academy Prep (CSSHL) and scored a pair of goals in five games for Team B.C. at the WHL Cup, helping guide the squad to a gold medal.