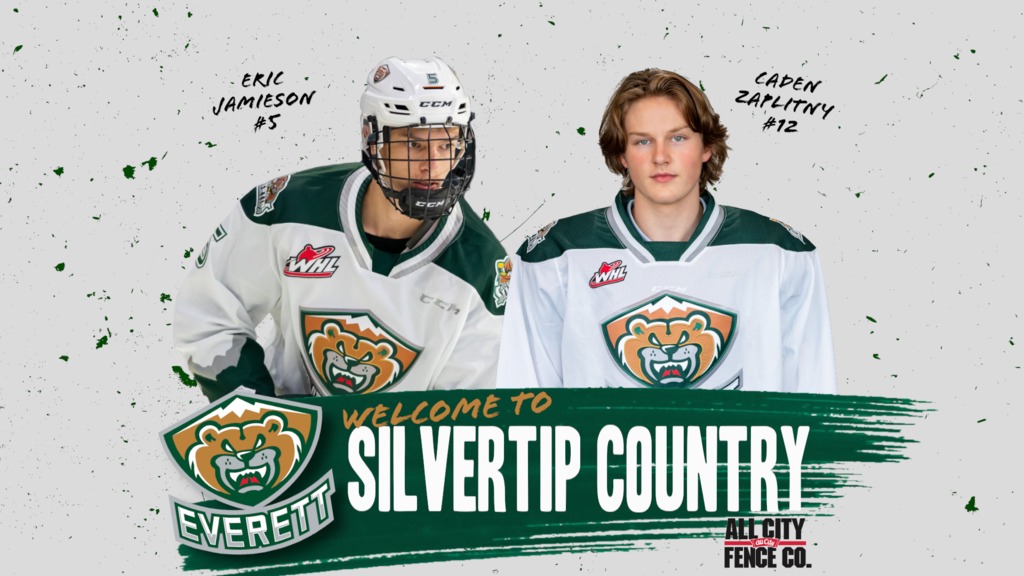 Jamieson, an ’05-born Calgary, AB native, has been skating with the Edge School U18 Prep team in his hometown. He has logged 10 points in 17 games with Edge School Prep this season. The 6-foot-2, 172 lb. defenseman signed a Standard Player Agreement with the Silvertips in September after being selected in the ninth round of the 2020 WHL Bantam Draft. Jamieson has been praised as a “rangy, sizable defenseman…who moves pucks well and isn’t afraid to get involved” by Everett director of player personnel Mike Fraser. Silvertips head coach and general manager Dennis Williams came away particularly pleased with Jamieson’s showing in training camp this fall.

Zaplitny, an ’04-born East Saint Paul, MB native, joins the Tips from the Winnipeg Blues in the Manitoba Junior Hockey League this season, where he has six goals and eight assists in 25 games. Zaplitny signed with the Silvertips on Nov. 30. A 6-foot, 170 lb. forward, Zaplitny has been hailed as a prospect “mature enough to play in all three zones” by Manitoba scout Doug Sinclair.

Jamieson will wear the number 5 for the Silvertips, while Zaplitny will wear number 12.