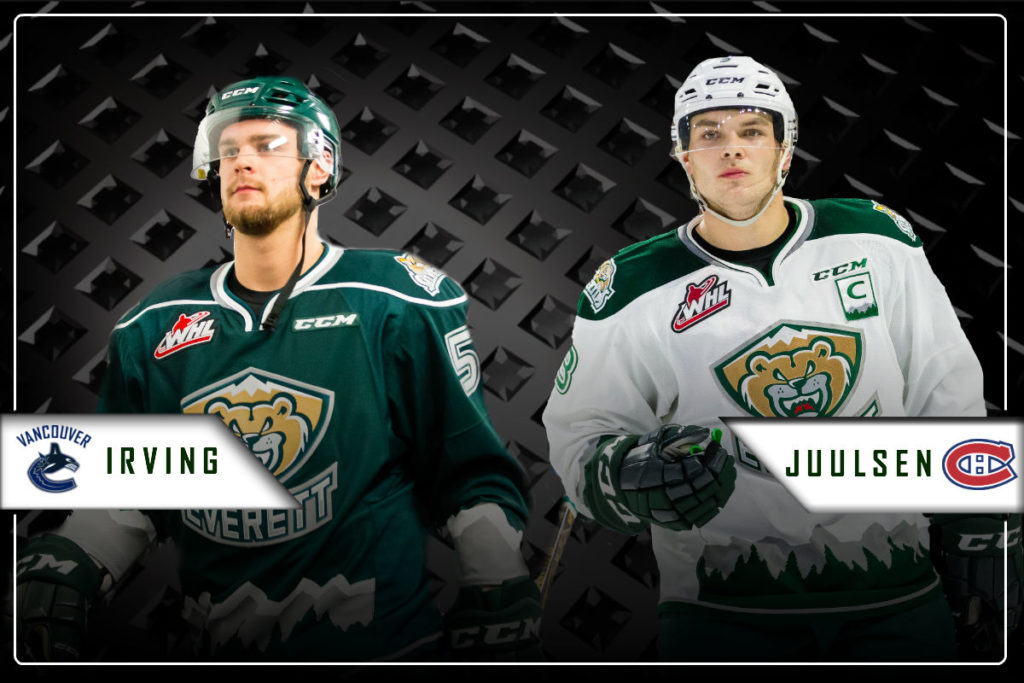 Tips alumnus Nikita Scherbak, forward, is also scheduled to participate with Montreal. Juulsen and the Canadiens will skate from July 2-5 at the Bell Sports Complex in Brossard. Irving and the Canucks will skate at the Doug Mitchell Thunderbird Sports Centre (UBC campus) and Rogers Arena in Vancouver, July 4-6.

Juulsen, 20, was captain for the Silvertips last season and earned a career-high 12 goals along with 34 points and a +15 rating in 49 games, adding a pair of assists in 10 playoff games. He is a back-to-back WHL All-Star honoree and was named a First Team Selection in 2016-17.

The 6-foot-2, 185 pound defenseman helped Canada earn a silver medal last winter at the World Junior Championships with two assists in seven games, and has 124 points and a +48 rating in 240 career WHL games across four full seasons. The Silvertips captured a pair of U.S. Division titles in the last three seasons with Juulsen on the blueline.

Juulsen was selected by Montreal in the first round (26th overall) of the 2015 NHL Entry Draft.

Irving, 21, completed his WHL career with the Silvertips and earned 141 career points and a +10 rating in 276 games between Everett and the Edmonton Oil Kings, and was acquired from Edmonton on Jan. 4 and a seventh round selection in the 2017 WHL Bantam Draft (Ryley Morgan) in exchange for forwards Graham Millar, Brett Kemp, and a first round selection in the 2018 draft.

The 6-foot-1, 198 pound blueliner helped guide Edmonton to a WHL and Memorial Cup title in 2013-14 and this past season earned a career high 58 points (18g-40a) in 71 games split between Everett and Edmonton. Irving was originally a sixth round selection (162nd overall) by the Nashville Predators in the 2014 NHL Entry Draft and made his pro debut in 2015-16 with Milwaukee of the American Hockey League, appearing in one game.

Over the first 14 seasons of play for the Silvertips, a total of 17 players have suited up with the Silvertips then advanced to play in the NHL.