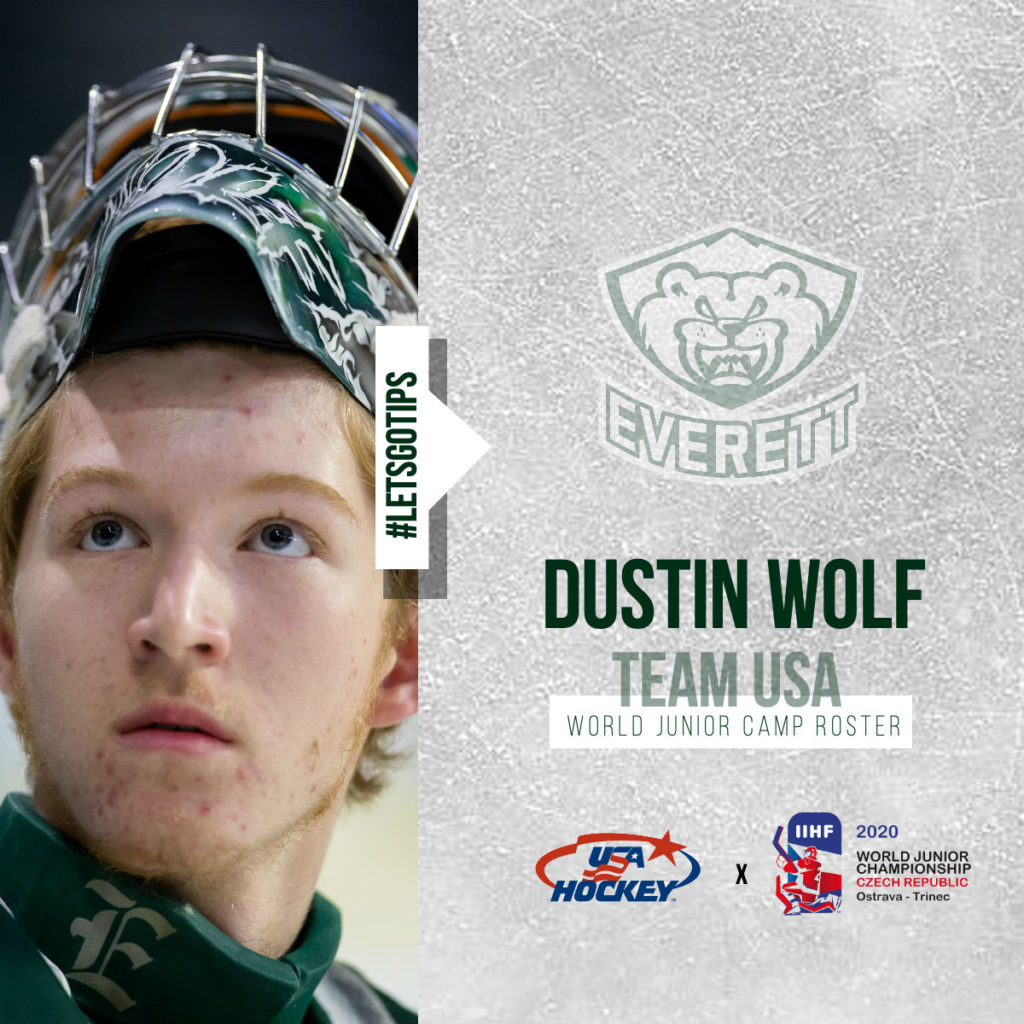 Wolf will be competing for one of 23 final roster spots for the tournament, with Team USA holding their training camp Dec. 16-17 in Plymouth, Mich. before travel to Czech Republic for pre-tournament competition. Team USA is expected to announce the final roster by Dec. 24, and unveiled their preliminary camp roster on NHL Network today.

“We were able to assemble a roster with great balance of youth and experience and we’re thrilled with the potential of this group,” said Vanbiesbrouck. “We had a deep player pool to select from, and that’s credit to all the organizations and volunteers developing the next wave of U.S. hockey stars. I know [head coach] Scott Sandelin and his staff are excited to bring these players together at camp as we begin the challenge of creating a final roster that will give us the best chance to bring home a gold medal.”

Team USA, skating in training camp for the event last December in downtown Everett, has medaled in four straight tournaments and last season earned the silver medal in competition at Victoria and Vancouver.

All Team USA games for the 2020 World Junior Championships will be carried live in the United States on NHL Network (check local listings).

UP NEXT: The Tips finish their five-game road stretch against the Portland Winterhawks on Friday, 7:00 p.m (KRKO / WHL Live) at Moda Center. The Tips open a homestand this Saturday for Teddy Bear Toss presented by Ace Hardware against the Vancouver Giants, 7:05 p.m. in downtown Everett. Tickets are on sale with a large crowd expected, available at the link below. The game will also host the next Chick-fil-A Fan 4 Pack, offering 4 tickets and 4 sandwiches for as low as $56.