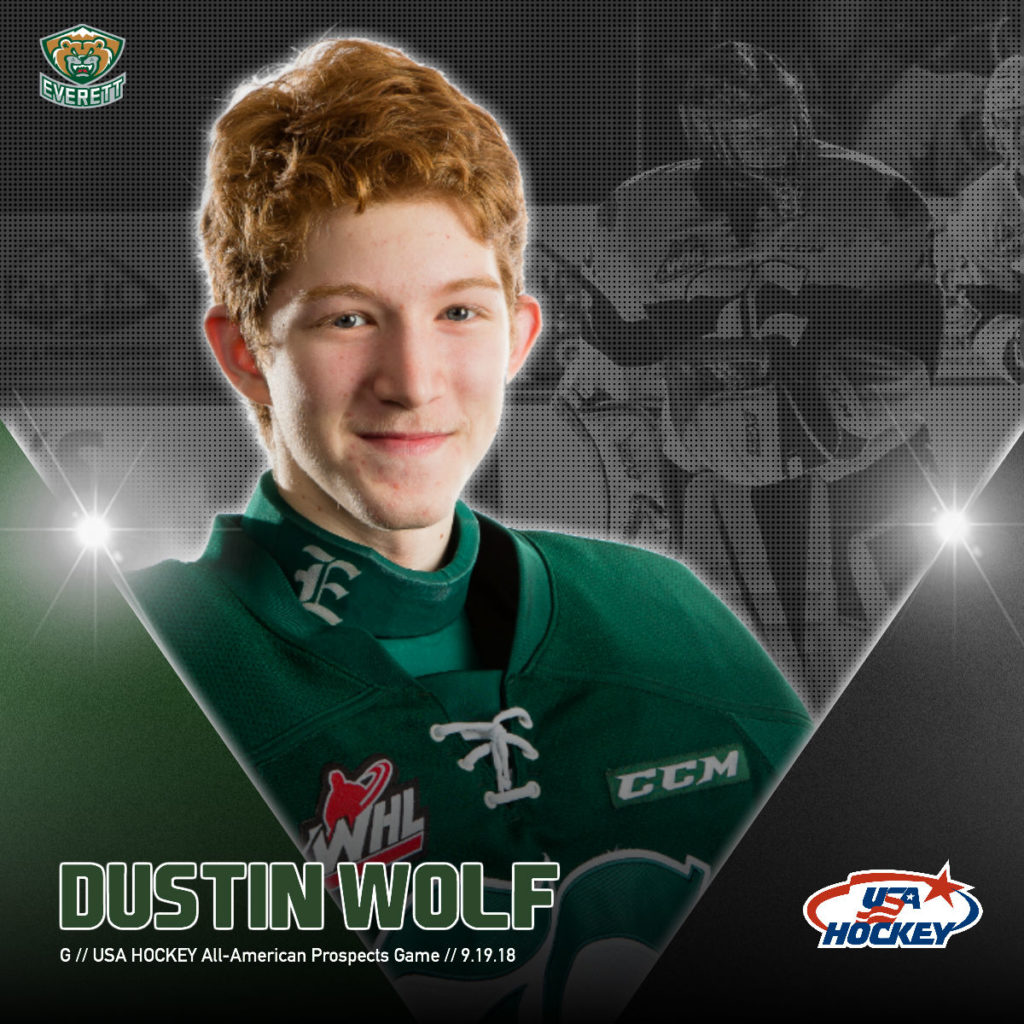 Wolf will suit up as one of 42 players identified as the top U.S.-born prospects eligible for the 2019 NHL Entry Draft. Last season, 28 players who participated in the contest were selected in the NHL Entry Draft, including Ottawa Senators prospect forward Brady Tkachuk (selected fourth overall), who earned most valuable player honors at the game. A total of 46 players, since the event launched seven years ago, have made their NHL debut including Jack Eichel (Buffalo), Dylan Larkin (Detroit), and Brock Boeser (Vancouver).

Wolf, a 2001-born goaltender, suited up for Team USA at this month’s Hlinka Gretzky Cup in Edmonton and earned a shutout in his tournament debut.  The native of Tustin, Calif. was a part of the Silvertips sixth U.S. Division title and second Western Conference title last season, and as a 16-year old was tied for third overall and led all WHL rookie goaltenders with four shutouts while earning a 13-6-0-0 regular season record, .928 save percentage, 2.25 goals-against-average and four assists in 20 appearances.

Wolf earned victories in his first two starts of his career, earning Vaughn CHL Goaltender of the Week honors the week ending Oct. 29 with 82 saves in 85 shots faced, becoming the youngest goaltender (16 years, 6 months, 11 days) in Silvertips history to earn a victory since Carter Hart (16 years, 1 month, 7 days) in 2014-15.

More information is available at www.allamericanprospectsgame.com.

Silvertips 2018 Training Camp will open at Angel of the Winds Arena on Thursday, Aug. 23 with the first scrimmage scheduled at 11:00 a.m. (free of charge to the public). Opening the Silvertips home schedule, which covers 34 games this season at Angel of the Winds Arena, is Opening Night against the Vancouver Giants on September 22 at 7:05 p.m. All fans will also witness the raising of the Silvertips sixth U.S. Division championship banner and second Western Conference championship banner to the rafters before the opening puck drop, and the first 5,000 fans at the doors will receive a collectible Silvertips magnet schedule, presented by Lamoureux Real Estate and Sound Transit. Season Tickets and Mini-Plan Packages are available at www.everettsilvertips.com/season. Opening Night for the Tips 2018-19 season is Friday, Sept. 21 at Vancouver (7:35 p.m., 1380 AM / 95.3 FM KRKO).