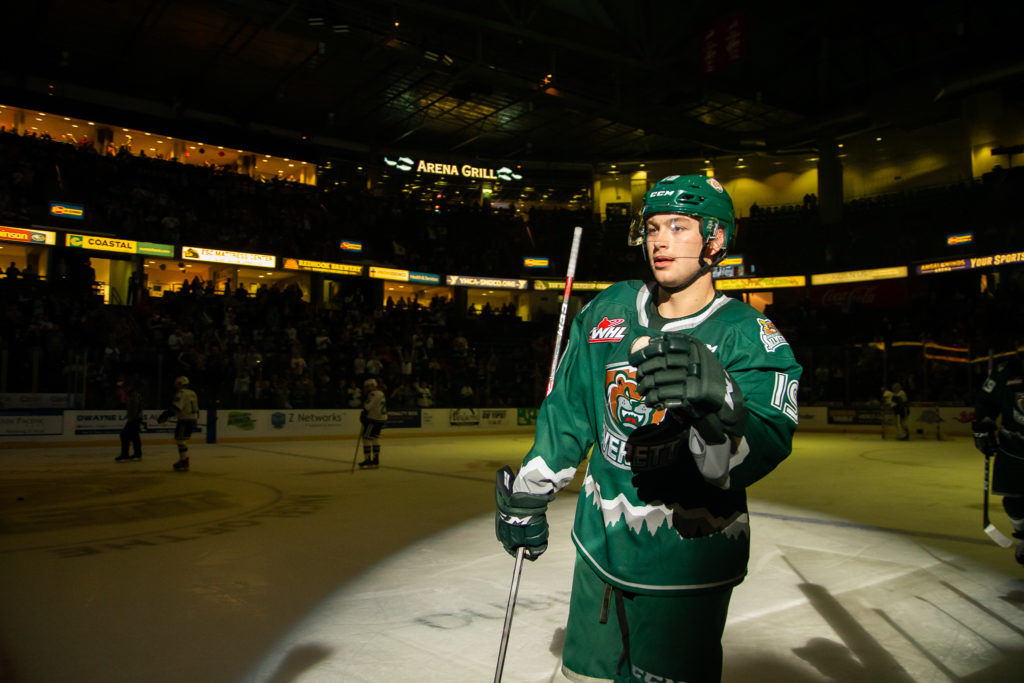 EVERETT, Wash. – The Everett Silvertips (@WHLSilvertips), seven-time U.S. Division champion and two-time Western Conference champion of the Western Hockey League, will close a five game homestand this weekend at Angel of the Winds Arena in downtown Everett with back-to-back home games, Friday at 7:35 p.m. against the Tri-City Americans and Saturday, 7:05 p.m. against the Prince Albert Raiders.

Fans attending games are invited to enjoy events throughout the arena such as beverage specials, Chick-fil-A ticket packages, and an opportunity to meet Silvertips players.

Friday’s game is Hockey Happy Hour, presented by Broad Stroke Associates, offering a game ticket and beverage voucher for as low as $25. Drink vouchers are redeemable for a complimentary draft beer, house wine, fountain drink or bottled water.  Additionally, groups of five or more receive a discount of up to $22 per ticket.

Door will open 90 minutes prior to the opening face-off.

»» IMPORTANT! One lucky fan in attendance will win free Chick-Fil-A for a year (must be present to win), with the winner announced during the game on Saturday night.

All fans in attendance are invited to free post-game autograph and photo session in the concourse of AOTW Arena.

The Silvertips, defeating the Brandon Wheat Kings on Wednesday, 3-2, have won five of their last six games and currently stand first place in the U.S. Division.

Broadcast coverage with Mike Benton, Justin Morrison, and Keith Black for both games this weekend open 30 minutes before puck drop, with Friday’s game available on KKXA 1520 AM / 101.1 FM, and Saturday’s game on KRKO 1380 AM / 95.3 FM.

The Tips ticket packages are on sale now, available at www.everettsilvertips.com/season or by calling (425) 252-5100 during normal business hours. Seven game packs are now on sale, offering a bonus eighth game for free.