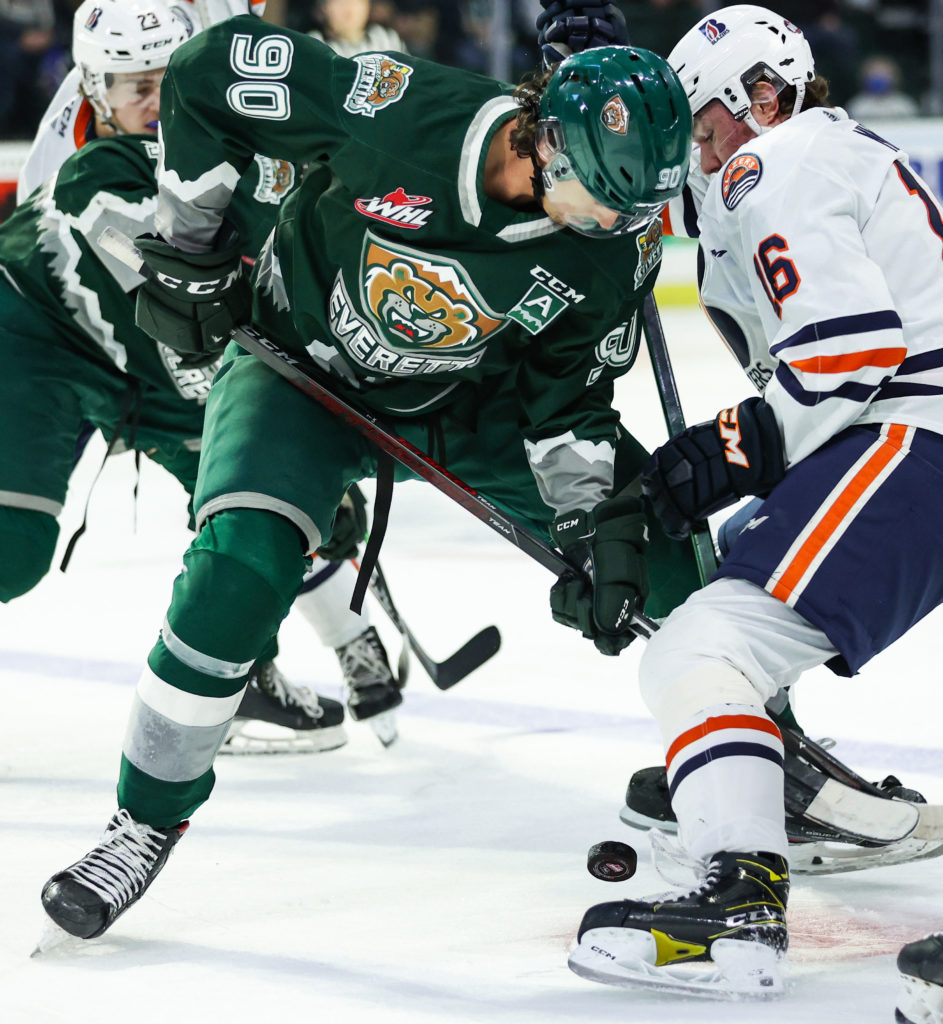 EVERETT, Wash. — The Everett Silvertips’ point streak has finally come to an end after 18 games.

After setting the franchise record for longest point streak in team history, the Silvertips finally fell in regulation Saturday night to the Kamloops Blazers the night after an overtime loss in Victoria.

Friday night’s matchup with the Royals was a back-and-forth affair, as Victoria leapt out to an early lead courtesy of Evan Patrician. The Silvertips would battle back as Jacob Wright redirected a Ronan Seeley shot from the blueline for his third goal of the season.

Victoria would again grab the lead in the second period, as Brayden Schuurman intercepted a pass in the neutral zone and slipped a wrist shot past Braden Holt for a 2-1 advantage. Minutes later, Ryan Hofer would power his way through several Royals defenders to set up Matthew Ng for a clear look at the net to once more tie the game for Everett.

Niko Huuhtanen would bang in a rebound early in the third period to give the Silvertips their first lead of the night. With less than five minutes remaining in regulation, Patrician potted his second of the game to knot the score at 3-3.

In overtime, Gannon Laroque sparked a 2-on-1 rush, finding forward Bailey Peach across the slot for the game-winning goal.

The following night would be a clash of the CHL titans, as the #2-ranked Silvertips hosted the #3-ranked Kamloops Blazers at Angel of the Winds Arena in front of 5,283 fans. Kamloops capitalized on an early powerplay opportunity, as Logan Stankoven netted his 12th goal of the season at 15:35 in the first period.

Kamloops natives Aidan Sutter, Dylan Sydor, and Logan Stankoven getting a photo together before tonight's game!

The Blazers extended their lead in the second, as Nick McCarry beat Koen MacInnes on a breakaway for a 2-0 lead- the first time all season the Tips have trailed by multiple goals. Alex Swetlikoff would get the Silvertips on the board late in the second, powering his way to the net for his 10th of the year.

Despite a late-game flurry of shots by the Silvertips and several close calls (including a no-goal call that required video review after a netmouth scramble with an Everett player in the crease), the Blazers would cinch the win with an empty-net goal with 41 seconds remaining.

Ryan Hofer would contribute a goal with 12 seconds left on the clock to bring the final score to 3-2 Kamloops.