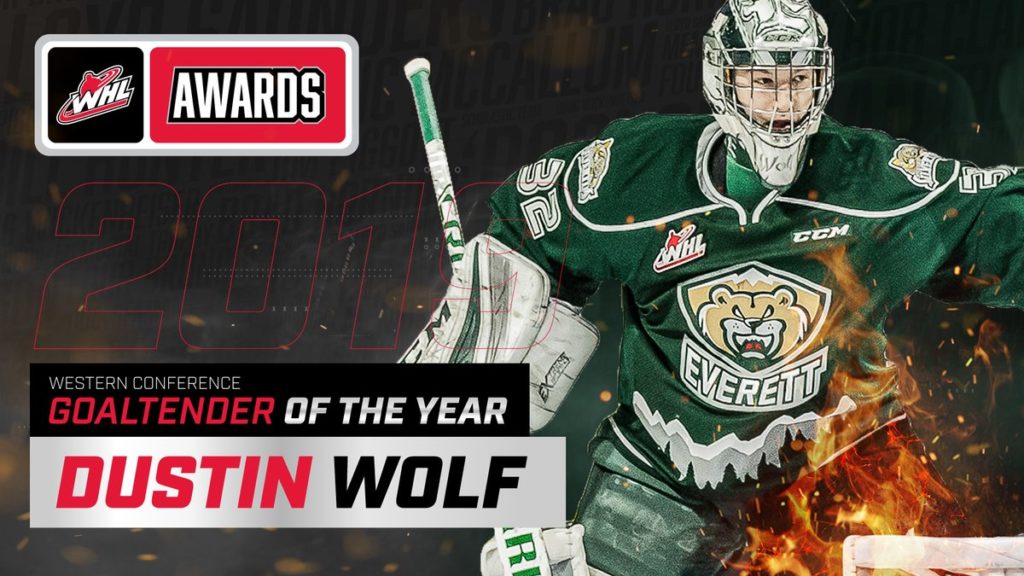 Wolf, 17, is eligible for the 2019 NHL Entry Draft and recently completed his regular season as the WHL leader in wins (41), save percentage (.936), goals-against-average (1.69), minutes (3,615), was second in shutouts (7), and fourth in saves (1,493), while setting a new Silvertips single season record in wins, posting the second highest save percentage in the franchise’s single season history, the second lowest goals-against-average in franchise history – and fourth lowest in WHL history.

Wolf, along with Eastern Conference winner (Ian Scott, Prince Albert), are nominees for the Del Wilson Memorial Trophy to be awarded on May 1 at the WHL Awards luncheon in Red Deer, Alberta.

He recorded 30 saves or more in a game, 12 times in the regular season and earned a season high 43 saves on Dec. 8 in a 2-1 victory over the Seattle Thunderbirds in Kent, Wash. On 31 occasions this season, Wolf allowed one goal or less in a game.

Before the start of the season, Wolf suited up for Team USA at the Hlinka Gretzky Cup in Edmonton and participated in the USA Hockey All-American Prospects Game, Sept. 19 in Minnesota which showcased the top U.S.-born prospects eligible for the 2019 NHL Entry Draft.