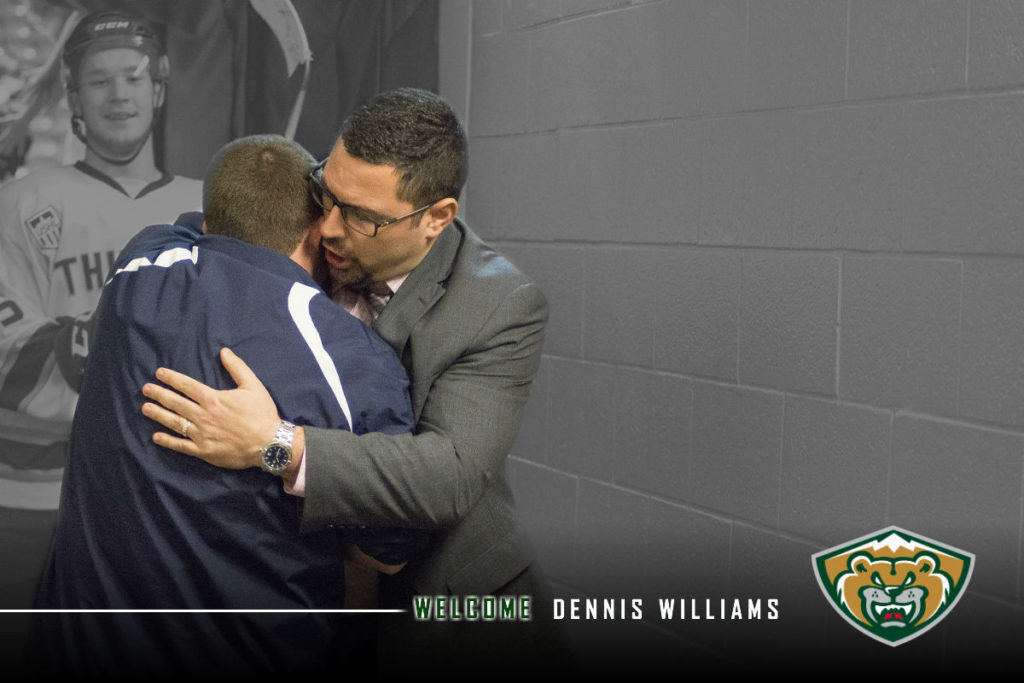 EVERETT, Wash. – On Monday, the next chapter of Everett Silvertips hockey delivered clarity in its next leader behind the bench, with Dennis Williams assming the reins as the fifth head coach in franchise history.

At the age of 37, Williams takes over the Silvertips program after amassing a .673 points percentage over the last seven seasons in the USHL and NAHL with Bloomington and Amarillo, respectively.

He’ll step into his first job at the WHL level but previously connected with many faces across the hockey world, including his involvement with the Chicago Blackhawks as a coach at their development camp.

Here’s what a few had to say:

“Dennis is very well prepared and carries a diversity of coaching experience at many levels. He’s lived in the balance of development and winning and has a very good track record of both. That’s what you’re looking for at the Canadian Hockey League level. He understands today’s athlete and he’s very detailed and organized. He holds guys accountable but can gives them space.”

“That’s why he’s been so successful. His guys always enjoy playing for him, his teams always play hard, and they have an edge about them.”
– DEREK LALONDE (Head Coach, Iowa Wild / American Hockey League)

“Dennis’ track record across many levels is supported by his ability as a confident communicator. He gets his points across as a very positive person with good communication skills. He’s up to date on intricacies of the game with systems and drills. He gets the kids to weave in their own individual abilities and as a whole, gets kids to buy in.”

“He gets the ‘new wave’ puck possession style without giving up defensively. He came into our development camp two years ago and we threw him into the deep end. With NHL and AHL coaches, he was right there.”
– MIKE DONEGHEY (Head USA Scout, Chicago Blackhawks, National Hockey League)

“Knowing him since he moved to Bloomington as a head coach and observing his team and personality, Dennis is very detailed in what he does. He’s easily approachable and one thing’s for sure: he’s very professional.”
– KEITH TKACHUK (5-Time All-Star / 19-year NHL left winger, Winnipeg, Phoenix, St. Louis, Atlanta)

Hate to lose a coach and person of this calibre and pedigree in the #USHL but congrats to you and your family, Willie. @BloomThunderHC https://t.co/pHcpkuQbYz

Williams, who is still in transit from his home in Bloomington, will be introduced to the media and fans at XFINITY Arena on Monday, May 22 (admission is free).

More details on the news conference will be coming soon.