SELECT-A-SEAT MONTH IS HERE | CLICK HERE FOR DETAILS & LOCK IN THOSE SEATS YOU HAVE ALWAYS BEEN LOOKING FOR!
May 18, 2022 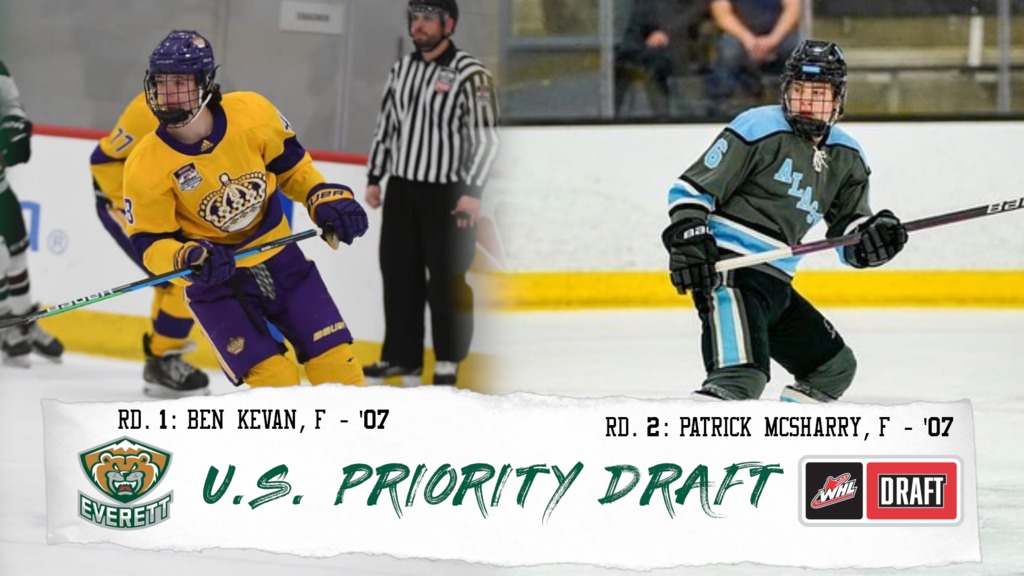 Kevan, an ’07-born Fairfield, CA native, was selected 13th overall in the first round of the draft. Kevan was an elite scorer with the Los Angeles Jr. Kings 14U AAA squad, notching 67 goals and 48 assists in 61 games played. He previously played for the Golden State Eagles 14U AA team in 2020-21, recording 20 points in 13 regular season games with eight additional points in five playoff outings.

“Ben is a very athletic scoring forward,” noted Silvertips U.S. scout Michael Devellano. “He has above-average speed and can score from multiple areas on the ice. He also has the maturity and character we look for in a player and all of this makes him an exciting prospect.”

McSharry, an ’07-born Anchorage, AK native, was the 32nd overall pick in the second round of the draft. He posted 46 goals and 23 assists for 69 points in 43 games for Team Alaska 14U AAA, helping lead his team to the Pacific Regionals finals game against the California Golden Bears.

“Patrick is a skilled forward,” explained Devellano. “He’s creative and shifty with an above-average shot.”

“Both players have tremendous potential and have the character and skillset that exemplify an Everett Silvertip.”