SELECT-A-SEAT MONTH IS HERE | CLICK HERE FOR DETAILS & LOCK IN THOSE SEATS YOU HAVE ALWAYS BEEN LOOKING FOR!
May 19, 2022 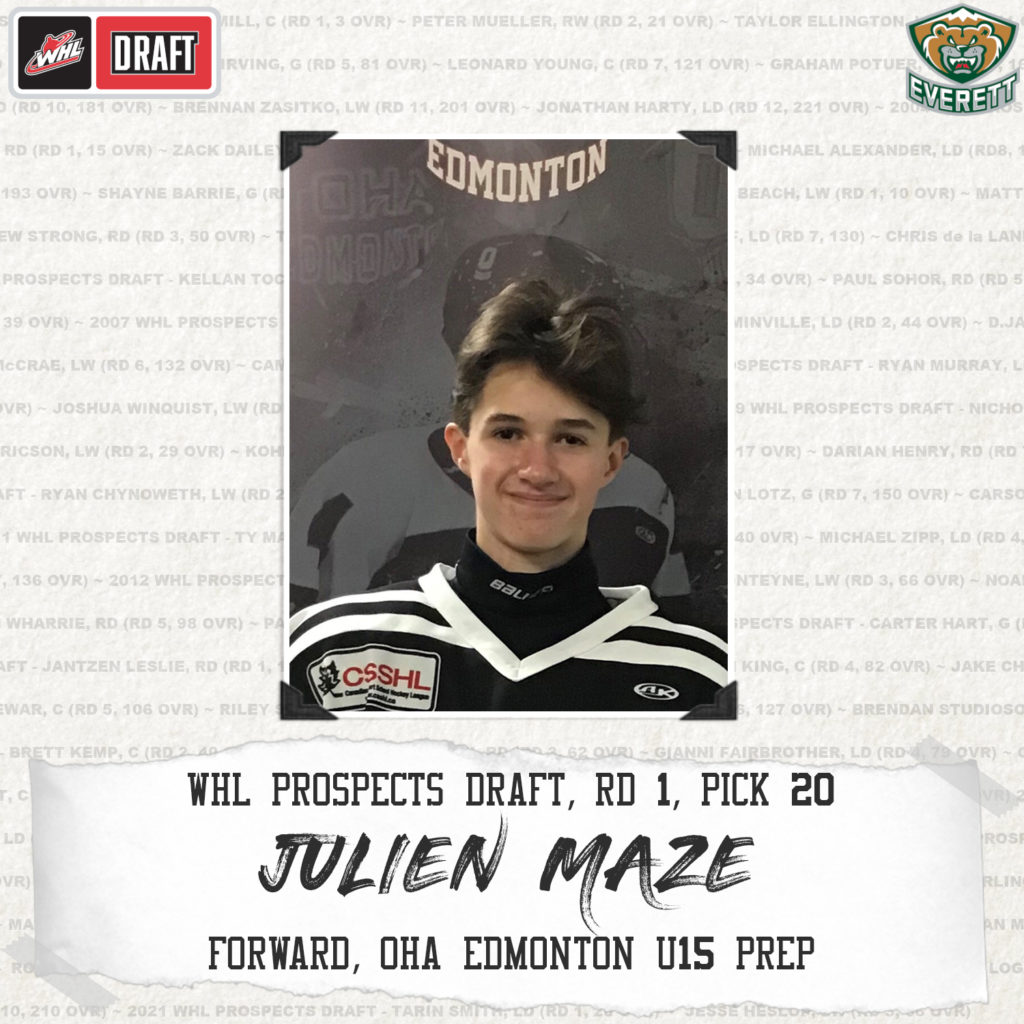 “We are really excited about adding Julien to our program,” commented Silvertips general manager and head coach Dennis Williams. “[Director of player personnel] Mike Fraser and our scouting staff have followed his progress since day one. His on-ice ability speaks for itself. He has high skill, great vision, playmaking ability, creativity and a terrific compete level. His approach to the game and his off-ice habits will only add to our team culture.”

Our first selection in the 2022 WHL Prospects Draft…

Maze, an ‘07-born Edmonton, AB native, impressed as one of the youngest prospects in the draft class this season. He amassed 23 goals and 24 assists for 47 points in 25 total regular season games played in 2021-22 with OHA Edmonton Prep at the U15 and U16 levels. He also contributed two points in three playoff games for the U15 Prep squad.

Additionally, Maze skated with Team Alberta Grey at the YouthCups tournament, netting six goals with three assists in five games played and coming away with Player of the Game honors in their Apr. 28 matchup against Team Alberta Black. He was named a tournament All-Star for his performance.

Earlier in the season, Maze was named a first-team all-star of the NWCAA Rocky Mountain Classic tournament.

“Julien is an exciting player that plays a quick and smart style of hockey,” noted Mike Fraser. “He is very good with the puck and has elite offensive vision. He will fit in perfectly with our group of forwards and our culture.”

A left-handed shot standing at 5-foot-8, 130 pounds, Maze is the third first-round selection the Silvertips have made in the last six drafts. Incidentally, all three picks have been taken at the 20th-overall spot, including defenseman Tarin Smith (‘21 draft class) and defenseman Ronan Seeley (‘17 draft class).