WHL DRAFT // Wednesday at 9am PT 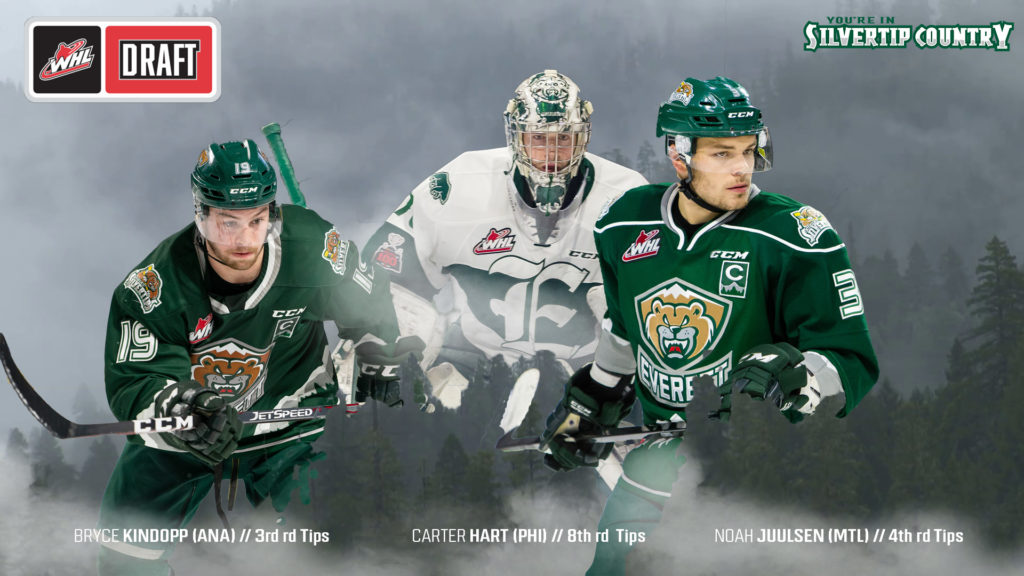 The future talent of the Western Hockey League and Silvertips jerseys takes their next step in the 2020 WHL Draft, Wednesday and presented exclusively online at whl.ca starting at 9am PT.

The Silvertips will make their first selection in the 4th round at 81st overall, and continue with round-by-round selections in the 7th round. The middle rounds have been anything but a guessing game, and the Silvertips still have plenty of opportunity to turn potential into impact.

Since Silvertips general manager Garry Davidson took control in 2012, below are players selected in the third round or later, who’ve made their WHL debut with the Tips:

The Silvertips have sent 19 players in 17 seasons to play in the National Hockey League, while three Silvertips by the end of this season signed entry level contracts with NHL teams and four current Silveritps – defensemen Kasper Puutio (2002 born) and Ronan Seeley (2002), and forwards Gage Goncalves (2001) and Michal Gut (2002) have been ranked by NHL Central Scouting for the NHL Draft.

The Silvertips, winners of seven U.S. Division titles and based on Everett, Wash. (30 miles north of Seattle, WA), play at the state-of-the-art Angel of the Winds Arena where they drew 5,730 fans per game, third most in the entire WHL.

Stay tuned to everettsilvertips.com for updates.