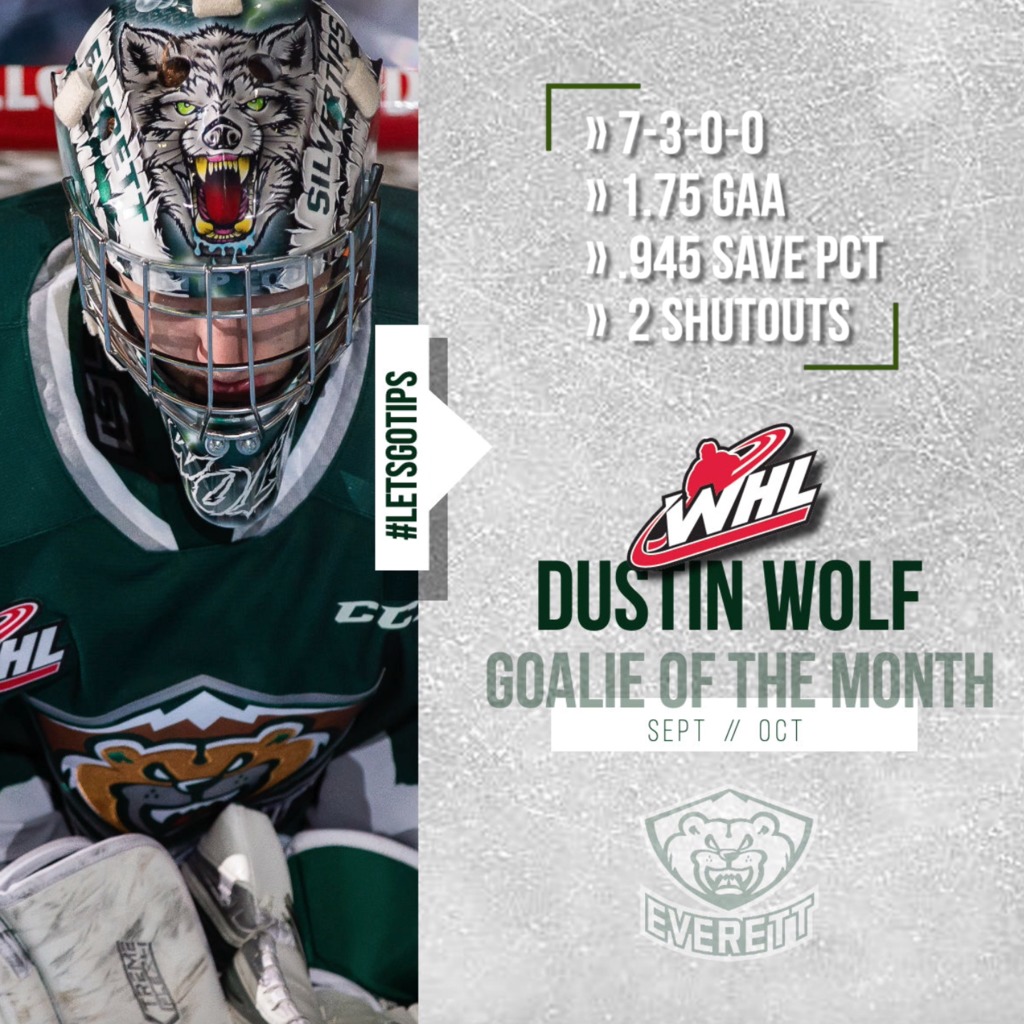 EVERETT, Wash. – The Everett Silvertips (@WHLSilvertips), seven-time U.S. Division champion and two-time Western Conference champion of the Western Hockey League, announced today in conjunction with the WHL that Silvertips goaltender Dustin Wolf has been named the WHL Vaughn Goaltender of the Month for September and October, 2019. It is the second monthly honor of Wolf’s career and the sixth Silvertips honoree in the last three seasons.

Wolf, 18, earned a 7-3-0-0 record, 1.75 goals-against average, CHL-leading .945 save percentage, and two shutouts in 10 games as the Silvertips reclaimed first place in the U.S. Division and Western Conference with a 9-3-0-0 record to begin the 2019-20 WHL Regular Season. Overall, he ranked fourth in the league for wins, one behind a three-way tie for first place, and is tied for first in shutouts. Wolf also ranks third in GAA and second in save percentage among goaltenders to appear in at least five games this season.

The Tustin, Calif. native was selected by the Calgary Flames in the seventh round (214th overall) of the 2019 National Hockey League Entry Draft and earned a victory in his first prospect game appearance with the Flames, an 18-save performance against the Edmonton Oilers in a 3-1 victory at Scotiabank Saddledome on Sept. 10.

UP NEXT: The Tips return to play at home tomorrow against the Portland Winterhawks at 7:35 p.m. (KKXA / WHL Live) at Angel of the Winds Arena. Tickets for Hockey Happy Hour (Broad Stroke Associates) are now on sale at the link below, offering a ticket and beverage as low as $25.