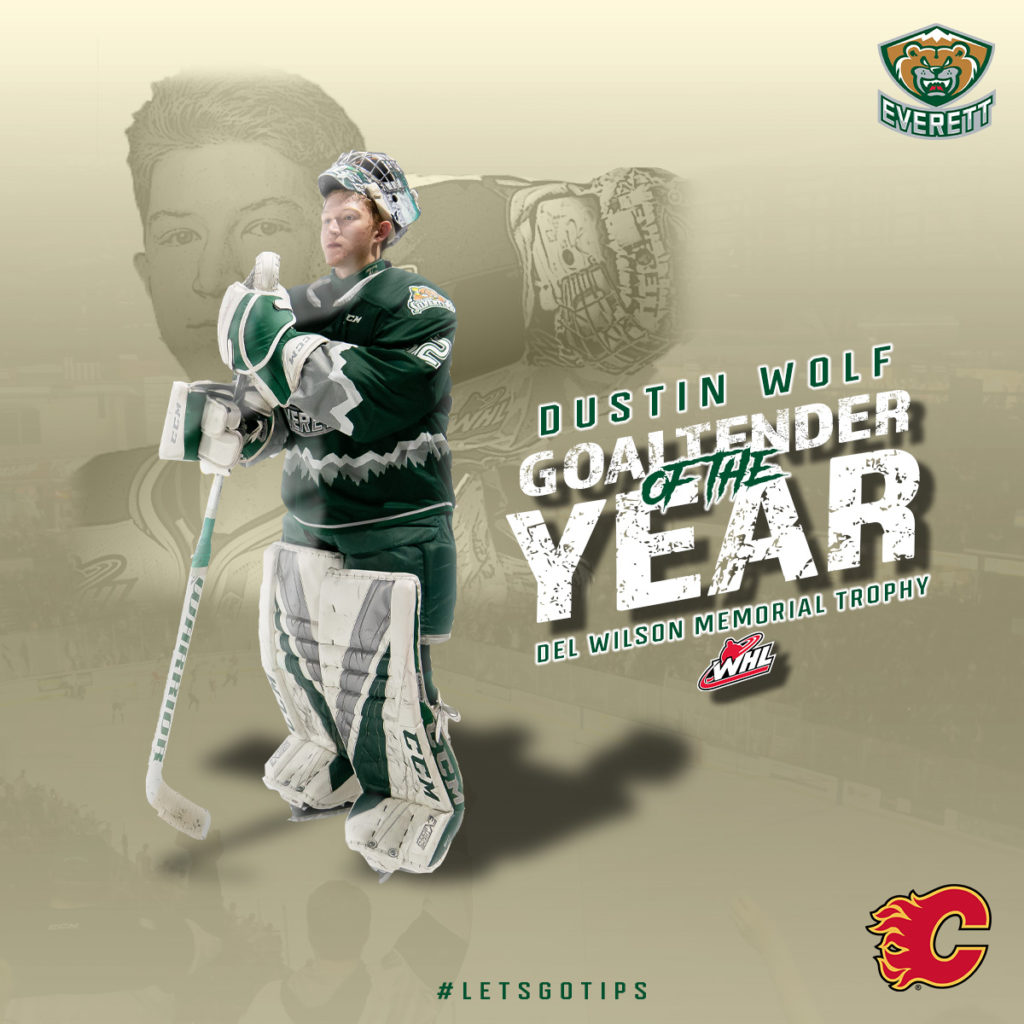 EVERETT, WA – The Everett Silvertips, proud seven time U.S. Division champion and two time Western Conference champion of the Western Hockey League, announced in conjunction with the WHL that goaltender Dustin Wolf has been named recipient of the Del Wilson Memorial Trophy as WHL Goaltender of the Year. The award is the first for Wolf’s career, and the fourth time a Silvertips goaltender has captured the award in the last five seasons.

“Dustin Wolf is incredibly deserving of the WHL Goaltender of the Year award and we’re a proud family in Silvertip Country for his accomplishment,” said Silvertips general manager Garry Davidson. “His metrics measure up to elite level criteria and since the first day of training camp, you could see the determination in his eyes to do incredible work this year in net. He never let up, always kept his focus, and went the extra mile to make his teammates better. He’s a special player for our program, and has only begun to scratch the surface of the work he can do until he finishes his career. We congratulate Dustin and are thrilled to celebrate this milestone with him.”

“It’s a very exciting day to see Dustin rewarded like this for the hard work he’s put in since day one,” said Silvertips head coach Dennis Williams. “He’s proven every day he’s a top goaltender – not just in the WHL – but also the entire Canadian Hockey League. It comes from determination, work ethic, and commitment on wanting to be the best, while contributing to our team’s success. He cares so much about his teammates, the organization, our community, the city, and Snohomish County while staying committed to community, academics, and attention to detail. It all makes him a spectacularly well rounded athlete, and a pillar of what we’re building. We’re very happy and very proud of him to be named WHL Goaltender of the Year.” 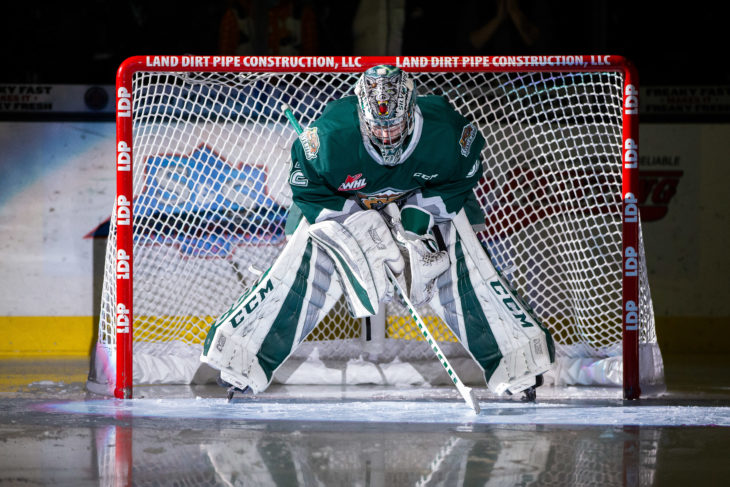 Wolf, 19, was most recently named back-to-back Western Conference Goaltender of the Year of the Western Hockey League for the 2019-20 season, leading or tying for the lead for the WHL in four goaltending categories: wins, shutouts, save percentage, and goals-against-average while, was named Silvertips co-Most Valuable Player and twice was named WHL Vaughn Goaltender of the Month this season. With Wolf in net, the Silvertips reached the top of the WHL’s U.S. Division and Western Conference with a 44-12-3-1 record through 60 games, good for 92 points and finishing the season with victories in 13 of their final 14 games, a 46-13-3-1 record, 96 points – second most in the U.S. Division and entire league.

“To be named WHL Goaltender of the Year is obviously a recognition that comes with a lot of satisfaction,” said Wolf. “Though my name may be go on the trophy, I see it as a team award. The great season we had in Everett was because of a collective group effort. If we’re not on the same page, success won’t happen. My teammates are incredible, they come to the rink every day prepared to work hard, and pay close attention to detail. I am very grateful for them, the coaching staff, our goaltending consultant James Jensen, and our fans who supported us every game. It’s a milestone that motivates me for future opportunities, and I’m looking forward to pursuing them with full commitment.”

Wolf signed his three-year, entry level contract with the Calgary Flames on May 1. The 2001-born goaltender earned a victory in his first prospect game appearance with the Flames, an 18-save performance against the Edmonton Oilers in a 3-1 victory at Scotiabank Saddledome on Sept. 10.

The native of Tustin, Calif. was selected by the Flames in the 7th round of the 2019 National Hockey League Entry Draft and embarked on a season where he led the WHL in goals-against-average (1.88), shutouts (9), save percentage (.935), and tied Joel Hofer of Portland for the league lead in wins (35), going 34-10-2-0 in 46 games. In Silvertips single season history, his nine shutouts tied Carter Hart (2016-17) for third, his .935 save percentage is third highest, and his 35 wins tied Hart (2015-16) for third. Last season, Wolf also represented USA Hockey at the 2020 IIHF World Junior Championships, earning a victory in his sole appearance. 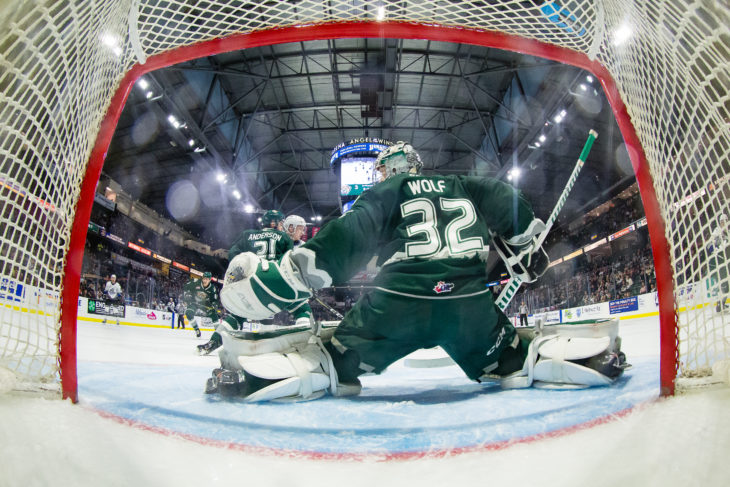